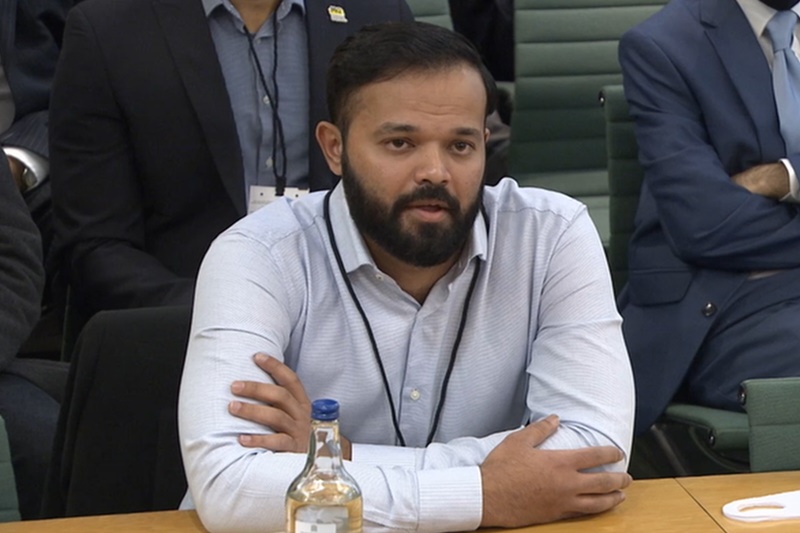 It’s time to write an article about Yorkshire because eventually the absence of something can start to look deeply suspicious.

In 2006, before this site even had its own domain name, we made a snarky comment about how Adil Rashid had made a splash by being a Yorkshire-born player of Asian origin who played a match for Yorkshire. “That really shouldn’t be news,” we pointed out.

And in a perfect world, it shouldn’t have been. It should have been just a thing that regularly happened. But of course it was news.

Our feeling at the time was that 2006 was plenty late enough that Yorkshire should already have been fully exploiting the playing resources available to them in lower levels of cricket.

So we made a comment. And when we didn’t say anything else for 15 years.

Perhaps we mentioned it again in passing at some point or other. Yorkshire’s record in this area is certainly a thing we’ve thought about from time to time. But the point is it didn’t become a thing we went on about. It wasn’t a thing we repeated again and again and again – and Lord knows, this is a website that is unafraid to repeat itself.

And that’s not good enough really, is it?

Now we’re not kidding ourself that we’d have made any difference to Yorkshire County Cricket Club or wider society. We are however saying that in neglecting to repeatedly highlight something that we thought was very shit, we failed in a social duty. And probably we’re not alone in that.

Our non-campaign seems symptomatic of the way many of us thoughtlessly acquiesce if a problem is sufficiently deep-rooted and long-standing. We honestly felt like there would be a whole series of Asian heritage cricketers at Yorkshire after Rashid, but it took a while to discover that wouldn’t be the case and there was no real extra newsworthy moment to provide a lightning rod for that failure. News is things happening and Yorkshire’s pathetic record was very much characterised by things not happening.

The upshot is that we basically criticised Yorkshire the one time they showed signs of making progress.

There was obviously a reason why Yorkshire always had such an unrepresentatively white playing staff; it obviously wasn’t a good reason; and now we’re starting to learn why – or at least some of the reasons why, because of course that team environment didn’t materialise in a vacuum.

And what a team environment it was/is.

When Andrew Gale, as captain, (allegedly) said he wanted to get back to, ’11 players, Yorkshire born and bred,’ that wasn’t insanely welcoming to a young player born in Pakistan.

Calling all players with non-English names “Kevin” isn’t friendly either. Neither is calling someone a “Paki” or an “elephant washer”. If you argue that telling all the non-white players they have to sit together is a joke, is it a joke that’s going to make them feel part of the wider team or somehow distinct from everyone else?

When Michael Vaughan (again allegedly – although given that three of the four players he was addressing agree that he said it…) told some of his team-mates, “there’s too many of you lot – we need to have a word about that,” perhaps that was a joke, yeah?

Perhaps – let’s be generous here – perhaps in Vaughan’s head, the joke was how ludicrously far removed from his true feelings such a sentiment was. But even if that were the case, how can anyone else know that for certain? Simply by saying such a thing, you force people to try and interpret it. It cannot be shrugged off.

Imagine going through those same thought processes every single time there’s some comment at your expense. Imagine how wearing it must be. Imagine how alienating it would feel to be forever trying to gauge the exact degree to which you might be unwelcome with each and every one of your team-mates.

“There’s too many of you lot – we need to have a word about that.” Maybe it’s just a joke – but then the four of you never play another game together…

Now imagine being at training and you get a phone call in which you learn there’s no heartbeat from your unborn son. Imagine looking to the people around you and, in Azeem Rafiq’s words: “They weren’t really bothered.”

Maybe that wasn’t racism. Maybe it was just a bunch of blokes who’d spent their whole lives playing a game for a living not knowing how to deal with real life. But maybe this constant othering – this so-called banter built on victimisation – built an emotional distance that resulted in a basic failure of humanity.

Not playing for Yorkshire

“He probably doesn’t remember it because it doesn’t mean anything to him,” said Rafiq about the Vaughan comment.

That’s been the environment: casually hostile without ever really giving it a second thought. What does that result in? It means that even if all else is equal – which of course it isn’t – it’s that much more of an uphill struggle for an Asian heritage cricketer to establish themselves and then excel in first-class cricket.

In 2021, in a county where 60-70 per cent of recreational cricket is played by people of South Asian origin, Adil Rashid is the only British Pakistani cricketer in Yorkshire’s first team squad.

People can talk about pathways and listening and learning and how they’re working to do more, but those facts say this is easier to resolve than that. We’re not talking needles in haystacks here. We’re talking needles in big piles of needles with the odd bit of straw poking out.

This is worth highlighting. This is worth mentioning a lot more than we do. It is a thing we should all be talking about reflexively so that we don’t ebb back into, “They’re working at it – hopefully we’ll see some results in the coming years.”

Yorkshire’s record is terrible. Other counties aren’t much better. The number of black British professional cricketers has also bombed – down by 75 per cent in the last 25 years.

We, as fans, can’t resolve these things. But we can sure as shit moan about them. It takes great bravery for a victim to call out institutional racism. It also takes a certain amount for colleagues of those victims to raise concerns when they’re most likely complaining about team-mates and bosses. It takes no bravery whatsoever to shout from the sidelines though. There’s no excuse for not doing so.

It may seem futile and it probably won’t achieve a lot, but if enough people make noise about these things, it keeps those topics alive. If nothing else, it may be enough to prick the odd bubble and allow awareness of the wider world to rinse a festering subculture or two.

Writing takes time. Our Patreon backers buy us that time and we’re incredibly grateful. As a freelance writer, every pound for King Cricket is a pound that we don’t have to earn off someone else. Find out more here. Alternatively, if you’re not quite sure about that yet, you could just sign up for our free email here and see what we do.