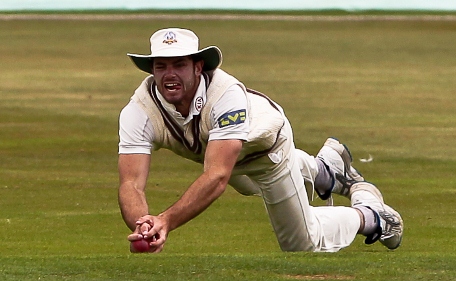 Tom Maynard was a talented batsman and he may or may not have turned out to be a very significant cricketer. But that question – as to what he might or might not have achieved in cricket – isn’t really the point, is it? The point is that no-one will ever know because he’s been killed at the age of 23.

Reports say that Maynard was hit by a train after fleeing police who’d stopped his car in the early hours of the morning. Whatever it was that caused him to run, it can’t have been that bad.

23 is no age. Even in a career as short-lived as a cricketer’s, you can’t really have much of an idea what someone might achieve when they’re only 23. There should be plenty of life beyond that too; plenty of things Maynard might one day have done.

For those of us who follow cricket, we’re probably thinking of his dad, Matthew, and of how he might have enjoyed watching his son have the international career he himself deserved. But there’s far more to it than that for the family. Tragic news. Completely bloody tragic.