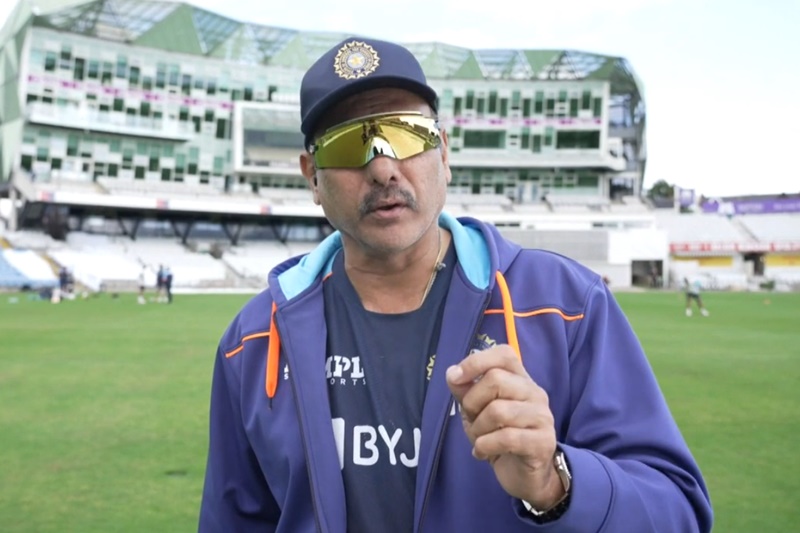 Once upon a time, we didn’t much care for Ravi Shastri. Now we do. And it isn’t just his habit of wearing the worst sunglasses in the entire galaxy.

As a commentator, Shastri was terrible. A relentless purveyor of booming cliché, he’d have been easy to ignore if he hadn’t also been so loud and omnipresent.

Then we saw him on The Verdict and were like, “Oh, okay, turns out this guy isn’t a complete idiot.”

And after that he became involved with the Indian national team.

Shastri’s stints as India’s director of cricket and coach have brought many events and public pronouncements. We have liked some and disliked others, but all have in some way contributed to the main reason why we very much like him now.

The reason why we like Ravi Shastri is because he is quite incredibly Ravi Shastri-y. This may seem a small and obtuse thing, but it absolutely enough for us.

Last week Shastri was interviewed by Donald McRae for the Guardian. At one point he commented on having had Covid recently.

“It was funny because in my 10 days I didn’t have a single symptom barring a little sore throat,” he said. “I never had any temperature and my oxygen level was 99% all the time. I didn’t take any medication through 10 days of my isolation, not a single paracetamol. I tell the guys: ‘Once you’re double jabbed, it’s a bloody 10-day flu. That’s it.’”

We put it to you that if you know Ravi Shastri at all, it is impossible to read those words without hearing them in his voice.

Boom, boldness, bombast, belligerence (all the Bs). Those few sentences hold the very essence of Shastri.

He is a man of deafening certainty; a man almost cartoonish in character.

Elsewhere in that article, Shastri announces that he would like to see “less and less bilateral T20 cricket.”

Strikingly, he said this just a week before his employer announced the coming year’s home fixtures. These include a five-match T20 series against South Africa among other things. (Vital preparation in a year that ends with a T20 World Cup? Or wholly unnecessary in a year that also begins with one?)

“In my seven years with this Indian team I don’t remember one white-ball game,” he added. “I don’t remember a single game. Test matches? I remember every ball. Everything. But the volume is too much. We beat Australia 3-0 in the T20 series. We beat New Zealand 5-0 in New Zealand. Who cares?”

Shastri has had more than his fair share of jobs within the BCCI and it’s tempting to see this as his employer speaking; implicitly expressing its contentment with a world where the IPL would be the only short format cricket in town.

Maybe it is. Maybe he’s operating as a mouthpiece. But it also seems like Shastri being Shastri; admitting that he doesn’t give a flying full toss about half of his job, even while he’s still doing that very job.

This is Shastri’s inherent Shastriness: his complete inability to do anything other than bulldoze through life with bulletproof conviction and the volume turned up slightly too high.

Obligatory reminder that there’s a King Cricket email you can get.