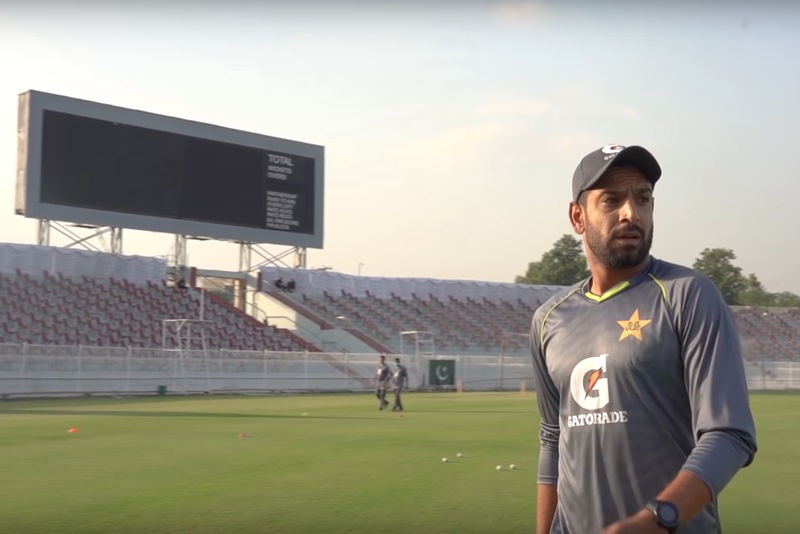 It’s always been the case that some tours have been easier to cancel than others. Assorted pressures mean cancellations are coming thicker and faster at the minute. What are the implications of this?

Earlier this month, we wrote that the threshold for binning the Old Trafford Test was lower than normal. In another year, that match would have been played, but Covid cases, bubble life and the impending resumption of the IPL meant there was simply insufficient appetite for it in 2021.

So it is with some tours. There’s been a gargantuan effort to bring international cricket back to Pakistan, but it’s not like once this was achieved, everything was hunky dory. The great boulder of touring reluctance couldn’t quite be held at bay long enough for New Zealand to take the field on their first visit in 18 years, for example.

New Zealand Cricket said they had received a ‘credible threat’ to the safety of their players and with an international cricket team having once been specifically targeted in Pakistan, that was enough to spook them.

New Zealand’s spooking was then sufficient to spook England. After first making reference to, “increasing concerns about travelling to the region,” the ECB somewhat nebulously cited a reluctance to, “add further pressure to a playing group who have already coped with a long period of operating in restricted Covid environments.”

The board claimed its highest priority was, “the mental and physical well-being of our players and support staff.” This must have come as news to Heather Knight who inadvertently revealed that no-one had actually thought to ask her or her team about the matter before taking the decision.

Pakistan Cricket Board chair, Ramiz Raja, now reckons that the West Indies will be “jittery” ahead of their visit later in the year and also expects Australia to cancel their tour in February. He is almost certainly correct on that second count because Australia quite simply don’t play away Test matches any more. The last time they did so was the 2019 Ashes.

It’s not that they don’t want to play Tests overseas; it’s that their appetite for doing so stretches only so far. And that’s what we’re coming up against again and again at the moment.

It applies to every team really – albeit far more obviously to some than others. Various pandemic-induced factors mean that the Actually Let’s Not Bother Threshold is very consistently being reached.

The Actually Let’s Not Bother Threshold

It’s not that teams don’t want to play in Pakistan or wherever. It’s just that there’s an awful lot of cricket and now it’s a whole lot more draining than it was before. And so if something has to give, then…

Boards schedule these matches wanting to play them, but then situations keep arising where there’s just a bit too much congestion. And it’s so often the same sorts of fixtures that wind up getting abandoned.

That’s a problem. We’ve written about there being too much top level cricket too many times to even bother digging up an appropriate link, but this kind of unfocused nibbling away around the edges isn’t a way of dealing with it. It’s ad-hoc optimisation of an ecosystem with no thought given to the bigger picture. (Oh okay, maybe one link. Try this piece bemoaning the need for England to implement a squad rotation policy.)

From T10 to Tests and from bunsens to greentops, the brilliance of cricket lies in its breadth and scope and variety. When you strip things back to only the biggest, most obvious engagements, you diminish the game as a whole.

Do England fans want an endless merry-go-round comprising nothing more than Ashes series, 50-over World Cups, India series and T20 World Cups? Of course not. But if you keep cutting away what you perceive to be the fat, that’s probably what you’ll be left with.

Several years ago we undertook one of the weirdest and least-crowd-pleasing projects of our whole, weird, crowd-shunning writing career. We wrote a five-part piece of fiction about cricket administration for Cricinfo.

The story was not about boards cancelling tours due to a concatenation of outside factors, but it was about paring back cricket based on a narrow set of criteria.

We’re not sure we’re recommending that you read it exactly because it is (a) long and (b) in the words of one reader, “depressing.” But it does seem pertinent, so we thought it warranted a mention.

We’ll also mention that you should sign up for our email, if that’s okay.