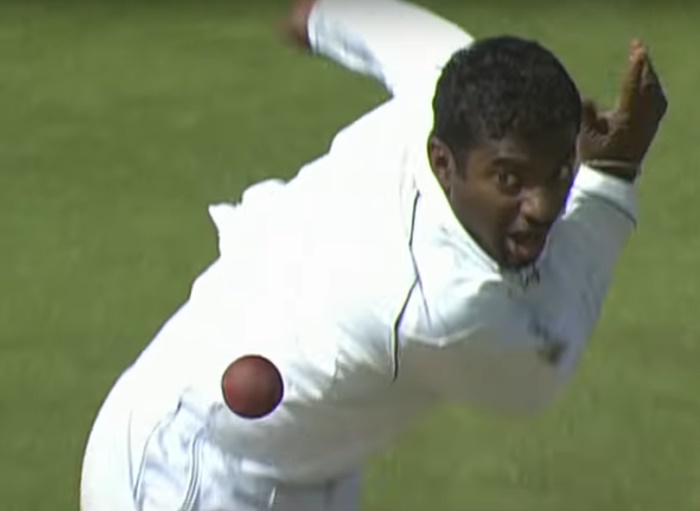 Thanks to all our Patreon patrons for funding this site. There’s no way this kind of feature would appear in a proper publication. Your crowdfunding makes this pointless cobblers possible. If you enjoy the site and feel it’s worth a quid (or the cost of a pint) each month, you can become a patron here.

For no reason at all, let’s go through each of the Test-playing nations and work out whether their all-time top five wicket takers would form a balanced attack if they were to play in the same team.

We could argue that the constitution of each attack says something about that particular Test nation, but really this is just a stupid thing that we want to do, so we’re doing it.

A balanced attack means at least one spinner but probably no more than two. Extra points for left-armers and for anyone who bowls a bit weirdly.

For added intrigue, let’s also see if those five players would form a credible lower order. We’re looking for at least one person who can score hundreds to bat at seven and also someone who can hit fifties to bat at eight. Anything beyond that is a bonus.

Whichever nation has the best all conditions attack and lower order wins the first however-many-years of Test cricket and then we’ll move onto a new cycle that starts when you finish reading this.

A slightly weird start in that Afghanistan’s fourth-highest wicket-taker has only taken six wickets. Leg-spin, fast-medium, off-spin, slow left arm and left-arm wrist spin. This attack is brilliant and demented but unarguably a little light on pace bowling.

Despite his Test average of 5.50 we’d argue that Nabi is capable of Test hundreds. Rashid Khan is definitely capable of fifties. This is a half-decent lower order.

This is actually very good. A leggy, a finger spinner, a line and length bowler, a fast left-armer of unpredictable line and length and then Dennis Lillee to round things off.

If there’s a flaw, it’s that this is quite a tail. Johnson made a Test hundred, but we have taken to imposing a ‘multiple Test hundreds’ clause to our definition of an all-rounder (Nabi is given leeway because (a) he only played three Tests and (b) he’s Nabi). Johnson is a number eight and Warne offers handy support, but there’s no all-rounder here.

Derek Underwood was 11 wickets from balancing this. As it is, England have predictably fielded a load of right-arm seamers.

Beefy is a more than handy number seven, while early era Stuart Broad offers a bit of support at eight. Peters out quite quickly after that though. Neither Bob nor Fred ever made a Test fifty, while Jimmy has made just one.

A near-unbeatable attack in home conditions, but maybe a little spin-heavy for most away tours. They do have a left-arm seamer at least.

The batting is excellent. Zaheer is the only real rabbit. Kapil Dev’s the standout, but Ashwin has four Test hundreds, Harbhajan two and Kumble one.

Not too sure you’d want anyone batting higher than number nine though.

Pretty solid batting too. Vettori made six Test hundreds and Hadlee two. Then you’ve got Southee to hit sixes and Martin to miss a straight one, which is absolutely what you want from your number 11.

Pakistan go with the standard three fast bowlers, two leg-spinners line-up. It’s not crazily varied, but Wasim gives you a left-arm angle and it feels like they could do the job in most conditions. Kaneria’s stinking up the place a bit. It would be nice to swap him for Saqlain Mushtaq, but rules are rules.

Imran’s the all-rounder and Wasim made three Test hundreds – he can go at eight.

7/10 (minus one for having Kaneria in there)

Predictably predictable from predictable South Africa, the country where right-arm seam is king. We’re asking a lot of Morkel’s height and Ntini going wide on the crease here.

Shaun Pollock made two Test hundreds. The rest of them have two fifties between them (both Steyn’s). Lamentable.

You imagine there’d be lots of spinners, but of course there aren’t because for most of their history Sri Lanka just picked Murali. Appropriately enough, he’s doing most of the heavy-lifting here too. Two normal wrist-spinners, a left-arm seamer, a right-arm seamer and a Murali isn’t bad, but it’s hard to ignore the fact that one of the opening bowlers would be Suranga Lakmal.

Vaas made a Test ton and Murali is of course the best batsman ever, but this is a pretty weak lower order.

Pretty much as you’d expect with Lance Gibbs saving the Windies from out-and-out SouthAfricadom. In terms of variety, this attack is essentially Ireland Deluxe.

Batting-wise, Streak and Strang both made a Test hundred and somehow so did Cremer. They’re all eights and nines though really.

New Zealand win round one of Test cricket. On to round two.