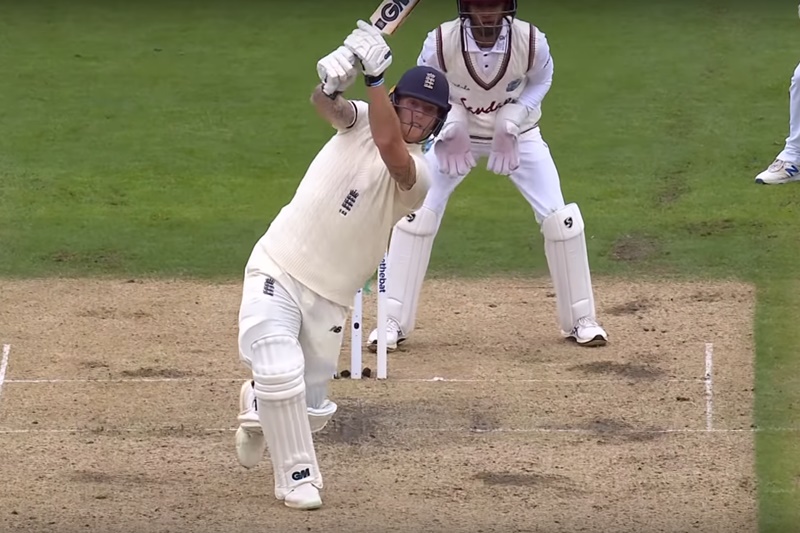 People often say that Ben Stokes is two cricketers in one. This seems very disrespectful.

If you’ve never seen or read Altered Carbon, the story is set in a future where people can transfer their consciousnesses into different bodies or ‘sleeves’.

The technology was originally devised so that people could more easily travel to different planets. However, human nature being what it is, people pretty quickly realised that it could also be used to extend lifespan. Old body knocking on a bit? Simply download your consciousness into a new one.

This idea gives rise to a weird and unsettling reality where no-one has much regard for appearances and you can never be entirely sure who a person is. That gnarly old druid fella could be a schoolgirl. That toddler could be your granny.

Theoretically, you could also take one sleeve and download different consciousnesses into it at different points during a cricket match.

While Ben Stokes is just one cricketer – try positioning him at both mid-on and mid-off if you don’t believe us – he does seem to have the capacity to be different players at different times.

In the first innings of this Test match against the West Indies, Ben Stokes emerged at 81-3 and hit a 255-ball hundred.

Ben Stokes is a dour middle-order batsman who bats forever.

After reaching his hundred, Stokes accelerated. His next 50 runs took just 46 balls.

Ben Stokes is a breathtaking middle-order batsman who can annihilate an attack when the mood takes him.

Ben Stokes is… Brian Lara but not Brian Lara at his absolute best because that would be silly.

In the Windies’ first innings, Stokes came on to bowl halfway through and started off bowling a good length at off stump at good-but-unremarkable pace.

Stokes carried on bowling though and ended up delivering a mammoth 11-over spell. Almost all of the rest of it was short-pitched. CricViz reports that he bowled 91 outright bouncers in the Test and this wasn’t his only monster spell. This approach saw him dismiss the West Indies’ top scorer in the match (caught and bowled, because why ask someone else to complete a job if you could instead complete it yourself?)

In England’s second innings, Stokes opened the batting and made 78 off 57 balls.

Ben Stokes is an opener who can’t help but try and hit boundaries.

Midway through reprising his Neil Wagner thing in the West Indies’ second innings, Ben Stokes turned and chased a ball hit back past him. He chased it all the way to the fence and put in a big dive to save a single run that really, in the grand scheme of things, was of no consequence whatsoever.

Ben Stokes is an overly enthusiastic fielder who’ll look for any excuse to put in a dive.

Ben Stokes is not just an all-rounder. He is an all-round batsman, an adaptable bowler and a very fine fielder.

Ben Stokes is handy to have around.