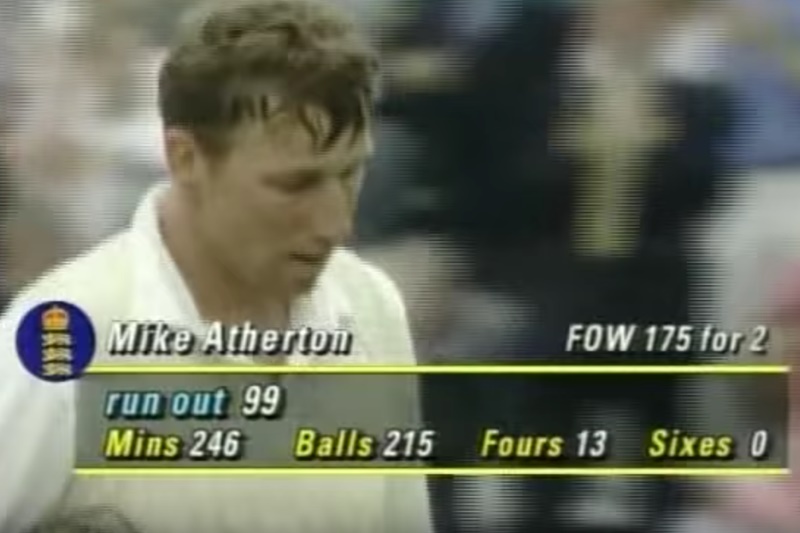 The most powerful ‘no’ in film is the one in Rise of the Planet of the Apes when Caesar reveals that he is far more than a “damn dirty ape”.

It happens a surprisingly long way into the film, which allows for quite a lot of emotional build-up. It’s well-timed too, coming in response to the guy who’s a towering twunt behaving at his most toweringly twunty.

It also references one of the most memorable lines in cinema.

You don’t really get the full sense of it from watching the clip in isolation, but it’s quite a moment. It’s great how even the music is dumbstruck by him saying it.

The worst ‘no’ in film is unquestionably the one from Star Wars: Episode III – Revenge of the Sith.

Not everything that happened in the summer of 2005 made the most of its rich and lengthy back story. The whole Star Wars saga revolves around this one moment: it’s such a key moment, you’ve been building up to it for almost 30 years and this is the best you can do?

The funniest ‘no in film is also the one from Star Wars: Episode III – Revenge of the Sith, for exactly the same reasons. It’s maybe the best cinematic joke of all. You’ve got to respect how much time, effort and commitment went into setting up that bathetic punchline and how perfectly it was delivered.

‘No’ is an important word.

If you were trying to think of the worst ‘no’ in cricket, you may well alight upon the run-out that ended Mike Atherton’s innings at Lord’s in the second Test of the 1993 Ashes, which somehow managed to have the impact of Caesar’s ‘no’ alongside the bathos of Anakin Skywalker’s.

If you’re not really sure what we’re on about, let’s have a quick recap.

Sometimes when you look back on 1990s England cricket, it’s amazing how closely it matches your memories of it. We tend to assume that this period wasn’t quite as bad as we remember it – but then as often as not, it turns out it was.

In the first Test of the 1993 Ashes, Graham Gooch was the only England batsman to pass 50 in either innings, Mike Gatting was on the receiving end of the Ball of the Century and England lost by 179 runs. Gooch was out handled the ball in the second innings.

Despite losing Craig McDermott to a twisted bowel(!) and having to open the bowling with Mark Waugh, they bowled England out for 205 and enforced the follow-on.

It’s probably worth dwelling on several elements of that previous sentence and also on how those elements interact with each other because this almost certainly says something about England cricket during this period. But let’s not do that. Let’s not even begin to do that.

In England’s second innings, Gooch and Atherton put on 71 before Atherton and Gatting put together a century partnership.

Then Mike Atherton got run out on 99.

And that’s the thing we’re talking about here.

“Those few yards are going to live with him forever,” said Tony Lewis on commentary as the replay paused with Athers on his hands and knees, stumps splayed in front of him. “Staring at a century and staring at his own demise.”

“We were trying to save the Test and were going along nicely,” Gatting told The Cricketer. “AB brought himself on to a fairly defensive field, just trying to do something different. Merv was messing around with the crowd at deep square leg.

“Mike hit it in front of square and Merv ran around. In Mike’s mind there was three and he went like a train, but I was late leaving my end. There was no way I could get to the other end so I said no. He went back but slipped and then slipped again. I watched on in horror.

“It’s never good to run someone out but we were trying to save the match, and I was hugely disappointed he then never made a hundred at Lord’s.”

The way Gatting describes it, Atherton was hell-bent on reaching his hundred and didn’t make allowances for Mike Gatting being Mike Gatting.

But here’s the footage.

It strikes us that Atherton looked very uncertain about that third run when he turned and he only actually set off because he saw Gatt coming.

What you can’t see in a still is the nanosecond of hand movement that takes place at this moment.

While he’s standing in this position, flat-footed, and before anything else happens, Atherton’s free hand starts to rise. It starts to rise at Gatting.

The hand is saying ‘no’ or at the very least ‘wait’. But just as it is trying to say this, something happens that makes the rest of Atherton set off running again.

That something is Mike Gatting saying ‘yes’.

“Mike Gatting called me for the run that would have brought up my 100, then sent me back,” said Atherton. “I slipped and was yards short when Ian Healy broke the stumps. I was desperate to get a century, to get on the Lord’s honours board and desperate to help England save a Test.”

So this wasn’t the worst ‘no’ of all time because like all tremendously memorable run-outs, it started with a ‘yes’.

It’s the yeses that get you.

It’s also worth pointing out that this run-out was only really devastating in the very short-term.

England lost by an innings and 62 runs, so it’s not like it affected the outcome of the match (even if they did get a surprisingly long way into day five). You’ve also got to think that getting run out for 99 is surely preferable to getting run out for 0. Isn’t it?

It wasn’t exactly a Sliding Doors moment in Atherton’s career either.

Together with his 80 in the first innings, the 99 secured his place in the side after a spell of injury and poor form.

Two Tests later, he was made captain (after the series was lost) and he immediately led England to victory at the Oval, which was their first win against Australia in 18 matches, running all the way back to the 1986 Boxing Day Test. Atherton would go on to play 54 matches as captain before becoming one of the very best commentators around.

As for Gatting, these days he’s “cricket ambassador” for the MCC, because apparently no-one cares that he once led an unofficial England team on a tour of South Africa at a time when no-one was allowed to tour there because it was a racially-segregated white supremacist nation.