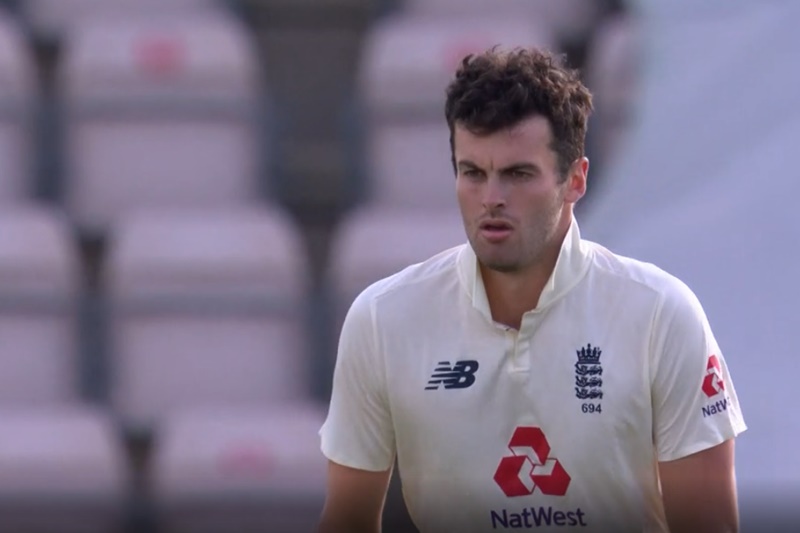 Dom Sibley’s first-class bowling average is 67.75. The remarkable thing about this is that it means he has taken a wicket – four of them, to be precise.

On the fifth day of an intolerably moist match against Pakistan, Dom Sibley had his first bowl in Test cricket.

He bowled one over.

He did not take a wicket.

It’s safe to say that Sibley the bowler is not in the James Vince class and he is certainly no Gary Ballance. His output has rather more in common with Alastair Cook’s round-arm shod – only without the wholly undeserved spectacular strike-rate.

Sibley started his over with a delivery so short it had a Napoleon complex. The next one was a full toss. The third one was another quite breath-taking half-tracker, only this one had the added brilliance of starting wide and actually turning a decent amount to end up wider still.

The rest of the over was less rubbish and therefore, from our perspective, much worse.

Our all-time favourite moment of commentary was delivered by Michael Atherton in some match or other in the semi-dim-and-distant past.

It is impossible for us to do justice to the sheer disgust Athers heaped into those four simple words. We also cannot properly convey the significance of the momentary pause just before he uttered them. You’ll just have to take it from us that the whole thing was perfect.

Atherton saw the delivery, he carefully considered what to say, and he concluded that the correct thing to say was, “Well that’s just filth.”

Ever since then, we have dreamed of a bowler who could bowl sufficiently filthily that we might again hear even a fraction of that distaste and contempt. We know we can never truly experience that moment again, but even just a hint of something similar would allow us to fractionally relive it.

On the BBC, Isa Guha got pretty damn close when commentating on Sibley’s first ball.

“Ohhhhh, that is dross,” she said.

But again, it wasn’t just the words. It was the way that she said it. She said, “Ohhhhh, that is dross,” with complete certainty. She said it with the kind of conviction you can only ever really unleash when you have just witnessed a delivery that is, unequivocally, without a shadow of a doubt, complete and utter dross.

In summary: England should bowl Dom Sibley, much, much, much more often.

On the offchance you’re interested, we’ll be doing weekly recaps of the Tour de France over at our cycling site. You can get them by email if you want.

The race starts on Saturday. Here’s our preview.