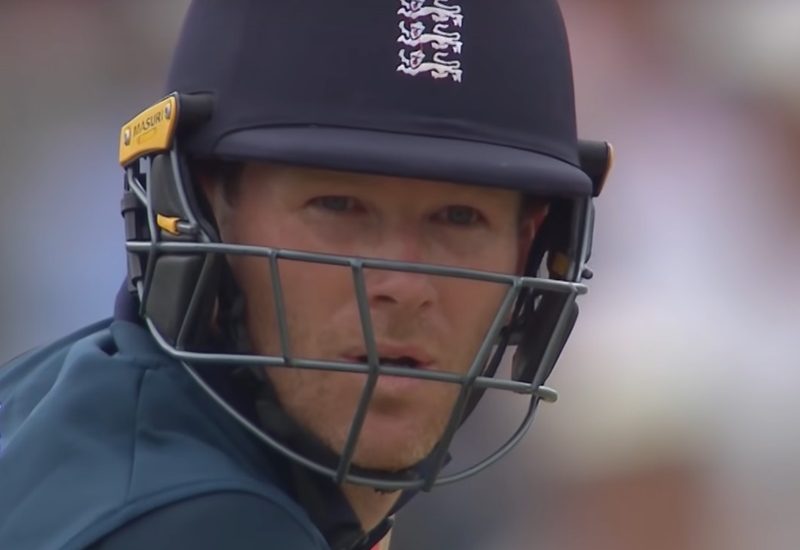 England were a one-day team who didn’t know how to top 300 – didn’t even dare to try. Eoin Morgan turned them into the best flat track batting side there’s ever been.

It’s worth taking stock of the scale of that transformation and the conviction of the captain who achieved it.

It’s not like no-one ever tried to improve the England limited overs teams before – and it’s not like they didn’t occasionally have a good spell either – but Morgan recognised there was a self-imposed ceiling to England’s one-day performances and if he could raise that, he would most likely raise standards even when they couldn’t manage to touch it.

The backdrop to Morgan’s tenure

In May 2011, Alastair Cook was named as England’s new one-day captain even though he hadn’t actually been in the team.

Writing about his appointment, Mike Atherton somewhat infamously described him as a ‘plodder’. While Cook did actually start quite well, his somewhat cobbled together white ball approach lacked substance and everyone had long since accepted Athers was right when Cook was eventually sacked and dropped late in 2014, just a couple of months before the 2015 World Cup.

Eoin Morgan took over and for that first tournament pretty much just went along with the bizarre, inflexible, reactionary strategising England had always employed in the shorter formats.

Moeen Ali opened the batting having never much done it before. Ian Bell opened alongside him having been out of the side a couple of months earlier. It wasn’t so much that the players were bad; it was that they were all, to a man, diminished by the way they’d been used in the years leading up to the competition.

Armed with a fear of failure and a squad of players who’d been pissed about in various ways and had never really been 100% sure what their roles were, England duly crashed out in time-honoured fashion.

Afterwards Peter Moores was sacked as coach and replaced by Trevor Bayliss. However, Morgan wasn’t going to wait until the Australian actually turned up to change things, even if the two men did speak about their plans.

“He used him as a wicket-taker in the middle overs and even at the back end of an innings, giving him the full backing that he might go for runs but that didn’t matter,” said Bayliss recently. “All he wanted from him was wickets and they hit it off.”

That game was ruined by rain, which meant the New Zealand series a month later was the first real sighting of this new team. Jason Roy was dismissed by the very first ball of the first match.

No matter, England proceeded to rack up 408-9 with hundreds for Joe Root and Jos Buttler. Rashid hit 69 off 50 balls and then took 4-55. England won.

Most strikingly of all, they had been 202-6 in the 30th over, only for Buttler to press on rather than consolidate.

In the next game Morgan led the way with 88 off 47 balls but England fell short of their target of 379 in 46 overs by 14 runs. Defeat in the next match was the interesting one though.

The crime of not batting out the overs

England batted first in Southampton and made 302 in 45.2 overs. Ben Stokes, at five, made 68 off 47 balls. Sam Billings, at seven, made 34 off 16. New Zealand got home for the loss of seven wickets with an over to spare.

You could almost hear “If only we’d batted out the overs” on the wind from many English fans and commentators. Not batting out the overs has long been seen as a crime.

Morgan’s view is that runs are there to be actively scored, not passively acquired simply through one’s presence at the crease.

Recognising that this kind of defeat was exactly the time to get his message across about how he wanted his team to play, he said: “It’s not a huge thing for me that we have to bat 50 overs. It doesn’t disappoint me.

“We’re trying to change our process and mindset with the bat, which may take time. We’ve come a long way in the last three games, scoring 300-plus in each of them – which is a huge achievement, and a big turnaround. I want the guys to continue with that mindset, and not worry about batting 50 overs.

“I think that makes guys hesitate and question their natural way of playing. I don’t want that to happen. For a long time we looked like getting 350 to 360. That’s a huge plus for us, because for a long time we’ve never even thought about getting that sort of score.”

In that same interview Morgan did concede that there was a time and a place for reining things in, but only if the team’s broader direction of travel started to go “drastically wrong.”

The message was clear. But did he really mean it?

There is a false belief in cricket punditry that a player can be told to “go out and play their natural game” and then that will inevitably happen.

But human beings are more complicated than that. Most don’t take what they’re told at face value. And with good reason. A player’s ‘natural game’ is often only accepted when it comes off. The exact same approach can be scorned when it doesn’t.

Morgan was a captain who fundamentally understood this. He wouldn’t necessarily back his players when they failed, but he most certainly would if he felt they had failed while approaching an innings how he wanted them to.

He would also demonstrate what he wanted through his actions. It’s always more persuasive if you can show your audience something without explicitly telling them it.

In the next game the captain made 113 off 82 balls as England chased down 350 to win – at the time their highest successful chase.

The game after that with his side 20-2 chasing 192 in 26 overs, Morgan slog-swept his first ball to deep midwicket. It was a rubbish shot. England won the match.

“We’d be three or four down and Morgs would still go out there and take the game by the throat,” recalled Bayliss. “Even if it didn’t work all the time, it gave others the confidence to play that way and push the ceiling.”

But arguably team selection was a more important indicator of how he wanted to run things. The two centurions in that first match against New Zealand – Root and Buttler – may well have been survivors from the failed World Cup campaign, but they must have looked around at their new team-mates and immediately understood they were being asked to play differently.

The constitution of a side sends a message to each of the players who comprise it.

Central to all of this was recognition that there was no point compromising and eking out a score that probably still wouldn’t win you the match. Doing that was just saving face. Far better to at least set out on a path to victory, even if you collapsed on your arse before you got there.

Morgan felt that if he could encourage his batters to keep attacking, they would effectively get more practice – more experience – of playing that way. They would then become better at it. He wanted them to become accustomed to making big totals and to be unfazed by massive chases.

This reached its apogee on June 19, 2018, when England took the Australia bowling attack apart as if it were a giant Lego penis and grandma was coming over.

If some of the finer points of chasing in difficult conditions were to suffer as a result of this single-minded pursuit of large scores, the truth was those matches were far less common – and in any case, teams who can chase big targets are still reasonably equipped to chase small ones.

The upshot was that England very quickly reached a point where Eoin Morgan was no longer the exciting one. Given the Irishman came into the side playing shots that you’re still unlikely to see today, that was an incredible development.

Morgan was at one point the best one-day batter England had ever had – a cold and clinical chaser who could wallop sixes using only his wrists – and that whole unprecedented period of batting is now utterly overshadowed by the job he did turning two wins in six in the 2015 World Cup into not-exactly-outright victory in 2019.

There’s a tendency to think that an England captain can’t really rank among the greats unless he was in charge of the Test team and beat Australia or whatever. But we’d question that.

The transformation job Morgan did with England’s white ball teams was so jarring and complete, from perennial underachievement to pace-setters for the rest of the world, that we consider it an unparalleled leadership feat in modern English cricket.

It’s also hard to imagine that those teams won’t also live on in his image for at least the medium-term under Jos Buttler’s captaincy. Time will tell on that, but it feels like Morgan has instilled fundamental principles that will persist for at least a while.

He may also prove to have more of an influence on the Test team than you might think.

Brendon McCullum may seem the obvious link between the two England outfits with Morgan having spoken himself of his admiration for the New Zealander’s leadership. But it is Morgan’s philosophy and methodology that Test captain Ben Stokes knows best.

Speaking after England chased 378 to beat India in his fourth match in charge, Stokes said: “I spent a lot of time under Eoin’s captaincy and I’ve taken a lot of what his messaging and how he wanted the team in one-day cricket to go forward and I’ve brought his mentality and his ethos around cricket into this Test environment and everybody’s responded so well to it.”

It took the England red ball team six years to work out that they had unprecedented access to the inner workings of one of the finest elite sporting sides in the world. But they got there eventually. It’ll be interesting to see what they make of it.

King Cricket is a crowdfunded website. The support of our readers means we don’t have to reshape our articles for other publications, shedding all the quirks and rough edges that make this site what it is. Funding is through our Patreon campaign if you’d also like to chip in.