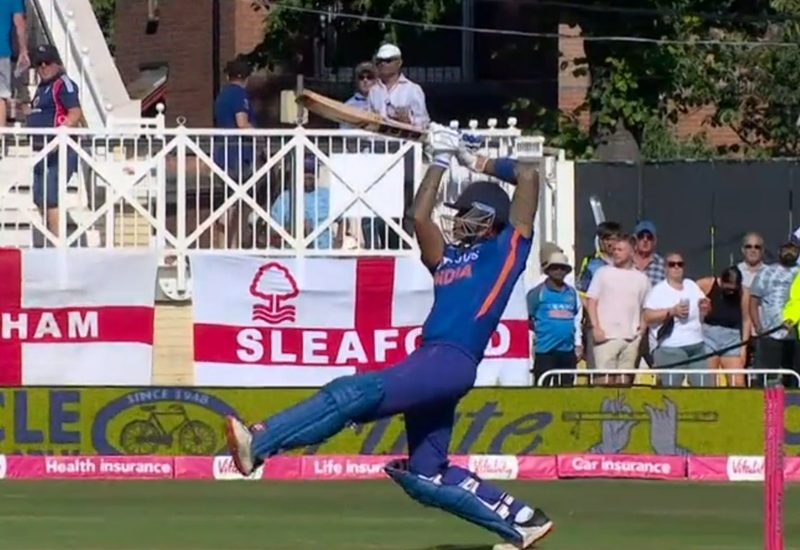 We have really taken against Suryakumar Yadav and we feel quite bad about that but we also can’t help it.

Suryakumar Yadav is widely known as “Sky”. He said Gautam Gambhir gave him the nickname because they’re his initials.

Only they’re not his initials, are they? Because he’s not Surya Kumar Yadav. He’s Suryakumar Yadav.

Making up your own initialism and including letters from right in the middle of a word or name is probably in our Top 50 Most Hated Things In Life and that has sadly resulted in poor Suryakumar Yadav being tarred by association.

It’s particularly challenging when the term in question pisses all over the basic rules of initialisms by including a letter from the middle of a word. Why give the reader a fighting chance?

Sticking with piss, PMSL is a pretty classic example. It means ‘pissing myself laughing’. You’ll have spotted that ‘myself’ gets two letters here because ‘my’ and ‘self’ are also words. This is a common thing that happens. People mistake sequences of letters that would be a word when taken in isolation as distinct words that are actually part of the phrase they’re abbreviating.

If the term’s pretty well known, you can get away with this. A lot of abbreviations are incredibly niche though and if you don’t move in the right circles, you’ll struggle to guess them even in context.

Then there are the ones that are just invented on the spot. These are the worst. There is something incredibly arrogant and self-centred about making life harder for anyone reading your words purely because you can’t be arsed typing a few extra letters. It’s selfish.

Unsurprisingly it’s frequently these lazy typists who muddy the waters by throwing extra letters from the middles of words into their initialisms.

If you’ve ever wasted even five minutes trying to unravel a paragraph that could quite easily have been written 100 per cent clearly with 10 seconds extra effort, you will resent the whole sickening practice of making up initialisms without respecting that pretty simple rule about using initial letters.

And that’s why we hate Suryakumar Yadav. The situation is compounded by the fact he’s incredibly good at batting because this results in a degree of hero worship and worship of a thing you do not like can only ever make you dislike it more.

To reiterate, this is not Suryakumar Yadav’s fault. (Although having “Surya” on the back of his shirt isn’t helping.) The poor fella should be operating with a perfectly agreeable nickname like “Sy” and then we’d have no issue with him whatsoever.

His middle name’s Ashok so we’re probably going to call him “Say”.

Feel free to follow us on Twitter. Also feel free not to. You won’t miss much if you don’t. Not in the grand scheme of things.