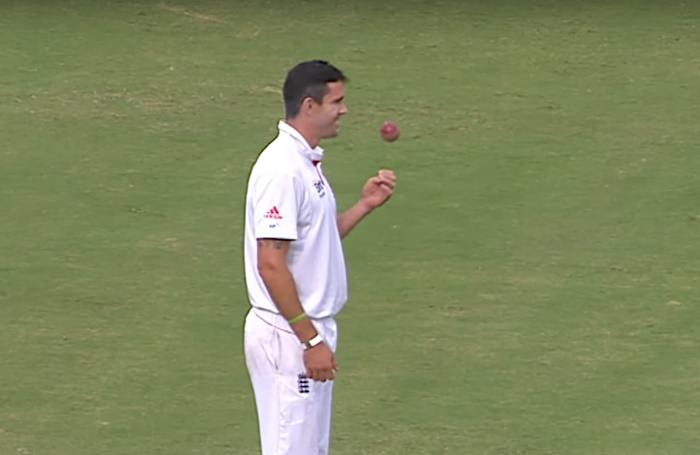 Who has the worst Test bowling average of all time?

This is, on the face of it, a very simple question. There are, however, two different answers, neither of which get to the nub of why the question is interesting in the first place.

Anwar Hossain Monir’s is clearly the worst performance. We aren’t quite sure which technically constitutes the worst average.

It doesn’t matter though because that isn’t really what we want to know, is it? What we really want to know – the real heart of the question – is ‘who was the shittest Test bowler’?

Let’s explore the world of terrible Test bowling averages. What we’re looking for here is not a statistical anomaly. We want a solid body of shoddy work. That means we need to set a minimum wickets requirement that will rule out the dilettantes.

But where do you draw the line? Let’s do as all good scientists do: let’s get our results first and then decide what we’re looking for afterwards.

Here are the worst Test bowling averages of all time…

Pietersen started out as a spinner (he bowled Nasser Hussain in an England tour game before he came to the UK), but even if you know that, he still bowled more in Test cricket than you probably think he did. 10 wickets is quite a lot. It took him 218 overs.

Our first frontline bowler, which means Hossain has a legitimate claim to being the worst Test bowler in history. (Ian Salisbury is second in this category with 20 wickets at 76.95.)

The following paragraph appears on Rubel Hossain’s Wikipedia page. We apologise if you laugh at this and feel bad about doing so. Reassure yourself that you were laughing exclusively at the astonishing/confusing way in which the story has been worded and not at the story itself.

“Bangladeshi police arrested Rubel after Bangladeshi actress Naznin Akter Happy complained that he made hardcore love to her. He was put in custody for three days, later the court granted him bail to participate for sexual intercourse with Nazneen Happy. On Bangladesh’s victory over England, in which Hossain played a starring role, Nazneen withdrew the charges and married him. Because of Rubel’s performance against England, Happy’s lawyer, Debul Day, ended his participation in the case saying “I no longer wish to fight against Rubel after seeing Bangladesh succeed. Rubel should feel no pressure.”

Anyone who says chucking gives a bowler an unfair advantage, should think long and hard about the Test record of Marlon Samuels.

Sachin Tendulkar is second in this category. (The 40 wickets category, not the chucking category.)

Another strong contender for the title of shittest Test bowler in history. Sami’s case is all the more remarkable for the fact that he took 121 wickets at 27.48 in one-day internationals.

This one’s painful. That should have been Carl’s Test batting average really.

Another pleasing entry. There are few articles on any subject that wouldn’t be improved by the inclusion of Ravi Shastri.

Here, for no reason whatsoever, is a photograph of Ravi Shastri in a flat cap, on a beach, holding a cocktail with his arms spread.

Okay, we’re way past the point at which a bowler has been given enough opportunities to prove how shit he is now. Vettori was just a good bowler. Let’s call a halt and sum up.

Somewhere between Shastri and Kaneria, we hit players who are worth a place in a Test team based on their bowling alone. (Moeen Ali is right in this zone with the worst average among bowlers who have taken at least 175 Test wickets – 181 at 36.59.)

Shastri, it should be noted, opened the batting for India, so his efforts are tempered by competence in other areas. Hooper was a batsman too, so it’s Sami who has the greatest number of expensive wickets to his name without offering anything else to the team.

Hossain took a fair few too though and 678 overs is a significant volume of out-and-out filth.

We can’t split them. Mohammad Sami and Rubel Hossain have the worst Test bowling averages of all time.

This article was first published in November 2019.

Have you thought about joining the many fine upstanding citizens who crowdfund King Cricket via Patreon? Every pledge we get helps us do more features like this. If you fancy joining the Patreon gang, you can flip us a shiny coin or buy us a pint each month here.