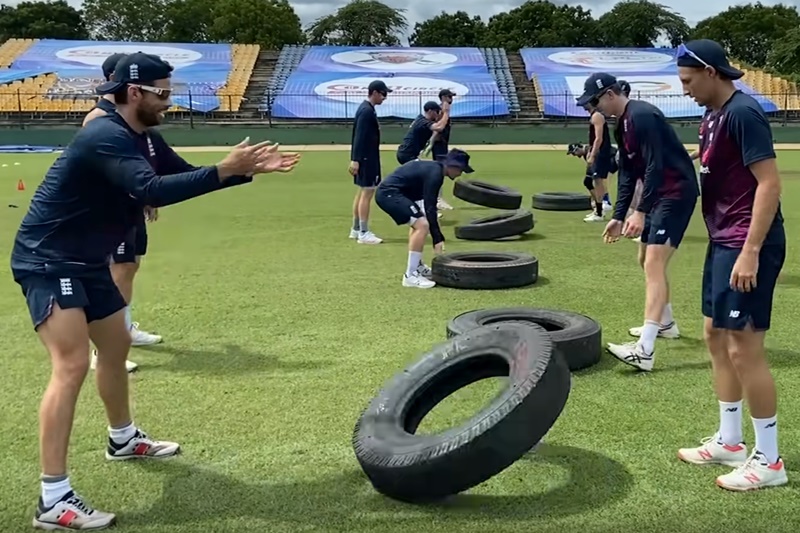 The tyre-flipping is over and the gloves are off (or on, if the player in question is batting or wicket-keeping). The first Test between Sri Lanka and England is, by the time you read this, quite possibly underway.

It isn’t underway as we write though, which means we are now going to play “guess the team selection talking points”.

Guess 1: Jonny Bairstow is back in the team and batting at three

Or possibly he’s not. Or maybe he’s not ‘back in the team’ but in fact ‘still in the team’. It’s very hard to keep track of whether Bairstow is in or out of the side.

We feel like we’re maybe being hoodwinked by disingenuous team selection leaks here, but it does seem unlikely that England would take a punt on a third spinner now that Moeen Ali’s unavailable. Always good to see Sam Curran’s serious face if they do go down that route.

Lawrence is a promisingly odd batsman, but we’re far more excited about the prospect of him maybe getting to turn his arm over. This is entirely on the basis that the Independent’s Vithushan Ehantharajah bills his bowling as bills “right-arm misdirection”.

Broad delivered a grand total of 14 overs on England’s 2018 tour of Sri Lanka and didn’t seem unduly troubled at having largely managed to avoid bowling on the pitches used in that series. However, it really feels like he could be very creatively annoying if they make him do a little more this time around.

Guess 6: Ben Stokes has been rested for this tour

Should probably mention that.

Guess 7: Sri Lanka have picked that fella people didn’t expect them to pick

Got to be honest. Haven’t really researched this one.