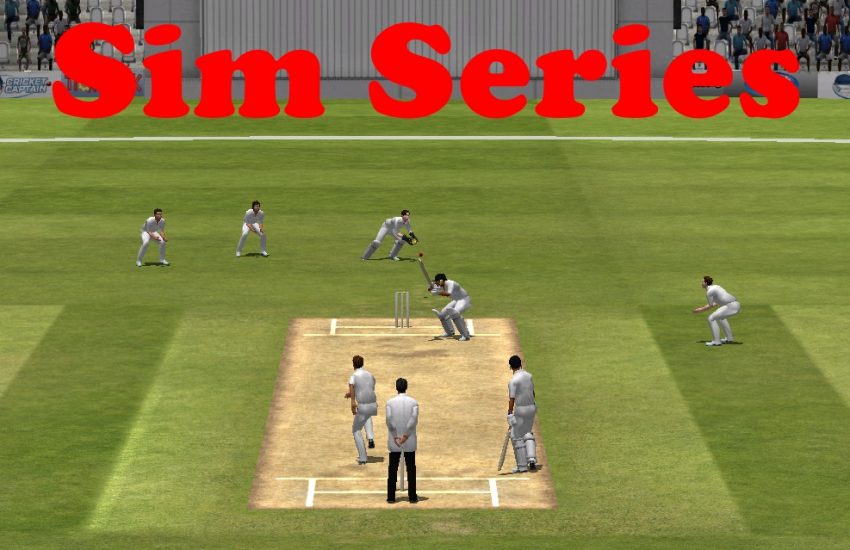 Like pretty much everything else at the minute, the Sri Lanka v England Test series is postponed or possibly just completely cancelled because of Coronavirus. The only logical thing for a cricket website to do in this situation is to play out two Test matches between Sri Lanka and England on Cricket Captain 2018’s ‘All-Time Greats’ mode… Welcome to Sim Series.

It’s going to work like this: We’re going to play two Test matches between Sri Lanka and England on Cricket Captain 2018 and we’re going to report on them day-by-day as if they’re taking place when the real-life Tests would have taken place. So it’ll be day one of the first Test on Thursday, day two on Friday and you can hopefully work out how things will go after that.

If you’re wondering why we aren’t playing the series using the current teams, the clue’s in the fact that we’re playing Cricket Captain 2018.

If you’re wondering why we’re using Cricket Captain 2018 – it’s the version we’ve got. This is no time to be making rash investments on the latest versions of cricket computer games. (Or maybe it’s the perfect time. Either way we’re not doing it. If the developers offer us a free copy for basically advertising their product, we’re still going to use the 2018 version because if this website stands for anything, it stands for stubbornly doing pointless self-defeating things for no real reason.)

Plus All-Time Greats mode is way more fun. We may even give you all input on team selection ahead of the second Test. We don’t see Chris Silverwood and Joe Root giving you that option, so this is already better than real life. (Either we’ll give you input or we’ll decide to replace Wally Hammond with Keaton Jennings or James Vince purely to piss you off – we haven’t decided which yet.)

One unimportant thing to note is that this inaugural Sim Series actually comprises two ‘one-off’ Tests because Cricket Captain 2018 quite correctly doesn’t let you play a two-Test series because two-Test series are stupid.