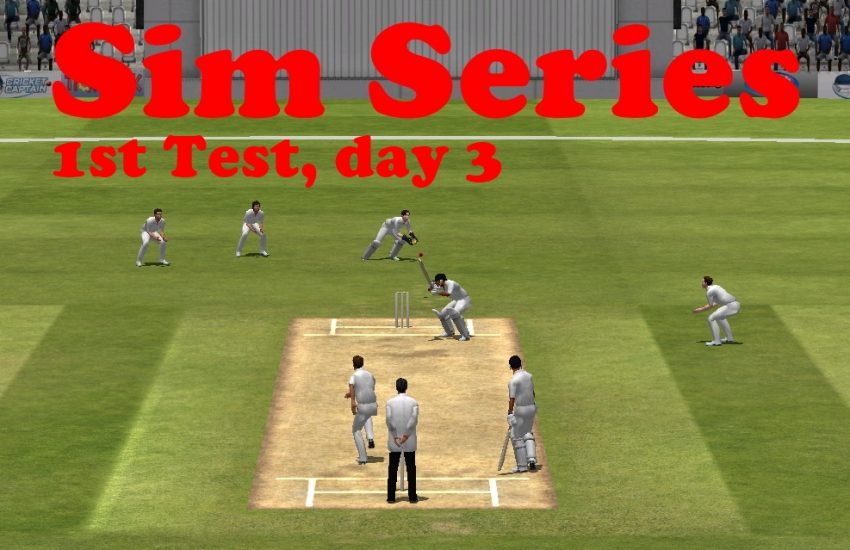 After a snooze-inducingly slow start on day one, England had built a decent total by the end of day two.

They are 486-7. Brace yourselves for some declaration-or-bust batting.

Hell of a knock. You could argue that the top order provided him with a good platform, but then you could also argue that they left him needing to considerably up the run-rate. As Beefy’s innings yesterday showed, that was easier said than done.

A few tail-end shenanigans and England are all out for 541. Muttiah Muralitharan had to bowl 67 overs for his inevitable five-for.

What does Jayasuriya have to do to get a bowl? Pretty light workload for Mathews too. Not sure what the story is there. Let’s say he tweaked a hammy but is fine to bat.

It’s not entirely clear when Syd Barnes will be effective, so you can expect him to get a short spell with the new ball before handing over to Stokes.

Beefy’ll be on at the other end, obviously. Wonder if he’ll have brown armpit stains? That was a thing in the Eighties – particularly for Botham. You don’t really see brown armpits any more. Was it the dark malty beers or something?

Barnes goes for 22 in a three-over spell.

Underlining Barnes’ incompetence, Stokes comes on and gets Dilshan for 26 and Jayasuriya for 34.

Stokes is clearly going to try and do everything himself. As usual.

Syd Barnes has not yet been called back into the attack.

Laker picks up a five-for while King of Cricket Captain 2018 All-Time Greats Mode, Wilfred Rhodes chips in with three.

Still 315 ahead, England do the unthinkable and enforce the follow-on. Wally Hammond’s captain and he hasn’t heard that no-one does that any more.

England are in charge. This seemed unlikely before the series began, what with Sri Lanka having home advantage. But then England do have an extra century of Test cricket under their belt, which does rather deepen their talent pool. Maybe this is something we should address before the second Test.