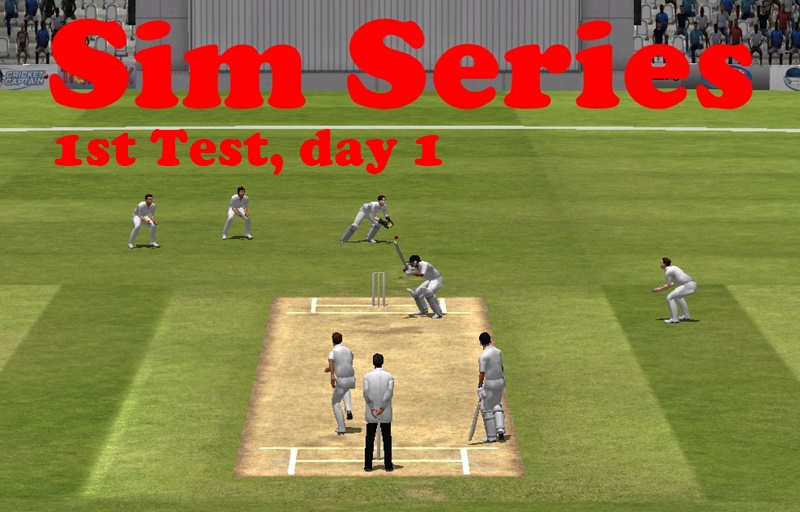 If you missed Tuesday’s preview, this is what we’re doing this week.

With spin expected to dominate, England have gone big on spinners. Jim Laker gets the nod over Graeme Swann as a right-arm option because of that 19-wicket thing; the hugely-underrated Derek Underwood is there to bowl his sharp left-arm mentalness; and of course Wilfred Rhodes plays as well because so far Wilfred Rhodes has been the King of Cricket Captain 2018 All-Time Greats Mode.

With so many spinners, the tourists wanted to play their best keeper, so Alan Knott’s in, while Syd Barnes gets the nod over Jimmy Anderson because his hybrid seam/spin approach seems like the kind of thing that would work in Sri Lanka.

Alastair Cook’s in through weight of runs; Kevin Pietersen’s in because he’s magic; and Beefy’s there because he’s Beefy and you have to pick Beefy. (If only to keep him off commentary.)

You will however notice that they have a spare S Jayasuriya. This is what is known as a “fuck-up” on our part – we neglected to remove Shehan Jayasuriya from the auto-selected squad because we didn’t immediately realise he wasn’t Sanath.

The only real decision here is asking Dinesh Chandimal to keep wicket to free up Kumar Sangakkara to do ultimate run-scoring.

Bright sunshine, pitch at its best: England say they’ll have a bat.

It immediately occurs to us that where Sri Lanka have a spectacularly dynamic opening partnership (Jayasuriya and Dilshan), England’s (Rhodes and Cook) is about as slow and lumpen as it’s possible to get. We almost want them to lose a wicket early on.

After seven overs, they are still 1-0 before a breath-taking surge in excitement in the eighth over, in the form of two singles.

“Christ, this is dull,” laments Jonathan Agnew on commentary. Or maybe we imagined that.

In the 14th over, Wilfred Rhodes hits a four. An over later, Cook hits one too. Not a cut or a pull either – a nice drive through the covers.

At lunch, the score is 45-0 and the crowd are considering returning to their homes and self-isolating to protect themselves from this tedium.

With both batsmen settled, things pick up a bit. A whopping 55 runs flow in the next 24 overs.

At this point Rhodes inexplicably misses a Herath straight one by about two feet and is given out LBW. Quite the misjudgement. Not sure we should be saying this really, but the ICC’s anti-corruption unit might be taking a look at that one.

Incoming batsman Herbert Sutcliffe’s style is described as “very defensive” and he duly plays the anchor role while Cook millimetres his way to a deserved and awful half century off 175 balls.

We might as well show you the bowling figures as well.

No-one knows why Mahela brought himself on first change.

They say the new ball goes quicker off the bat, but Sutcliffe and Cook neatly sidestep this by largely refusing to use theirs.

We believe it’s mandatory to term this “a day for the purists.”

Join us tomorrow for day two. We state with confidence that it’ll get better, because it can hardly get worse.

We’ve got a Patreon page if you for some reason feel like you want to fund this absolute horse shit. It should go without saying that you absolutely should not do this if you’re unable to work at the moment and can’t pay your rent or mortgage. Or if you can think of something better to do with your money, for that matter, which you almost certainly can. We suppose what we’re really saying here is don’t fund us via Patreon.