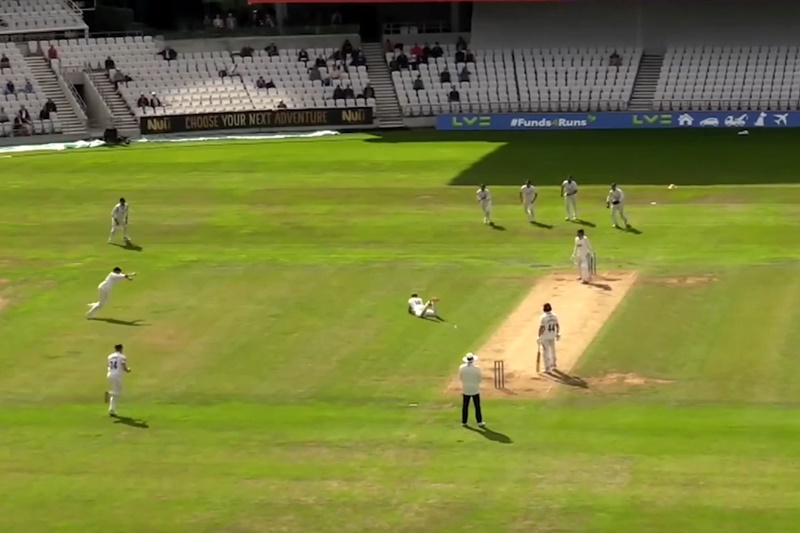 Not every tournament needs an opening ceremony.

We’ll let you in on a secret. We are not a fast waker-upper.

Our daughter sometimes wanders into our room at an unconscionable hour and announces, “it’s morning,” in an indignant tone. It is impossible for us to convey the full horror of this moment.

That announcement is not just a statement of fact, it is laced with implications. It is not merely, “It’s morning.” It is, “It’s morning. Why are you not up? You will get up immediately. I literally will not accept anything else or even the slightest delay.”

Waking up is not a switch between binary states of ‘asleep’ and ‘awake’ for us. It is a slow dawning. There is the lying still but mentally awake bit. There is the physically moving but unable to process what other people say bit. There is the sitting still and waiting to attain full consciousness bit. It is a long and winding road.

The county cricket season starts tomorrow (or possibly today, depending when you’re reading this). There will be no music act. There will be no fireworks. There probably won’t be too many people. There may even be a bit less cricket than was scheduled.

As we ease into the county season, it’s impossible not to notice that a whole bunch of English players are not currently enduring April’s biting winds and are instead off having delicious pani puri at the IPL.

To some people this diminishes the County Championship. But you know what? It’s rarely been a competition that shot out of the blocks on the B of bang.

We went to Old Trafford for the first day of the county season in 2006 and documented our experience. This was an era of Ceefax and CDs, but one striking similarity to now was that half a dozen international players who might have played in that game, didn’t.

We can’t exactly remember why, but England players were generally given a few weeks off after winter tours, while overseas pros often didn’t materialise until a few games into the season. The end result was something akin to a ‘soft launch’ before the world’s marketing pricks had really latched onto that as a concept.

Is that so bad?

The absence of a large number of the better players is suboptimal for the sporting worth of a tournament. We’d normally rail against that, but in this case we’re not sure it matters.

For one thing, managing this becomes part of the competition. The idea that the same number of points is available for a diminished April match and a ‘full strength’ game later in the season seems a bit off, but the challenge for the counties is not so different to that of putting together a winning side at different times in the year when conditions are likely to be radically different. Making the best of things becomes almost a strategic thing.

Secondly – and far, far more importantly (so much more importantly, in fact, that there’s a case for not even reading that previous paragraph, although it’s too late now) – there’s the vibe of it.

It’s energising when a tournament bursts into life and slaps you across the mush like Nick Cave and the Bad Seeds’ Abattoir Blues, but there’s also something to be said for easing in like Mogwai’s Rave Tapes. Initially, you’re maybe not that sure how you feel and you can take it or leave it… but then at some point down the line, you realise you keep going back to this thing.

We watched a series called Midnight Mass a couple of months back. If you’ve got Netflix, you’ll probably have avoided watching it because the film poster icon thing that they use to display it makes it look like low-grade schlock.

The first episode opens not with a car crash, but with the aftermath of a car crash. As the camera pans around the detritus, And The Grass Won’t Pay No Mind plays by that famous contributor to cricket match playlists, Neil Diamond.

As Midnight Mass goes, it’s a pretty action-packed scene – someone actually dies – but the focus is really on one character’s emotions; all the things he’s feeling in that moment and all the things you can’t help but guess must be running through his head.

It’s not an explosive start. It’s a niggly start. ‘Oh okay, let’s carry on watching and try and work out where this is going,” you think. And then Midnight Mass just carries on doing that to you until basically the end.

In every long scene of two people talking to each other – or even in the ones where it’s basically just a monologue – you wonder what these people are thinking and feeling and where all of this is ultimately going. Heart-stopping moments are few and far between and the actual story is almost a secondary thing, but it is a programme we still find ourself regularly thinking about long after we watched it.

This is a different kind of entertainment. Slow burn things shouldn’t start with an explosion.

County cricket is such a seasonal thing and the thing about seasons is they don’t arrive suddenly – the divisions we impose are an artifice. There’s no genuine first day of spring. Not really. In reality, the days get longer, temperatures trend upwards and green shoots start to appear. When you actually notice each of these things is largely down to you.

This is why it’s entirely right that the county season should fade in. There is cricket on TV all year round, but county cricket is different. It is a harbinger. It brings that feeling of something slowly unfurling with the promise of more to come.

To dust you shall return – but it’s time for a greentop now, if you’re inclined to seek one out.

Please think about supporting King Cricket via Patreon and/or signing up for our emails.