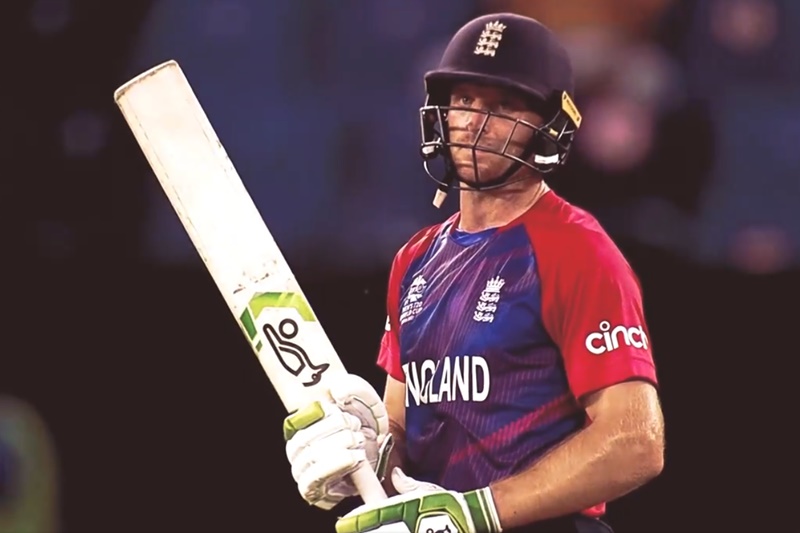 Way, way back in 2006, in our first year of writing this website, we described the international fixture list as being fatter than a TV-loving, chip-munching hippo with an abnormally slow metabolism. We probably should have left ourself with more room for manoeuvre because where does that leave us now?

T20 – or Twenty20 as it was then – was first played professionally in 2003. The first international match followed in 2005 and we then had the first T20 World Cup in 2007 where India beat Pakistan in the final.

It was a novel and very entertaining tournament. Cricket being cricket, everyone immediately resolved to play far more of the format without playing any less of the other two.

The international schedule is a sprawling hard-to-measure mess, but this is not too hard a thing to quantify. In the early 2000s, England would typically play around 30 to 35 international matches a year. Since 2007, they’ve generally played around 40 to 45.

There were bigger years and smaller years, of course – but really it’s that simple. The arrival of the T20 World Cup marked the point at which England went from playing 30-odd games a year to playing 40-odd. That’s quite a jump.

We’re entirely aware that different formats make different demands; that a five-day Test takes longer than a 20-over game. But you still have to travel for each game and for each tour. The team will still arrive a day or two beforehand to train and plan and prepare.

So what does that work out as? A travel day, a prep day and game day? Another 30 days a year? An extra month’s workload crowbarred into the calendar?

The claustrophobic touring environment has been exacerbated by the pandemic and this has tipped us into a situation where something has to give. The sport needs fewer international fixtures or it has to accept that ‘playing your best team’ is something that will really only happen on very special occasions.

The absence of an all-powerful Galactic Emperor type figure means that no one person really has the clout to tackle fixture bloat. The very many people in charge of running the game have no incentive to ensure matches are of the highest quality. They only need them to be just about good enough to be credible. A dozen international fixtures compromised by fatigue are more profitable than six played at full throttle.

So it’s probably down to players and coaches to find a way of managing the situation. (And it’s down to the fans to decide what’s really worth our attention.)

We predicted squad rotation in 2006, but most teams still only really flirt with the concept. Star players are only rested when the team doesn’t especially care about a game or series, whereas they’re driven into the ground when major engagements butt up against each other.

A related suggestion is that the nations with the heaviest workloads should pick entirely different teams for different formats and run wholly separate squads. But it doesn’t really work like that in practice. Even where there are lofty ideas about operating in such a way, there’s always overlap. There are always players who demand inclusion in all formats.

This is the key thing to remember in conversations about the future of the game and the divergence of the formats. It’s the best players – the very players we most want to see – who end up stretched the thinnest.

This is why fixture bloat is so objectionable. It doesn’t hit everyone equally. It’s the star names who are most likely to end up blunted or absent.

As often as not, it’s the players themselves who decide that something has to give.

In 2021, England’s administrators asked their best players to tackle two huge Test series against India, a T20 World Cup and an Ashes series in the space of a few months.

Root definitely has the capacity to be, or to become, a high class T20 player. However, he hasn’t played the format internationally since 2019 and has consistently turned down the chance of playing in the IPL because, quite frankly, he’s got too much on. The upshot is that T20 is no longer a format he really plays. He’s not abandoned it or retired from it. He just can’t squeeze in enough games to show that he’s good at it without compromising his Test career.

Ben Stokes, in contrast, plays all formats for England. Or at least he tries to. That’s quite an ask. In July, he concluded that, for one reason or another, he had nothing left to give and took a complete break from the sport. This meant that England couldn’t field their best all-round cricketer for the home series against India or the T20 World Cup – two pretty major engagements.

Moeen Ali has gone the other way to Root. Moeen’s been bounced between the formats for years. In 2019, worn out and dispirited after attempting to prepare for and play in an Ashes series and a 50-over World Cup in the same summer, he took a break from the longest format to prolong his career.

“The past few years have been so full-on and the plan behind my break from Test cricket was to freshen up, enjoy some new environments and get my game back in good order,” he explained. “That is something that people perhaps don’t realise is hard to do when you play all three international formats and particularly so when you are an all-rounder.”

That refreshment took him as far as the summer of 2021 when he decided to retire from Tests. “It’s not that I didn’t want to perform,” he said. “I just didn’t feel like I was fully wholeheartedly into it.”

This was despite Moeen seeing Tests as the most rewarding form of cricket. “When you have a good day, it is a better feeling than any other format of the game by far,” he once said.

It’s not that Moeen had been actively seeking to become a white ball specialist. It was just the path of least resistance when something had to give.

It could be a similar story for Jos Buttler. Only he will be able to chart his mood and enthusiasm over the last few years, but he struck us as a man whose battery had been through one too many charge cycles by the 2021/22 Ashes.

Here are a few very crude stats that may well not mean anything at all.

Buttler isn’t trying to specialise, but he has been suffering the reverse problem to Root. He has simply been too busy playing white ball cricket to get much first-class cricket in. He just hasn’t been able to spend much time thinking about the longer game. Even when he was recalled to the Test team, it was off the back of his performances in the IPL.

These are just recent examples of how the international ecosystem is nudging England players towards specialising in short or long format cricket, even when they don’t want to – but it’s been happening for a while. Adil Rashid gave up first-class cricket in 2018 because he was pressed for time and wanted to prepare properly for the 2019 World Cup. So did Alex Hales.

It is one thing to ask players to peak for a major engagement – like a five-Test series or a World Cup of some kind – but it is quite another to ask them to hold those peaks for back-to-back goals, as increasingly seems to be the case nowadays.

As Paul Collingwood put it recently: “What we were expected to do was two years of bubbles, finish the home season, and then go to a World Cup where for six weeks the bubble was even tighter, then do two weeks quarantine and go into the Ashes with two days of on-field practice.”

This notion that we have red ball players and white ball players is all very nice and clean, but cricket is unlikely to reach that point. It’s more like our other sport, road cycling.

The international road racing calendar is arguably even more bollocksed-up and messy than the international cricket calendar. There are different categories of race, which theoretically indicate their relative importance, but this doesn’t prevent there being several points during the season when two “World Tour” events take place simultaneously.

The difference here is that a bike race can more easily retain its sporting integrity. Even if a large proportion of the field is only riding to get fit or to make up the numbers, as long as you have a handful of top competitors in top form, the race isn’t really compromised. It doesn’t especially matter if 200 riders are soft pedalling an hour behind the leaders if that front group is in top shape and going hell for leather.

So that’s kind of how the season works. Top riders will do little more than show their faces in some races but will actively target others. A by-product of this is that it’s easy for a rider to continue racing both one-day classics and three-week Grand Tours like the Tour de France if they so desire. They can specialise for a while without totally giving up on turning their hand to a slightly different type of racing further down the line.

Cricket just does not work like this. There are no passengers. Everyone is actively involved. If half the players in an international cricket match are phoning it in, that is no longer an elite sporting event, so this way of managing a congested calendar is not really an option. This means it’s that much harder to keep everyone playing every format.

Adrift in the currents with a tiny paddle

It’s beyond unlikely that international cricket’s going to be subjected to incredible sweeping rationalisation any time soon, so everyone’s just going to have to muddle through and make the best of things.

That’s an eternal tension. Really, if you’re a player, it’s down to you.

Alas, you are but a cork in an ocean of fixtures. You can’t pick and choose with impunity. You are subject to strong currents that say you will have to play in this upcoming smaller series if you still want to be considered for that higher profile one later in the year. Perhaps you want to get some game time in a format you haven’t played in a while. What will make way for that? What will be the consequences?

You can pick a lane, like Adil Rashid did in 2018. You can consciously specialise and try and become as good a white (or red) ball cricketer as you possibly can. Or you can try and keep your options open like Ben Stokes and try and find a way of fitting it all in without succumbing.

But as we see with Root and Buttler, it can also be like passing or failing the 11-plus. You might hit a fork in the road at some point and then specialisation becomes almost self-fulfilling. If your Test or white ball workload is sufficient, you simply won’t get chance to work at your lesser formats and they’ll just drift away from you.

Running entirely separate teams is such a neat idea, but how exactly do you divvy up the players in a world this messy?

We’d love for you to join the crowd who are funding King Cricket via Patreon. But you don’t have to. All our content is free to access. So why should you back us? We explain more here. The short version is you’ll be helping improve the site for everyone.