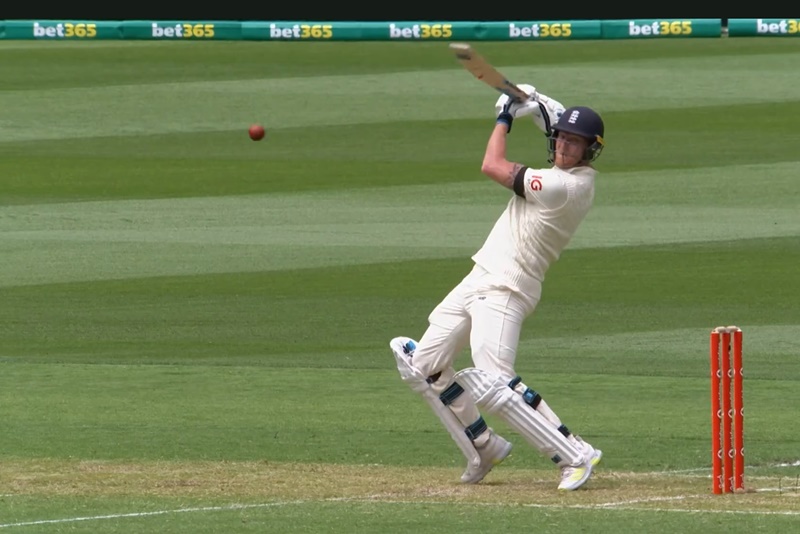 If you’re really going to turn the heat up and cook a sauce for quite some time, you need plenty of good stuff in the pan to begin with. If you haven’t, you’ll end up with a bitter-tasting charred sticky goo that’s no good to anyone. England are different gravy.

Our story starts a few years back with plans to play two huge Test series against India, a T20 World Cup and an Ashes series in the space of a few months.

This was something we first spotted in 2018. “Try and imagine how you would switch off and recover if your whole career hinged on making runs or taking wickets in these matches,” we wrote back then – blissfully unaware that a pandemic was about to be thrown into the mix too.

One of England’s fresher players for the 2021/22 Ashes series was Ben Stokes. This was because he hadn’t played quite so much cricket in the lead-up, having sacked off the sport halfway through the year because he simply couldn’t take it any more.

“The demands on our athletes to prepare and play elite sport are relentless in a typical environment, but the ongoing pandemic has acutely compounded this,” said the managing director of England Men’s Cricket, Ashley Giles, back when Stokes made that decision.

“Spending significant amounts of time away from family, with minimal freedoms, is extremely challenging,” continued Giles. “The cumulative effect of operating almost continuously in these environments over the last 16 months has had a major impact on everyone’s wellbeing.”

That was July. The cumulative effect had already taken out England’s most important player before the home series against India, before the T20 World Cup and before the exhausting negotiations about whether to go to Australia or not.

The last of those is the kind of unavoidable extra stress that is routinely thrown into the mix these days. Just a few weeks ago, England’s tourists still didn’t know where they’d be playing the fifth Test.

Cricket all day, every day

In recent times there’s been a lot for England’s players to think about beyond bowling the ball and hitting it, yet the schedule hasn’t exactly flexed to accommodate that.

Stokes has played seven Tests, six one-day internationals and five T20 internationals this year. Unremarkable, except that that’s the “time off because you simply can’t cope with it any more” workload.

Jonny Bairstow – not generally a first choice in the Test team – has played nine Tests, six ODIs and 17 T20Is.

Joe Root, as Test captain, has barely seen a white ball. He has however played 15 Tests.

Simply listing the matches played is hugely misleading though. It’s that non-stop tension between times that is the silent killer – something that only becomes greater when you’re underperforming as a player.

Just ask Jonathan Trott. He described the three weeks “off” ahead of the 2013/14 Ashes as being “pretty intense” as a result of the work he was putting in. Come the tour itself, he committed to even longer hours in the nets, to the extent that he was sometimes still there when Alastair Cook wanted to name the team.

Midway through the 2021 Adelaide Test, we suggested that thanks to all the talk and planning and practice and other fixtures, England as a whole were starting to look a bit cricketed-out. David Gower has always said that the brave thing to do in that situation is to completely step away from the sport. In a game of reflexes, a great pile up of thought, theories and worries really doesn’t help you. By busying yourself with something trivial and unrelated for a while, you allow all of that unhelpful stuff to subside a little and give yourself a better chance of just reacting.

Getting away from cricket is quite a hard thing for an England player to do at the best of times and harder still when there are back-to-back Tests. A whole bunch of virus-induced restrictions don’t exactly help either.

England went the other way anyway. They decided to immediately rewatch all of their Adelaide dismissals and dissect them at great length. This approach meant they successfully magnified all of their existing frailties in time for Melbourne.

We can blame Joe Root and Chris Silverwood for this and for several of their other decisions, but it’s worth pointing out that these two men have been mentally shredded by this unrelenting environment and its unremitting atmosphere too. That’s not an excuse, but it should at least be held in mind to temper the criticism.

‘Why have England lost the Ashes?’ and ‘Why are England losing so badly?’ aren’t quite the same question.

There is much talk about the standard of England’s first-class cricket and the way it’s set up to diminish the significance of fast bowlers and spinners.

This is a large part of the reason why England have lost the Ashes. A few more four-day games in July and August isn’t really the answer though because the nonsensical pressures that gave rise to the spring-and-autumn first-class schedule in the first place – specifically four formats, five competitions and no time to practise between games – would still remain.

Everyone’s got a least-favourite format they blame for this, but it’s a far more fundamental thing. You may add to the English cricket season but you may never take away – that’s the golden rule. Throw in the sport’s near-invisibility over the last 15 years, an ever-narrowing player pool and a sterile monoculture in the Test setup and you’ve got a pretty unpleasant recipe.

That structure creates not-great players and a not-great England Test team that hasn’t been able to bat in years. That’s how England lost the Ashes.

If you’re a particularly vindictive person, you can help us continue to cover England’s Test performances by flipping us a coin or buying us a pint each month via Patreon. We probably need something stronger than beer.

Funding or no funding, you can get our articles by email.