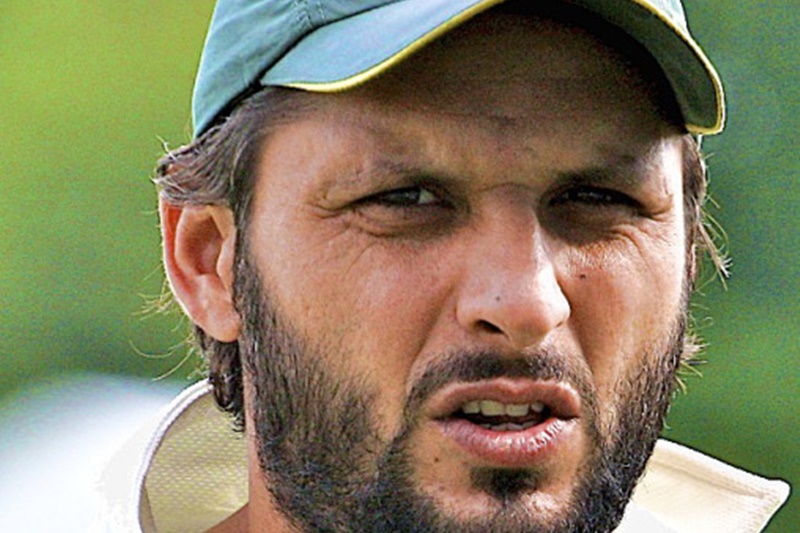 Big thanks to everyone who funds King Cricket via our Patreon campaign. We couldn’t justify spending this much time on our features without you.

We already know all of the wrong things people are going to say about this article.

It is all about context.

The year is 2020. So too is most of cricket these days. We live in an age of reckless batting – only it’s not actually reckless at all.

Modern sloggery is dictated by circumstance. It’s a logical thing to do. Players hit fours and sixes with abandon because, in the shortest format, that is a very big part of the way a team goes about winning games.

It is an approach that has bled into the longer formats too. Highly aggressive batting has become a tactic coldly deployed by batsmen when they feel that circumstances demand that.

This is all well and good, but a side-effect of our increased exposure to boundaries is that it has tragically eroded the shocking impact of someone batting like a complete idiot.

The franchise age has greatly diminished Shahid Afridi, a batsman who strove so very hard to get the absolute least out of his talent.

Here are five innings that explain why he was so fantastic.

It is worth revisiting and recontextualising Shahid Afridi’s first innings in international cricket.

In December 1982, Zaheer Abbas made a 72-ball hundred in a rain-affected 33-over game against India. At the time, it was the fastest hundred in one-day internationals.

No-one topped that until April 1996 when Sanath Jayasuriya reached 100 in 48 balls against Pakistan.

Then, in October of that same year, Shahid Afridi came to the crease for the very first time and made a hundred in 37 balls.

That is, by any stretch, an insane thing to do. The first time he batted, Shahid Afridi knocked 11 balls off the fastest hundred record. That alone makes the idea of him as a batsman eternally appealing.

We could end the article here and it would make sense. Our central point that Shahid Afridi is a batsman worth celebrating would have been made, because a world where something like that doesn’t happen is a far more boring world indeed.

To give some sense of how freakish Afridi’s innings was in that era (and even in the one that followed), his record stood for almost 18 years until Corey Anderson bettered it by just one ball. To this day, AB de Villiers is still the only batsman to have gone faster than Anderson.

Now consider also that Afridi was only 16 when he played his innings. For most of the years afterwards, we all went, “Oh yeah, 16, I’m sure he was,” because that’s what you say whenever a Pakistan cricketer does something incredible at a ludicrously young age.

But then earlier this year it was being reported that Afridi would play in the inaugural season of the Hundred at the age of 40.

Afridi has quite the record against India in Tests. He made 709 runs in eight Tests at 47.26 and scored at a run a ball.

The Chennai hundred is the big one though, really.

For two days the match meandered along at three runs an over with Pakistan’s 238 followed by India’s 254. At this point Afridi, opening the batting, larruped 141, of which 102 were scored in boundaries. The rest of the team mustered 145 between them and Pakistan won by 12 runs.

People say Afridi wasn’t a Test batsman, but he won a Test match against India with his batting and that’s quite an important thing.

You could probably make a case for Pakistan’s 2005 tour of India being peak Afridi.

He missed the first Test, which was drawn, and came in as opener for the second.

India made 407 in the first innings, built around a crisp and dogged near-five-hour hundred from Rahul Dravid. Our man surveyed this, digested the information, and then slapped 29 off 21 balls. His final shot was a hoick to mid-on.

This is important. There’s this notion that Afridi was some sort of T20 trailblazer, but it really wasn’t like that. No-one ever looked at Afridi and thought to themselves, ‘that’s the way to go’. His approach wasn’t ahead of its time. He was just a complete outlier.

India made 407-9 in their second innings, built around an even more steadfast Dravid hundred. They declared with 20 overs to go on day four.

Pakistan needed 422 to win, but the pitch and required run rate said that a draw was a sensible and credible target. A draw was the thing to go for.

Afridi was out before the close of play for a run-a-ball 59.

Pakistan were left needing 327 on that final day. They didn’t really know what to do and eventually settled on losing by 195 runs.

As a postscript to this, in the next Test, Afridi was out in the second over of the match for a golden duck and then made 58 off 34 balls in the second dig to set up a declaration ahead of a Pakistan win.

He was stumped off the bowling of Sachin Tendulkar in that innings, which is a magnificent way to get out.

This was not the easiest pitch.

In the first innings Brian Lara and his backlift made a hundred and Shivnarine Chanderpaul made 92. Those two were pretty handy batsmen who were batting when the pitch was at its best. No-one else passed 28.

Pakistan’s reply was 144 all out with Afridi contributing 16 off 15 balls as opener. We can’t be bothered looking up the exact details of the dismissal, but he was caught by Fidel Edwards, which doesn’t exactly scream ‘classical dismissal’.

The West Indies decided to bat again. Chris Gayle and Wavell Hinds scraped fifties, Lara made 48 and Chanderpaul made 153 not out.

Afridi batted at six in the second innings. He emerged at 47-4 and from that entirely promising position he made what was at the time the ninth fastest Test hundred in history. Pakistan lost.

This was Afridi’s final Test and his first as captain. That is the kind of sentence you only get to write about Pakistani cricketers.

Nominally the home team, Pakistan were playing in England for security reasons and Afridi had been brought back as captain after Mohammad Yousuf had been handed an indefinite ban.

He responded with a true captain’s innings.

Australia made 253 and Afridi came in at seven with his team in a bit of trouble. He calmly assessed the situation before making a gloriously pointless and inappropriate 31 off 15 balls.

In the second innings, he was caught on the boundary by Mike Hussey from his fourth delivery.

It was one of the purest examples of Afridi being incapable of moderating his batting and in a way it enhances all that came before it.

Afridi never altered his approach and being as his approach amounted to little more than essaying wild, body-convulsing heaves at pretty much every delivery he faced, the fact that he managed to score a bunch of Test hundreds and average 36.51 is nothing short of a miracle.

His one-day record is 95 per cent dogshit and five per cent dynamite – 10 of his fifties came in 23 balls or fewer. This was borne of a mentality where if he had 50 overs to make 30 runs and his own life hinged on the outcome, he’d still try and get there in five shots.

The mere possibility he might succeed with the bat breathed life into a great many otherwise very boring games. It made him a very valuable human caveat.

Writing for All Out Cricket, back when that magazine existed, we put it like this:

“Picture it as a Butch and Sundance type situation where the remaining batsmen are holed up in some shed, surrounded by foes. They take inventory of their weaponry and find they have two pistols, a shotgun and not all that much ammunition.

“At this point, Shahid Afridi reveals that he has his own private airforce, but isn’t quite sure whether anyone’ll be manning the phones today when he tries to get hold of them.”

Mostly no-one was manning the phones.

But every now and again someone was.

If you enjoy King Cricket – in particular these features – and feel it’s worth a quid (or the cost of a pint) each month, you can become a patron here. Put simply, the more patrons we get, the more we can do.