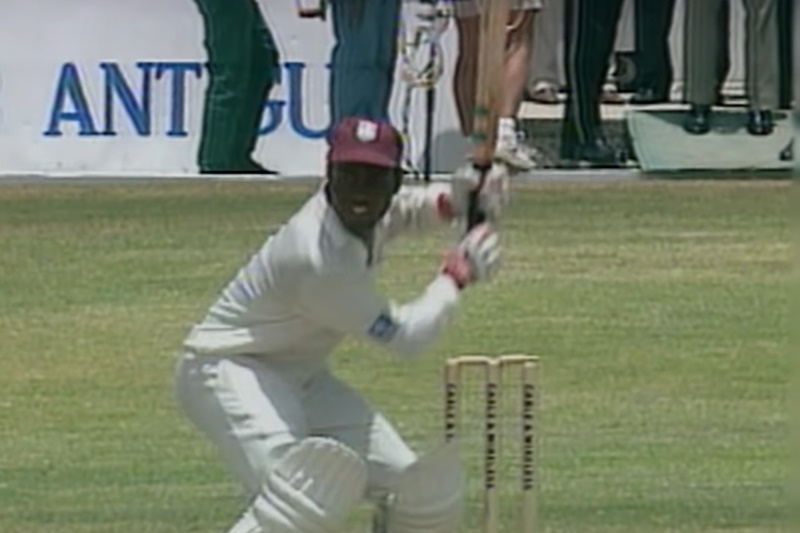 They were talking about similarities between Darren Bravo and Brian Lara on Sky this morning. (They’ve a lot of time to fill. They can’t always keep you guessing.) We were quite glad they did this however, because we got to see Brian Lara’s backlift.

We’re not one of those people who goes all weak-kneed at the aesthetics of batting. We don’t make unnerving sex noises when someone hits a textbook cover drive – we’re not Mark Nicholas. We did always love Lara’s backlift though.

We didn’t love it because of how it looked so much as what it said; what it promised. Even the most aggressive of modern batsmen doesn’t have a backlift like Lara’s. The bat started off so high that it didn’t seem it could come back down in time for the ball. Then, as the ball approached, it would jerk up vertically, even higher.

Take a photo at that exact moment and you would see why Brian Lara was so special. The bat has an enormous distance to travel and it must move at phenomenal speed if willow is going to meet leather.

Cats completely flip out from time to time for pretty much no reason. If you’re on the receiving end when they really lose it, you’ll know the moment. They tend to freeze just before they launch at you with their incisors and knife-hands and that pause is bloody terrifying. It’s all coiled threat. That pause is precisely what was expressed by the Lara backlift. That much tension and stored energy is only ever going to hurt you.