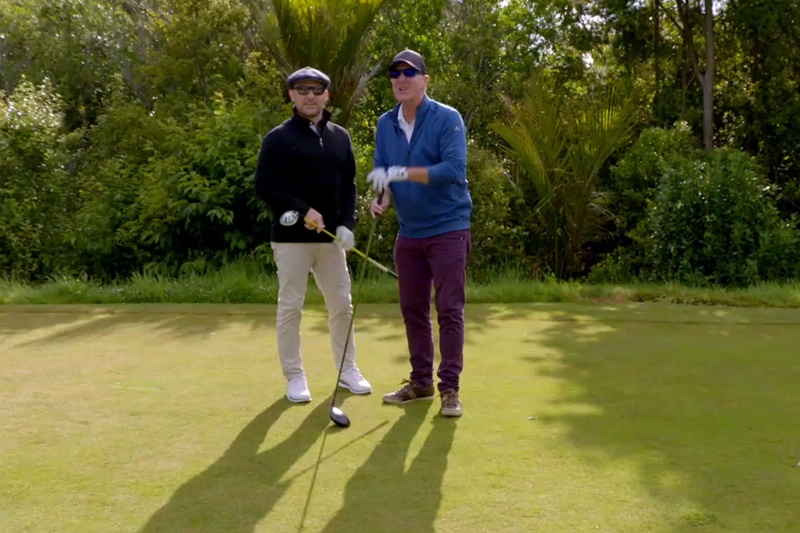 It is a phenomenon we will never be able to wrap our head around. Cricketers liking and talking about golf.

No offence to golf – which is a perfectly decent sport if you want to fake-befriend late-middle-aged men who have the power to give you a promotion – but it is a different sport to cricket and should stay in its own damn lane.

And so to This Could Go Anywhere, a new Netflix series revolving around a New Zealand road trip taken by Phil Tufnell and Brendon McCullum.

If your two protagonists are former cricketers, what else is it going to be about? Golf, of course.

Is it any good?

Don’t know. We’ve not watched it yet. We will do, but there’s a bit too much actual sport going on at the moment to be investing time in watching two people who were very good at one sport playing an entirely different one – especially if that sport is one we do not particularly like.

Is it really just about golf?

Mmm, probably not. The trailer starts with Brendon McCullum struggling to start the hire car, so seems like maybe the golf bit is just the spurious premise justifying the road trip.

Are there ‘japes’ and ‘bantz’?

Possibly. Brendon McCullum talks about Viv Richards a bit in a segment that looks like an unfunny version of The Trip.

Is there some steak cooked on a rock?

This is the first bit that’s really selling the series to us.

Our preferred mindless YouTube viewing at the minute is the Wilderness Cooking channel. This is an Azerbaijani guy who makes fires and cooks meat. Our favourite bit is at the end of each video, when he tastes the food. He gives this kind of half-head-shake of satisfaction, then he puts his thumb up and says, “super”. Quite often this is the only thing he says in the entire video.

It’s such a simple premise that they’ve gradually added complexity so there’s usually an unlikely preamble now. At the start of one video, he makes the knife that he then uses to prepare the food. At the start of another, he digs a massive hole and then builds himself a tandoor before cooking in it. We’re not quite sure where he goes next though because one recent video started with him building an actual house.

Hard to say whether This Could Go Anywhere’s steak-cooked-on-a-stone scene will live up to this. We fear not.

Do they go skydiving?

And shooting through water in some sort of high-powered submarine thing?

What else do they do?

They go fishing, they get massages, they do a thing where you appear to get lowered at speed from a very tall building. A whole bunch of stuff.

So basically they’re on holiday then?

Yes, only because it’s a TV programme, they’re being forced to do all of the things and not just some of them.

King Cricket features are funded by our Patreon backers. Flip us a coin or buy us a pint each month and we’ll be able to do more of them. Details here. Cheers.

If you’re not sure about that, you can always just provide moral support for the site by signing up to get our articles emailed to you. There’s no charge for that.