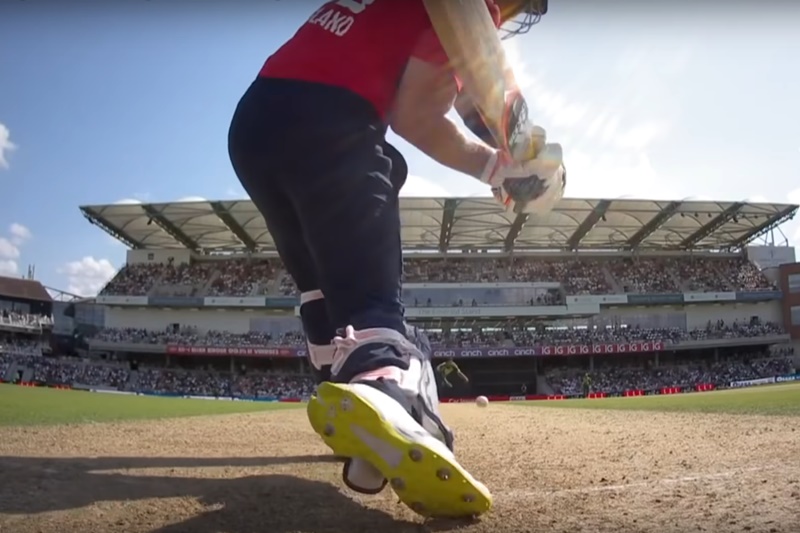 In a world where every shot that drops just over the rope is MASSIVE and the ones that get caught by spectators sitting in the first row are OUT OF THE GROUND, it becomes quite hard to properly acknowledge the shot played by Liam Livingstone off Pakistan’s Haris Rauf at Headingley. But let’s try.

England were 154-5 off 15 overs and Rauf put one in what is widely considered to be “the slot”.

Not one to turn his nose up at a slot delivery, Livingstone gave it the full heave and caught it exactly square on, off the sweet spot, at such an angle that the ball soared over the three tier stand behind the bowler.

It was the definitive “go fetch it” shot. It was perfect.

That isn’t even really rhetoric. While acknowledging that there are altogether too many variables for an actual, literally perfect shot to be hit, for its combination of power, timing, direction and trajectory, this one was about as close as we can remember.

There were those two uberwallops Chris Gayle played off Brett Lee at the Oval in 2009 where we had the fastest bowling meeting the hardest, cleanest hitting. They were in a similar vein, but Livingstone’s was the fantasy ‘slot’ shot, wasn’t it? When you fantasise about batting and you get a full ball, this is what you do. You give it everything and larrup it back over the bowler’s head and onto Callisto, the fourth moon of Jupiter.

But that’s precisely why we have to judge Livingstone’s shot more harshly. That’s the only thing that really tempers the satisfaction. We are talking about actual fantasy batting here so the metrics are governed only by our imaginations.

Maybe Livingstone’s played similar or even better shots before. It feels like there could have been a couple that time he made 350 off 138 balls for Nantwich. But that notion only better highlights the crucial point.

So not completely satisfying… but still a pretty nice shot.

We can come to you. Get King Cricket articles by email.