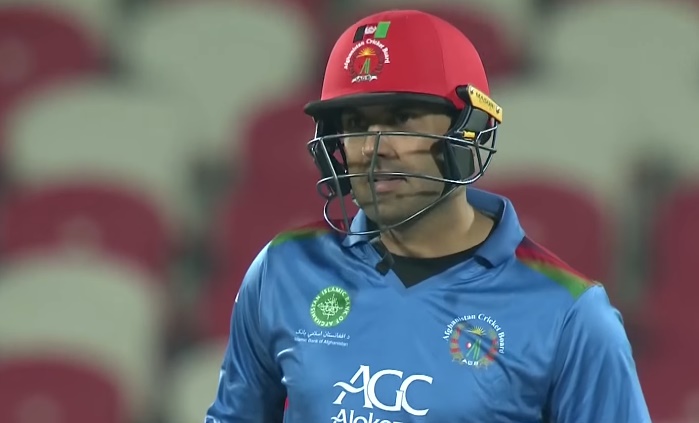 Mohammad Nabi didn’t play for Afghanistan against Scotland in April 2019. Nothing too unusual there. Nabi had been at the IPL, playing for Sunrisers Hyderabad, and they’d qualified for the closing stages.

Except it is unusual. It’s highly unusual. It was Afghanistan’s 112th one-day international (ODI) and Mohammed Nabi played in all of the first 111. Every single one.

Nabi took eight wickets in eight games at the IPL and the knock-out match was the first he’d played that Sunrisers Hyderabad didn’t win. He was fasting for Ramadan that day.

We can’t function or interact with other human beings in a remotely civil manner if we haven’t eaten. Nabi made 20 off 13 balls and then opened the bowling, conceding 28 off four.

Throughout the tournament, he conceded just 6.65 runs an over. Only Ravindra Jadeja and his Afghanistan team-mate Rashid Khan took more wickets with a lower economy rate.

The man’s a star.

Just to reiterate, he played every single game for them in between.

Nabi and Afghanistan have travelled some distance from one to Nelson, but the story begins before that.

The documentary Out of the Ashes opens with Afghanistan’s ICC World Cricket League Division Five win back in 2008, where they scuffled past the likes of Jersey and Botswana.

Nabi played in all seven of Afghanistan’s matches in that competition. He scored 108 runs and took 10 wickets, the second-most for Afghanistan in each – which is a very Nabi way of going about things. Our man doesn’t quite make the headlines, but at some point you look back and realise the weight of what he’s done over the years could probably sink a continent.

But this wasn’t the start. Nabi was playing for Afghanistan before that. His first match was in 2003, against Rahim Yar Khan Cricket Association, in one of Pakistan’s domestic competitions. He top-scored with 61.

The man has grown as the Afghanistan cricket team has grown. He learnt the game as a refugee in Peshawar during the civil war and returned to Afghanistan and bought cricket gear from Pakistan and India so that he could carry on playing. Since then it’s been on and on, and up and up, to full one-day international status, the IPL, Test cricket and now the World Cup. At some point in the middle of all this, Nabi’s father was kidnapped and held for two months by a bunch of goons who were looking for a ransom.

Mohammed Nabi might just be the most remarkable cricketer playing today.

Our features are basically funded by all the people who are making a monthly pledge on our Patreon. If you enjoy what we’re doing and you feel you can spare a quid (or the cost of a pint) each month, then please consider joining them. The more patrons we get, the more we can do with the site. It’s a big, big help and hugely appreciated.