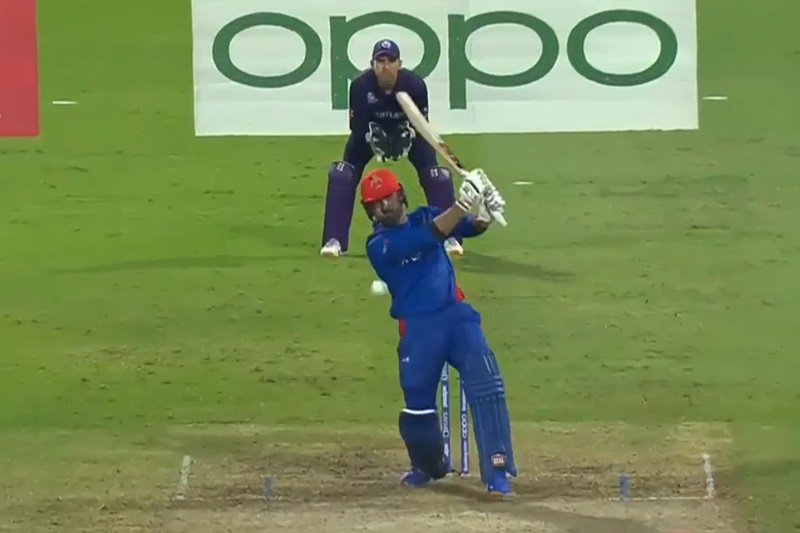 If you enjoy hearing Alan Wilkins saying “goodness me, that’s gone a long way” then watch the highlights of Afghanistan’s innings against Scotland. There are some fairly amazing shots in there.

It’s hard to pick a favourite, but here are some contenders:

If we had to pick, we’d be tempted to go with Najibullah’s flat-footed effort at 2m52s, where he reaches for and then rises into a ball well outside off stump and almost jumps it for six.

And that was just the batting. Their bowling was pretty tidy too.

Afghanistan have got Pakistan on Friday and Namibia on Sunday, followed by India, New Zealand and Australia. They’re in with some sort of a chance of making the semi-finals.

But is this it? Is this the climax of the story?

Throughout their cricket history, Afghanistan’s defining feature has been their almost supernatural ability to almost instantly get up to standard whenever they’ve taken a step up.

This team is not borne of a long and storied history in the game. They’re not products of some flawless domestic structure. Somehow they just crack on and get better and better.

But there have to be limits, don’t there? Not every barrier is insurmountable. Circumstances that were never really that good in the first place have recently deteriorated markedly.

“The only happiness in Afghanistan is cricket,” said Mohammad Nabi after his side absolutely pulverised Scotland.

If they’re to continue their trend for awe-inspiring relentless progress, Afghanistan are really up against it.