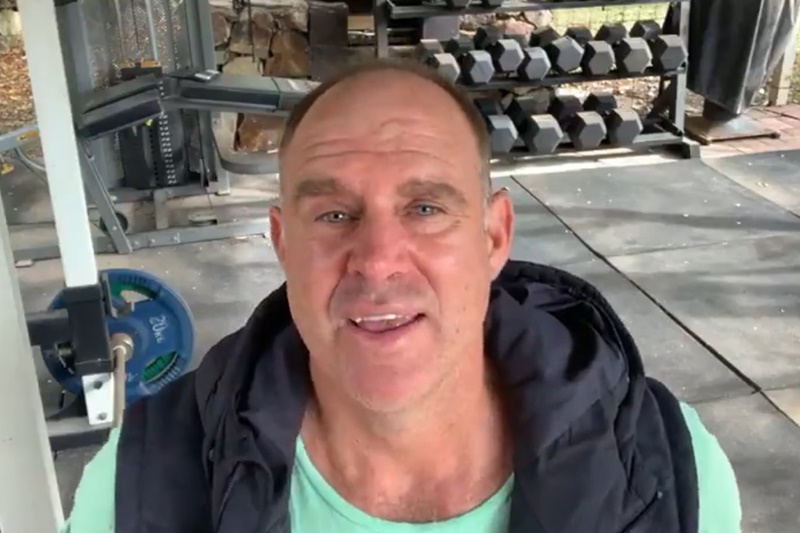 One of the defining qualities of Matthew Hayden’s guff-talking is his habit of throwing in a load of additional words that add precisely nothing to what he is trying to say. We’re going to talk to you about three recent examples.

Last time around – back when Hayden first took on his coaching job with Pakistan – we highlighted another of the former Aussie opener’s verbal crimes – a tendency to start one sentence and confuse himself before ending a completely different sentence.

There was a very fine example of this in his recent interview with Cricinfo.

Speaking about Pakistan’s players taking on India’s, he said: “Your opportunity now becomes a very history-making opportunity. I sense that our players are ready for that opportunity, and I sense that there is a calmness around our group that wants us to be a successful competitor on the day.”

This isn’t even one of the quotes we want to talk about today, but this is just incredible stuff from start to finish. Hayden must be the first person in human history to have said, “Your opportunity now becomes a very history-making opportunity” – and that isn’t even the key line.

The key line is that second one; the one about a calmness that apparently feels emotions and harbours desires. This particular calmness wants multiple people to be one singular successful competitor.

Today’s main thing is the adding of extra words.

(Actually, just one more thing before we get to that. He also said that he’s been following Indian cricket closely before making the baffling claim that, “I more or less watch KL Rahul.” Matthew Hayden says he more or less watches KL Rahul. Anybody any ideas what that means? No?)

Let’s keep things simple. What we’ll do is we’ll reproduce three Hayden quotes. Then we’ll follow each with a translation that’ll help you spot all the superfluous words that he jammed in there for no good reason whatsoever.

Hayden points out that the two dominant captains during the IPL were MS Dhoni and Eoin Morgan, “even though their individual performances weren’t as good as what they have previously done within their own statistical record.”

He could instead have said that the two dominant captains during the IPL were MS Dhoni and Eoin Morgan, “even though their individual performances weren’t as good as in the past.”

“Nothing else that I’ve ever seen throughout various elements of the game that I’ve been a part of ever matches the rivalry between India and Pakistan.”

He could instead have said: “Nothing that I’ve seen matches the rivalry between India and Pakistan.”

“This (Pakistan) camp has got some wonderful assets that will perform on the day that are ready to perform.”

He could instead have said: “Pakistan have got some good players.”

If you sign up for the King Cricket email, we more or less keep an eye on Matthew Hayden and may write about him again even though we’ve been trying to stop doing so for about a decade now.