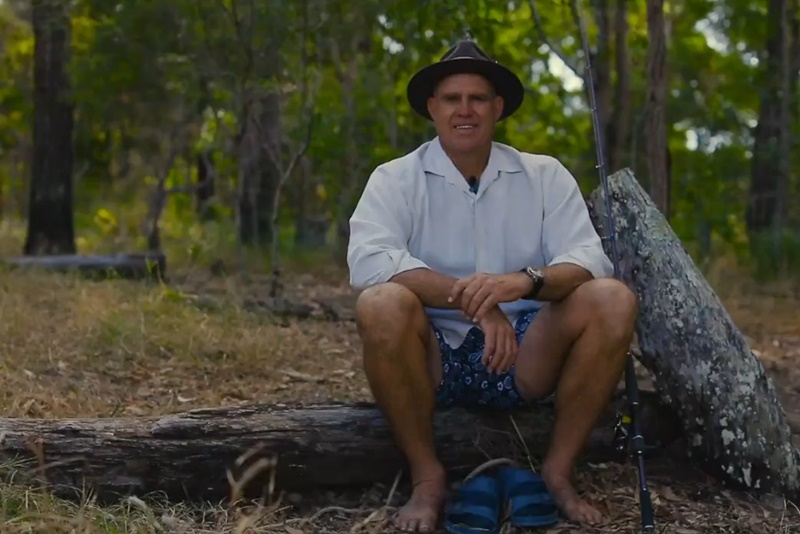 Some time in 2006, we began writing about just how much we did not like Matthew Hayden. This gradually morphed into a compulsion to highlight all of the absolute bollocks he talked.

“Day in, day out, this side just desperately wants to complete its skills and give itself every chance to play good cricket,” he would say.

Or: “I want to see Ricky Ponting going like that when he wins and plays for Australia. That’s the heat of the battle, that’s Test cricket, that’s the enormous passion and enthusiasm that gets played from all games of cricket, you see it even in backyard cricket.”

It quite quickly became apparent that this was a person who put more effort into trying to sound smart and important than into actually thinking.

One of the most striking elements of his speech was a tendency to start one sentence, confuse himself, and then end a completely different sentence.

“The capacity to win in another country under duress of opposition tactics and their entire country was perhaps the best team result that we’ve had,” was one example.

But mostly it was just cod-management gibberish, all ‘processes’ and ‘value propositions’ and shite like that. (‘Process’ is his favourite. Hayden has at times talked about being “part of a process” and “living out that process”.)

Talking about the late Philip Hughes early in his career, he said: “He’s got all the evidence and the skillsets he needs. His humbling personality and how respectful he is are two elements of the baggy green culture.”

There’s quite a bit to unpack in that one.

We could reproduce dozens of quotes to illustrate Hayden’s guff-talking, but that’s the point. Eventually people would email us, saying: “Hayden’s said more things that don’t make sense. You have to write about it!”

By that point our work was done. Even Michael Atherton was slagging him off for talking nonsense. Pointing out Hayden’s verbal cobblers had become a job that took care of itself.

So why are we returning to this now?

It occurs to us that Matthew Hayden spoke most of his public bollocks quite a long time ago and maybe we now have a few readers for whom he is just this guy from way-back-when who made a load of runs for Australia.

And let us be clear. We do not want people moving round in the world thinking things like that. Everyone should have the opportunity to go through life thinking that Matthew Hayden seems like kind of a tit.

“Hayden is yesterday’s news,” counters a fictional young reader we just made up. “Australia have an objectionable left-handed opening bat right now. David Warner is way worse than Matthew Hayden. You should concentrate on him.”

Oh simple, naive, alienated soon-to-be former-reader of this website. David Warner is not worse than Matthew Hayden. Let us tell you why.

David Warner is an emotional man and we would argue that the majority of his objectionable behaviour (admittedly not all of it) is a product of his inner chimp. Interviewed later, in the coolness of another setting, there is a self-awareness to Warner that should perhaps temper your perception of him.

Hayden, in contrast, is a man who stops and thinks about what to say and do and then decides to be a bit of a pious prick.

Now we’re not in the market for weighing different offences against each other, but we will argue that Hayden is the more reliably and consistently objectionable of the two, day-to-day.

“The Platinum Club is basically the top-order batsmen – the ‘engine room’, we call ourselves – plus one of the interior decorators in Damien Martyn,” he once said. “The fast bowlers aren’t invited.”

Matthew Hayden is a person who makes up a thing called The Platinum Club within the Australia team, makes himself part of it and then tells people about this.

“The distinguishing features of my Baggy Green was the blood, sweat and tears,” he said another time.

Or how about the time he defined ‘Australianism’ as, “Uncompromising, very hardworking, fantastic mateship, belief in one another, incredible pride for the country, and being very balanced”?

None of these quotes are damning in isolation. It’s the relentlessness of them that’s so incriminating; forever talking about self-improvement and giving talks on philosophy and mysticism despite being completely incapable of clearly expressing even one simple thought.

How will Hayden coach? What will he say? Coaching is all about communication.

Whether the players are English speakers or not, Hayden brings his own built-in language barrier.

If all the people who get the King Cricket email are in a gang, it is most definitely not called The Platinum Club. And you’re quite welcome to join.