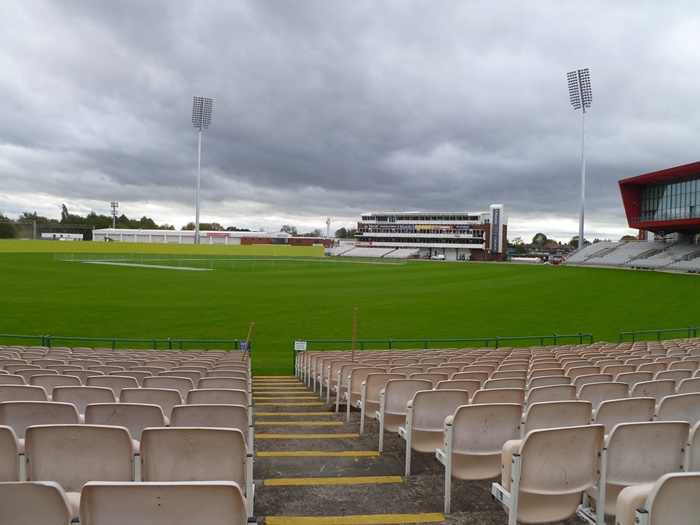 Have you ever agreed to go to a thing and secretly not really wanted to go to the thing? Maybe it was a thing you’d ordinarily enjoy – like a meal out with a friend – only you also had a whole bunch of other stuff on that week and so it started to feel like an extra hassle. Maybe you fully intended to go anyway and then one of the kids got a bit sick. You could probably have found a way to avoid cancelling, but…

Sometimes people don’t plan to let you down. Sometimes their intentions are good, but they’re… well, not looking for an excuse exactly. Let’s just say they’re a little more excuse aware.

With regards to the cancellation – sorry, postponement – of the Old Trafford Test, it’s easy to pick your own dots and join them together to create a picture. It’s easy to get caught up in all the finger pointing and isn’t it convenient thats that are blowing around right now.

We’d argue that binning the match almost certainly wasn’t a nefarious long-term plan on the part of the BCCI. We’d also add that doesn’t mean the bar for sacking it off wasn’t a good deal lower than for your average fixture.

We had pretty good warning that the fifth Test wasn’t India’s favourite appointment after all. In fact we explicitly asked whether the match would actually be played all the way back in May.

The motivations for not playing the match outlined in that article – chiefly the desire to get everyone in place in good time for the resumption of the IPL – didn’t go away. They continued to apply and if they weren’t enough to do away with the match under normal circumstances, they brought the threshold for doing so a good deal nearer. It’s not like the Old Trafford Test was an outright impediment. It’s more that life became simpler without it.

Whether this perception of the match influenced Ravi Shastri’s laissez faire attitude to Covid regulations at his book launch, only he can say. Maybe it was just that general, everyday Shastri sense of untouchability. Or maybe a long, hitherto unaffected tour had seen measures gradually erode all round as more and more people on both sides skirted the edges of what was permitted. (Strikes us that the less strict the rules, the less it seems like a big deal to break them.)

You can imagine players’ complacency vanishing in an instant though at the news they’d been in contact with people who’d tested positive. Imagine for a second being part of a large group who’ve all travelled together for months and are really starting to feel aware of that. Imagine hearing The Virus had infiltrated the camp and then everyone catastrophising to each other and fanning the flames.

We’ve probably all found ourselves in a similar sort of position at some point in the last year or so. People do get jittery and if you put a lot of jittery people together with no-one to temper that, the mood can escalate pretty quickly. Families are present and the players are also weighing up the rest of their years against the very final fixture of a pretty gruelling tour.

We’d argue that India wanted to play the fifth Test. It’s just that when it’s the last match and there’s a virus in the air and a load of other competitions to come and you’re tired and worried and, yes, already 2-1 up. Maybe then you look at the situation and say wouldn’t it be easier if we maybe called it a day and maybe just didn’t play this particular game.

Unfortunately, this growing half-heartedness gave rise to what ended up a last minute cancellation. That is a pretty shitty thing and those who were planning to attend should feel entitled to adopt the Bluth family motto: “Forget, but never forgive.”

The rest of us can maybe take a step back and survey the summer as a whole. There was an awful lot of international cricket this year – almost certainly more than you expected – and an awful lot of it was extremely good. Things have been worse.

Get King Cricket by email like all the other cool kids do.