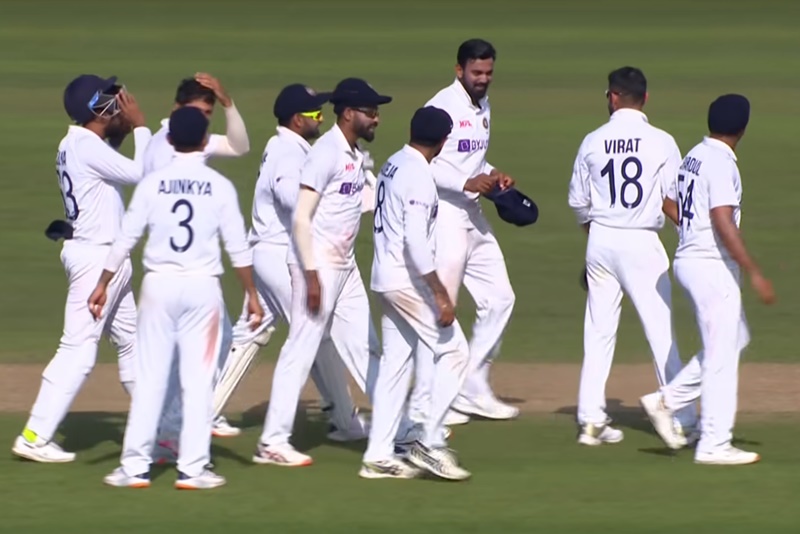 Team selection is a fun thing to talk about before a Test match, but sometimes it really isn’t that important.

We tend to view selection decisions through a prism that refracts everything into right or wrong. But cricket doesn’t exactly work like that.

In any given Player A versus Player B situation there is of course always a better option – but it’s often marginal. Even when it isn’t, the decision is not generally of as much importance as we tend to think it is. In terms of the outcome of the match, you’ve got to weigh the difference between Player A and Player B against the contributions of the other 21 players involved. That selection decision is more than a drop in the ocean, but it’s rarely the difference between victory and defeat.

Plus you can never be certain how the game would have gone had the other player been included instead. If Player A made a hundred, maybe Player B would have made a double. Most likely they wouldn’t have done, but you can’t know.

So yes, there are differences, and yes, team selection therefore matters. But not that much. And sometimes not much at all. Sometimes there’s a big black hole gravity that can’t be fought no matter what you do.

“Bowling on flat pitches tears the backside out of some of these lads,” said Nasser Hussain after watching James Anderson and Ollie Robinson gradually decelerate at the Oval earlier this week.

Now that is a truly stomach churning thing to visualise but the thrust of Hussain’s point was that Joe Root could mitigate the effects by using his third, fourth and fifth bowlers a little bit more.

Using his third, fourth and fifth bowlers is not a thing Root does especially well. In this series he did it best when India were bowled out for 78, which is when doing so was least important. It is during the big innings when he does it worst, forever going back to the well for another bucket of Anderson or Robinson.

This is the eternal tension of captaincy in the field. You always want to use your best bowlers. But you can’t… but you want to… Somehow it’s always a really, really important passage of play, isn’t it?

As a captain, your best bowler is a constant temptation. It’s easy to slam Root for succumbing, but the truth is that his team isn’t good enough that he has much leeway. If they were better all-round, he wouldn’t forever be finding himself in situations where he needs ‘a bit of magic from Jimmy’.

Eventually Jimmy will have no magic. And nor will Robinson. And probably nor will Chris Woakes who just bowled 47 overs in his first red ball match in a year.

That bland world without magic is what England are moving towards and they’re banking on not quite arriving there during the fifth Test at Old Trafford.

There have of course been injuries that make this kind of bowler management more likely. We’d argue that some of those injuries arose precisely because England have found themselves in this situation before.

That is quite the feat. We likened it to the scene in Aliens where the xenomorphs are throwing themselves at the automated sentry guns. No matter how many got cut down, there were always more and the threat didn’t diminish one iota.

India have an awful lot of incredibly good cricketers of every type these days. Captains of strong teams often talk about having to make ‘difficult decisions’ when deciding who to pick and who to leave out, but the difficulty has little to do with the ramifications of the decision. In terms of winning and losing matches, Virat Kohli wouldn’t unduly suffer were he to submit himself to the wisdom of the hat.

The most obvious current example of India’s strength is that they are beating England without R Ashwin, who may as well have stayed in Devon for all he’s been asked to do this series. Ashwin’s is a repeated omission so jarring that none of us talk about the absence of another spinner, Axar Patel, who has taken 27 Test wickets at 10.59 – all of them against England. Pitches, conditions, small sample sizes and all that – but that is still quite the thing when you stop and think about it.

The fifth Test of a series

Whether he’s the best option or not, Kohli trusts Ravindra Jadeja with the ball. This means Jadeja bowls his share of overs in each Test. Kohli trusts his team’s batting too and so also played his spinner when England did not.

England will go into the Old Trafford Test with Anderson having bowled 166 overs this series and Robinson 163. For India, Jasprit Bumrah has bowled 151, but their next most used bowler is Mohammed Siraj with 126.

We’ve highlighted Root’s occasional reluctance to use one or two of his bowlers, but some of that difference is also down to performance: England have had to bowl 43 overs more than India because they have been less good at cricket.

And when you get to the fifth Test of a series, these differences are exaggerated.

If opening bowlers wind up diminished by their workloads, the rest of the attack becomes a lot more significant.

For England, it would be quite understandable if Woakes were a bit leggy too, while Root’s faith in Craig Overton seems heavily dependent on conditions. Sam Curran, meanwhile, has played three of the Tests and taken three wickets at 79.33. Much seems to rest on the famously robust and resilient shoulders of Mark Wood.

India, by contrast, have Mohammed Shami, Umesh Yadav and Shardul Thakur all averaging less than 28 in the series. Ishant Sharma has been a tangential figure so far, but he is not a bad bowler by any stretch, having taken 85 Test wickets at 20.72 since the start of 2018. They could also, if they so wanted, play the world’s number two ranked Test bowler.

We’re not saying England can’t win and we’re not saying India are flawless. What we’re saying is that cricketers’ contributions to a Test aren’t discrete from those around them. We’re saying that you can only lean heavily on certain players for so long.

Whenever we write something, we send it out by email. Go here if you’d like to get those emails.