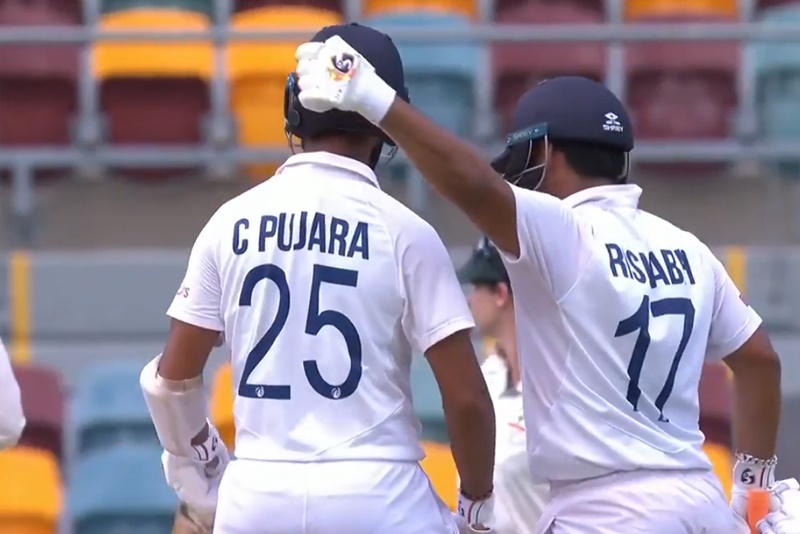 To storm a fortress you need three things: numbers, a tenderiser and at least one person who is not averse to progress. This is the story of how India took the Gabba.

Not all fortresses are hard to take. England turned up at a fort earlier this week and were pretty much invited straight in. Then there are fortresses like Harrenhal in Game of Thrones that is so bloody massive it’s actually impossible to feed the troops needed to defend it. No-one really wants to take that one.

The Gabba is one of the tricker ones though. When India chased 328, it was the first time Australia had lost there in 32 years.

So how did they manage it?

One of the scariest scenes in the Special Edition of Aliens centres on a numeric display on a computer screen.

Halfway through the film, the marines set up a bunch of automated sentry guns to defend themselves from the xenomorphs. If anything moves within these guns’ line of sight, they shoot.

Before too long an alarm goes off.

And then the guns start firing.

On the marines’ display, we see the number of rounds remaining in each gun start to come down.

It comes down quickly.

“Look at those ammo counters go,” says Hudson. “It’s a shooting gallery down there.”

Aliens is a very visual film, but we’ve always found this bit the most chilling. It’s when you realise that no matter what happens to any individual xenomorphs, collectively these things are just going to keep coming.

The marines are just sitting their, helpless, thinking that no matter how many aliens they take out, there will be more and eventually they’ll be overwhelmed.

“Man, listen to that,” says Hudson, audibly spooked and already en route to one of the all-time great cinema flip-outs.

People talk about squad rotation and strength in depth, but it’s rare-to-unprecedented to see a side swap out this many parts and still maintain much the same standard. If we can switch sci-fi franchises for half a sentence, India were like the Borg.

Not all parts were equal though.

With India, it’s more a case of how long Cheteshwar Pujara can get hit, and for how long – with the ultimate aim being to reach a point where those doing the hitting are sufficiently weakened that his team-mates can move forward.

Pujara only averaged 33 in this series, but faced over 100 balls an innings. At times – like the period when he made 8 off 94 balls early on in the Gabba chase – he looked like little more than a punchbag.

But oh how he has leeched Australia’s bowlers of their strength – not just in this innings, but across the series.

He looks pretty unassuming, but Pujara is actually the harshest of taskmasters. His wicket in the run chase cost Cummins, Starc, Hazlewood and Lyon 211 deliveries on top of the 94 he’d forced them to pay in the first innings. A little over a week ago, he made the very same bowlers deliver 205 balls to him and a couple of days before that he’d sucked another 176 out of them.

People talk about how bowlers are professionals and how this is their job, but handing someone a wad of cash doesn’t change the way the human body functions. You can’t buy away fatigue.

If something is too strong, water it down – this is what Pujara does for his team.

At least one person who is not averse to progress

Someone has to score the runs though.

Rishabh Pant is not averse to progress.

Our articles also go out in a free email if you fancy it.