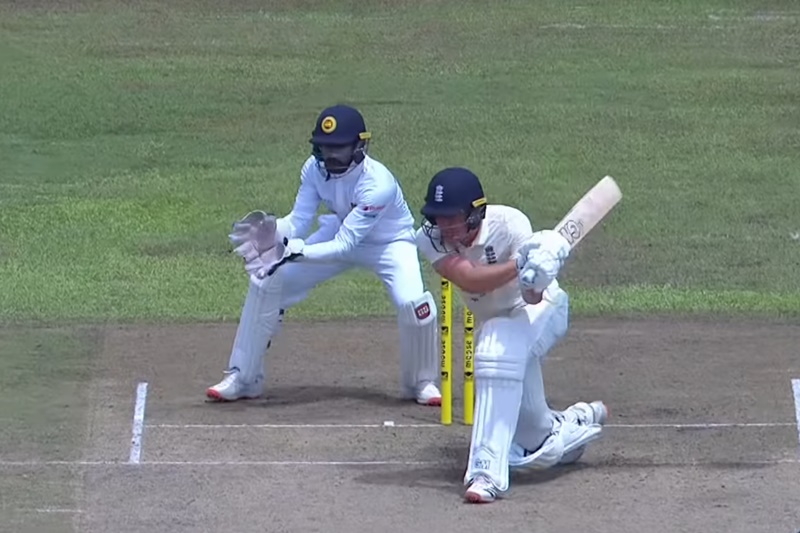 We don’t believe you can draw meaningful conclusions from players’ debuts – but we report on them anyway.

As a connoisseur of part-time bowling, we are greatly disappointed to have missed the two overs Dan Lawrence bowled on his debut (0-10). Fortunately, his batting (73 and 21 not out) provided plenty of fun and japes and the promise of plenty of mad shots in the years to come.

The England batsmen we like the most generally fall into one of two categories:

Lawrence looks like he may well qualify for the second category. Witness the “cover drive” at the top of the page as evidence of this. (Sorry email subscribers, you’ll need to click through to the website to see.)

The kneeling six was the most exciting shot he played though.

It doesn’t even matter how far the ball travelled, that is a confectionery-stall-and-out-again-er of a six. If you wanted to land a cricket ball on Triton, the largest moon of Neptune, this is how you’d go about it.

In conclusion, if Dan Lawrence can continue averaging 94 in Test cricket while hitting shots like this every match, we will be in favour of his continued inclusion in the team.