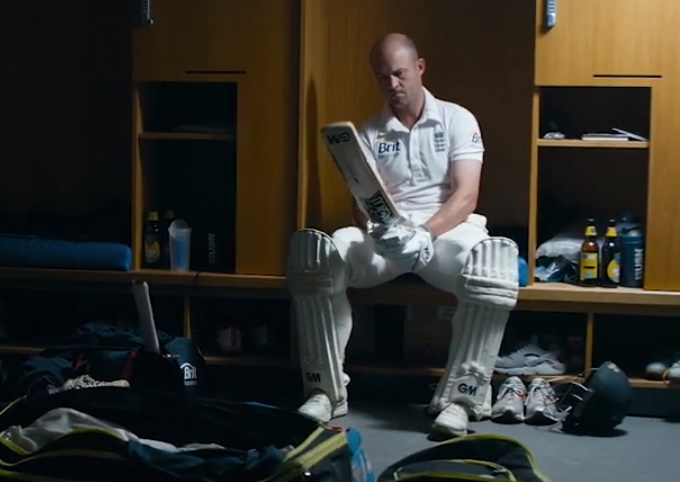 Jonathan Trott was never a cash-in player. He was never the guy who exploited tired bowling. He never stood on anyone else’s shoulders. Trott was the man who provided the shoulders for everyone else.

It’s surely no coincidence that England’s recent period of success coincided almost precisely with the best of Trott – from a hundred on debut in the fifth Test win that secured the 2009 Ashes to another ton in Nagpur that brought about a rare series win in India in 2012. And for all the criticism he attracted, England also managed the unlikely feat of being ranked the top one-day side while he was about.

Trott was the key labourer when it came to building a team innings. He put in the foundations and built the walls and applied the mortar. The middle and lower order came in later to apply a light skim of plaster, at which point everyone congratulated them on how wonderful the room looked.

For some reason, only dramatic ‘impact’ players are ever branded talismans, but in many ways Trott was equally totemic. Perhaps he was less the showy amulet and more a rabbit’s foot concealed in an inside pocket.

Let’s have some intensity…

Midway through Jonathan Trott’s final Test tour, George Dobell wrote that the batsman had again been suffering from “too much thought, too much practice and too much analysis.” Apparently, there were times when he was in the nets by 7.30am.

This seems not merely an incorrect approach for a batsman suffering from a surfeit of intensity, but a dangerously wrong one – Trott is after all a man prone to overtraining. But while it’s easy to say he should have avoided this kind of behaviour on the grounds that it would more than likely prove counterproductive, it’s not so easy to sit still when things aren’t going well.

When you’re anxious, you want to take action. You want to take control. Nerves don’t respond well to the redoubling of efforts though. All Trott was really doing was building things up in his own mind even more. Another tireless construction project, but this time one that was crushing him.

The skittish, jumpy Trott we saw in the Windies series as well as in that aborted series Down Under wasn’t the one most of us will remember, however. The timeless Trott is just that – a man unaffected by time. A man unaffected by anything in fact. A rocky bulwark against whom waves of bowlers broke. Rocks don’t flinch or blink. They just carry on. And on. And on.

Some cricketers make a point of conspicuously brandishing their ‘confidence’. These are generally the guys who feel they have something to prove. The swagger and strut come alongside mental peaks and troughs. In contrast, Jonathan Trott never did or said anything to try and make people think that he was ‘the man’. He didn’t give a toss what people thought.

Trott was almost entirely self-contained and the approval or disapproval of others appeared to have little effect on him. This wasn’t a brash or demonstrative look-at-me-I-don’t-give-a-shit attitude though. He was just oblivious.

Posturing served no purpose because Trott’s brain was the only thing that affected Trott’s emotions. If he felt on top of his game, like he was going to bat all day, no-one – least of all the opposition – was going to persuade him otherwise. He seemed invulnerable to external pressures in a game that brings its fair share and if the flipside was that internal pressures were all the more debilitating, for a long time his immunity to the outside world was what made him England’s most effective batsman.

Batsmen need conviction. You can’t be second-guessing yourself with a cricket ball flying at you at 90mph. During the 2011 World Cup, Trott was criticised by some people for scoring too slowly. Rather than saying that he played a certain way, had a particular role in the team or that these people were entitled to their opinion, he instead told them that they were wrong. You can say what you like about the pros and cons of his one-day approach, but he didn’t make the even-greater mistake of being in two minds on the subject.

The weak-minded will always side with the majority view. Trott had his own ideas and scored an awful lot more runs than that majority.

How to be sledged

There’s a quite marvellous guard-marking scene in the DVD of the 2010/11 Ashes, the series that saw Trott at his best. Our man’s batting and Brad Haddin – partly irked by Trott’s automaton behaviour, but mostly just trying to get inside his head – makes a big show out of marking his guard for him. Haddin thinks that if he can interrupt Trott’s routine, he might put him off his game. Trott stands behind him while he does this, poised, not listening, staring at the line as if Haddin’s invisible.

“You don’t have to do one of yours now,” says Haddin, scraping away at the crease with his foot. Trott blanks him and waits. When Haddin moves away, he methodically draws a line in the dirt in exactly the same spot. Then he hits 168 not out.

You can – and most definitely should – sign up for the King Cricket email here.