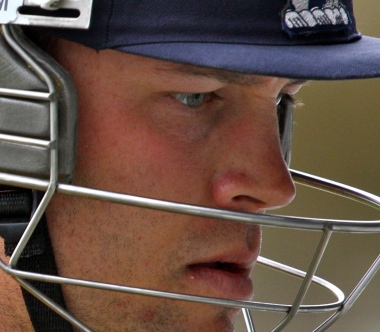 A few people will say that Jonathan Trott‘s 175 not out at Lord’s means nothing, because it’s against Bangladesh. Slightly fewer people will say he’s proving he’s a Test batsman after an ordinary winter.

Why go to extremes? Jonathan Trott’s guts and technique could have been tested more, but his concentration and shot selection were bang on. The thing about a hundred is it’s big enough that it can say more than one thing.

We’re still waiting for one that says: “Yeah? Well. You know, that’s just, like, errr, your opinion, man.”