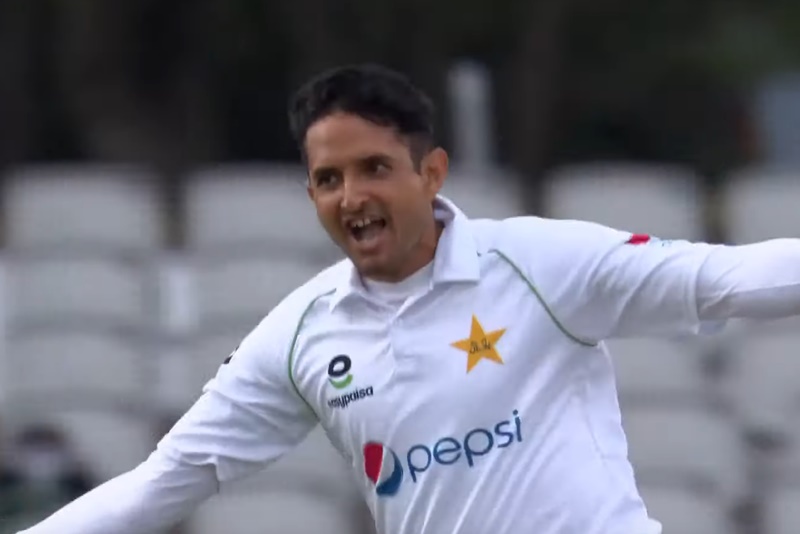 It started with Wasim Akram, obviously. He was the one who first presented us with this idea that the current score might not necessarily be the real score.

The scorecard in an early Nineties Lancashire match required a coda. ‘This many runs for this many wickets but Wasim’. That was the real score.

Because while some bowlers have favourite wickets, Wasim is a man who has been known to start a sentence, “If I were to pick one hat trick…”

He took four of them in international cricket – two against Sri Lanka in 1999 in a little over a week.

Wasim was a bowling attack in his own right. A new ball bowler, a reverse swing master, a line and length seam bowler and a flat track innovator. You didn’t really need to play him alongside Ian Austin to highlight his dynamism, but Lancashire did.

At the same time, there was this other name you’d keep seeing on county cricket scorecards in the newspaper.

We wrote a big thing for The Wisden Cricketer about Waqar Younis for their ‘My Favourite Cricketer’ section.

It’s about two things: (1) How the very best bowlers can give you hope and keep you watching in even the most dire situations. (2) His yorker.

We presume there was a day when we deduced that Wasim and Waqar sometimes played for the same team.

Just the mere idea of that is more intoxicating than 10% Brecon Mind Bleach in its wholly inappropriate 500ml bottle. And then you garnish it with leg-spin.

So that’s where our more fundamental concept of The Pakistan Bowling Attack comes from. It’s not just the bowlers who represent the country, it’s the very foundations of the idea that a bad situation can be turned around with a moment of inspiration.

It’s nice to know that 200 for 0 can sometimes become 250 all out, whether that’s a metaphor for life or just actual scores in an actual cricket match.

That’s how we already felt about the Pakistan bowling attack at the point at which they also started picking Shoaib Akhtar.

Wasim, Waqar and Shoaib actually only played five Tests together and in truth, it didn’t really work. They only won one of those matches – but that’s not the point. The point is the very idea that you could have Wasim Akram, Waqar Younis and some match-winning spinner or other and then also throw Shoaib Akhtar into the mix.

Things have never been quite so spectacular since. Because how could they be? But the roots are there in our psyche and they’re very deep.

The idea of The Pakistan Bowling Attack is why we remember the moments when Mohammad Amir made us say “Holy shit!” and forget about all those times when he bowled like Geoff Allott.

The idea of The Pakistan Bowling Attack is why we fell in love with Umar Gul’s reverse swing, even though he moved like a puppet and averaged more with the red ball than Shane Watson.

Back in 2018, footage emerged of Naseem Shah – supposedly 15 years old, but more probably 17 – taking 6-59 in his second first-class match with a heady masala of hooping away-swingers, yorkers and helmet-rattlers.

The idea of The Pakistan Bowling Attack made this very hard to ignore.

At the very same time, Mohammad Abbas was busy taking a bunch of Test wickets for next to nothing in the UAE. Despite his almost wilfully unspectacular modus operandi, the idea of The Pakistan Bowling Attack imbued his feats with magic.

Although then again, how would we feel if it happened against England?