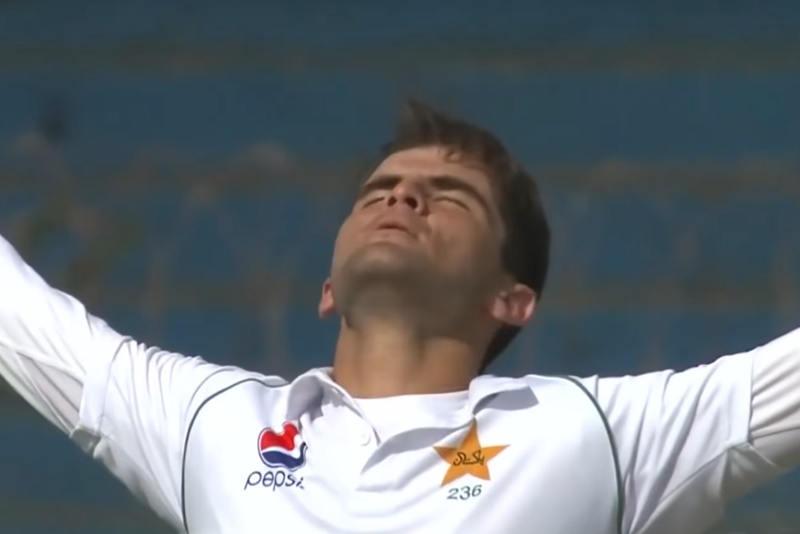 We were going to do a recap of the England v Ireland one-dayers, but they haven’t actually finished yet. So instead we thought we’d switch focus and do a ‘precap’ of the Pakistan series.

We thought we were being wilfully annoying by using a made-up word like ‘precap’ when we could of course just say ‘preview’. But it turns out ‘precap’ is a word that people genuinely use. So now we’re the one who’s annoyed because ‘precap’ is a stupid word.

The Ireland series recap/review would have been a short one anyway. The story’s really just that England’s established fringe players (David Willey and Sam Billings) have performed well while Ireland have looked a bit rusty.

So let’s move on.

‘Precap’ tends to be used in reference to those little montages that truly abominable US TV series use to show you what’s going to happen before it actually officially happens. The very worst shows of all will run a big precap at the start and another one before and after each ad break. If the precaps are sufficiently long and the ad breaks sufficiently frequent, you’ll often find that there is pretty much zero additional footage that isn’t already in the montages.

(Well, almost now. We can’t help but pause a second to highlight the fact that we have just written a whole section headed ‘Precap’ which is not in fact the precap but in fact just more words about the concept of the precap. This section could more accurately be headed ‘Preamble’. But then what would that make the section above it?)

Let’s start with a recap.

The England v West Indies series was to a great extent decided by England’s ability to field two seam attacks versus the tourists’ reliance on one.

Shannon Gabriel seemed to personify the challenges faced by the Windies.

There’s a scene in Mean Streets where a character played by David Carradine – listed in the credits only as “Drunk” – is repeatedly shot by someone but he just keeps coming at them despite this. Trying to work out how he managed it, other characters later theorise that Carradine’s character was so shitfaced he didn’t entirely realise he’d been shot.

We’re not saying that Shannon Gabriel was drunk for most of the Test series, but he did give the impression of being someone who wasn’t entirely aware of how damaged he was. Halfway through the first Test, he was fielding like your granny and he grew visibly more tired as the series wore on.

Gabriel seemed to be forever going off injured halfway through an over. Yet where Alzarri Joseph understandably succumbed to the back-to-back-to-back format of the series, sitting out the final Test, Gabriel played all three matches and was somehow still cranking it up to 90mph in the third.

Near-superhuman physical endurance is great and all, but the team that won the series simply swapped out tiring bowlers for different ones who performed every bit as well. The Windies attack has a lovely amorphously complementary nature to it, but it’s really just those four main guys at the minute. England could spread the workload better.

So what about Pakistan?

No, seriously, this bit’s the precap

In recent years, trying to predict which pace bowlers Pakistan are likely to pick has proven an order taller than Mohammad Irfan.

All the same, let’s have a go.

Mohammad Abbas averages 20.75 in Test cricket and 14.20 in England, so you’d probably pick him.

Shaheen Shah Afridi seems to be the current first-choice left-armer – and Pakistan seem to always pick at least one and possibly three of those, so he’ll probably play too.

Giving some insight into the Pakistan “system”, Misbah-ul-Haq said: “Waqar Younis and I just saw him in the Gaddafi Stadium and he just looked like a complete bowler and we decided that even though he hadn’t played first-class cricket he should go to Australia.

“By the time he arrived there he had played four games and taken 17 wickets. We could see the potential but now we’ve got the evidence at international level; he’s already got a hat-trick and five-fors.”

We’ve only seen snippets from that Australia series, but he looks sharp. (Here’s why Mohammad Abbas and Naseem Shah are both great.)

Mohammad Abbas, Shaheen Afridi and Naseem Shah are who Pakistan picked last time they played and that’s who we’d pick for the first Test too. But who else can they turn to when fatigue starts to tell?

Well put it this way: they could have played Dads v Lads matches in their intra-squad warm-up matches leading up to this series. 36-year-old Sohail Khan, who got a couple of five-fors against England in 2016, is in the squad and so is the King of Slapbackiness and Witty Comebacks, Wahab Riaz. One of the Imran Khans is in there too. One of the older ones. (No, not that old. Not the most famous one. That one’s kinda busy.)

There are various brands of all-rounder as well.

You can draw your own conclusions about what all of this means, suffice to say Pakistan have alternative bowlers they can pick and they are not traditionally a nation fearful of changing their first team.

None of this really matters if they can’t get any runs of course, but either (or both) of Azhar Ali and Asad Shafiq could suddenly make use of their extensive Test experience while Babar Azam is about as good as they come.

There’s a temptation to try and recap our precap here, but we’ll resist.

We actually have nothing to add. This last section wasn’t really necessary.