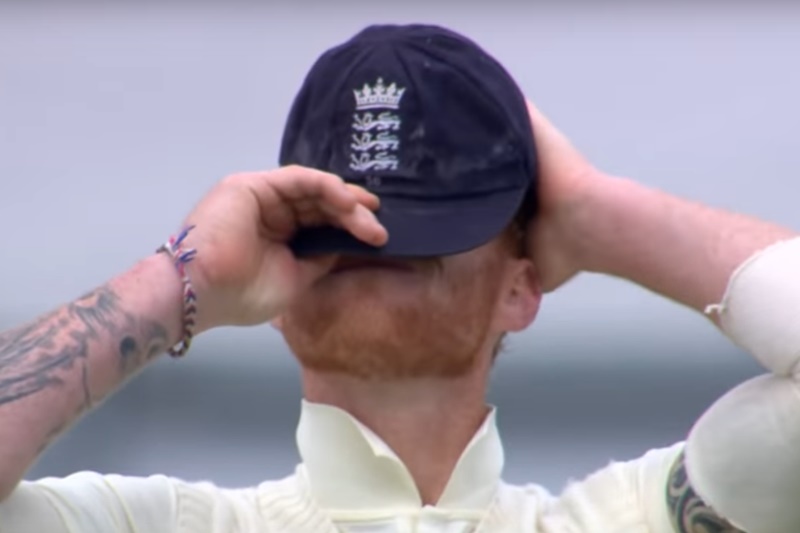 Let’s talk about picking bowling attacks. Let’s use the first Test between England and the West Indies as a case study and, for an extra frisson of excitement, let’s do this halfway through the game – that way any specifics we use can turn out to be very wrong.

Because being wrong is what picking a bowling attack is all about.

Let’s start with the West Indies, because they bowled first.

The Windies have settled on a bowling strategy in recent years. Kemar Roach and Jason Holder give the batsmen nothing, while Shannon Gabriel and Alzarri Joseph fire it down with a little more intent. On this occasion they supplemented their pace foursome with the unremarkable finger spin/small West Midlands village of Roston Chase.

In England’s first innings, this line-up did the job. The pace of Gabriel and ludicrous height and lateral movement of Holder hoovered up all the wickets, but the accurate work done by Roach shouldn’t be overlooked. He forced the batsmen to make a lot of difficult decisions and wore them down considerably.

You could say that Ben Stokes and the rest of the England management team picked James Anderson, Jofra Archer and Mark Wood as their pace bowlers for this Test. A more accurate way of putting that would be to say that they didn’t pick Stuart Broad.

A lot of people were angry and confused about this omission – chief among them Broad himself, who had a grand old bitch and moan in Sky Sports’ special lockdown diary room.

Broad is a man we have warmed to more and more as his career has worn on. It’s hard to put our finger on precisely why this is, but it seems to revolve around our coming to appreciate his fundamental Broadness.

On this occasion our man pretty much said that while his team-mates were really good, he was even better and it was stupid to drop him – which is a very Stuart Broad thing to get away with saying.

He did have a point. He’d taken 14 wickets at 19.42 in England’s previous series in South Africa, and the last time England played at home, he’d made David Warner look ridiculous. You’d have thought those efforts alone would have earned him a spot.

Most of us have spent a little too long thinking about one thing or another in recent months and it kind of feels like England have done the same thing. Imagine you have zero time to chew selection over. In that situation, when you’re just naming 11 England players without thinking, your opening bowlers are definitely going to be James Anderson and Stuart Broad.

There aren’t many occasions when you’re playing in the UK when that isn’t a pretty decent way of setting about things.

Archer and Wood duly mustered one wicket between them in the West Indies’ first innings and everyone concluded that Broad would have nibbled a couple more. We imagine he would have.

But then England didn’t bowl badly and Test cricket is a two innings game.

This is actually one of the reasons why Holder’s such a great cricketer. Regardless of conditions, he is never a weak link. The shift does however highlight that yesterday’s match-winning bowler can easily become today’s support act.

This leaves a gap in the Windies attack. With minimal swing and not so much seam, someone else needs to take the wickets.

This is the challenge of putting together a bowling attack: conditions are rarely constant. If one bowler adapts to a change in circumstances, that’s great – but it may also leave a void that someone else will have to fill.

Who will dismiss England in less Holder-friendly conditions? Roston Chase maybe? He’s done it before – against England, in fact – but other than that one occasion, he doesn’t have a history of spinning teams out single-handed. The Windies would no doubt like to have a second 90mph-plus bowler to supplement Shannon Gabriel, who may find himself blunted through overuse.

And then after that, what of England’s attack? If Archer and Wood scythe through the Windies batsmen and take England to victory, are they second innings saviours or first innings flops? How would you weigh those contrasting contributions?

And related to that, how would you factor in the 25 overs James Anderson ended up bowling in the first innings to allow those two to bowl shorter spells? You’d certainly have to include that aspect as yet another major contribution from Jimmy in the unlikely event the two of them to turn into world-beaters on day five.

A good bowling attack is a kind of amorphous multi-coloured slurry. As a captain, you want to be able to smoosh it around and apply different bits of it at different times – only without moving it in such a way that you put a hole in it.

This is, for almost every team, impossible. Whoever you pick, however you combine your bowlers, before too long you will almost certainly bowl your way to a point where one of your weaknesses is exposed. That specific weakness would absolutely 100 per cent definitely have been perfectly covered by a player you haven’t picked.

This is just the way it works. Every bowling attack is wrong. The aim of the game is to be less wrong than the opposition. And also to bat better.