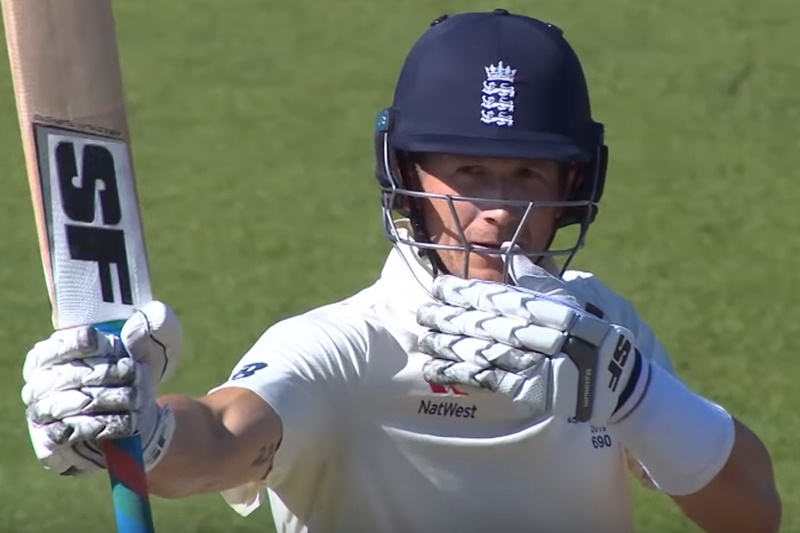 Joe Denly is an unbelievable Test cricketer. You’ll note that we’re saying ‘is’ and not ‘was’ there. That’s because of the specific way in which Joe Denly is/was unbelievable.

But as a batsman – which is how he’s judged – Denly generally did juuuuust enough to avoid being dropped.

There is an artistry to this. Denly has painted both by numbers and also more expressively.

In 28 Test innings, Denly has made only three single figure scores and zero hundreds.

At the same time, he has been England’s Baron of Balls – in 15 of those innings, he has faced over 100 deliveries.

Consider those things at the same time and that is a remarkable and also inconsequential record.

It’s almost as if he’s tended to fall victim to the sheer mental toll of batting.

In his first Test series, against the West Indies, he averaged 28.00. After pacing himself incorrectly in the one-match Test series against Ireland (when he made 23 and 10), he then averaged 31.20 against Australia.

Feeling a trifle under pressure, he then averaged a towering 37.20 against New Zealand, before settling back to a comfortable 30.00 for the series against South Africa.

After making 18 and 29 in the first Test against the West Indies this summer, he is actually due – albeit ‘due’ for Joe Denly means ‘due to make 73 runs across two innings, almost certainly without passing 50’.

If he did that, it would mean averaging 30 in 30 Test innings with no hundreds, which whether it happens or not is how we’ll always remember him.

All of which masks something. Within those narrow confines, Denly has done some fairly brilliant things, some relatively awful things and a few other things that are neither one nor the other but which are still worth mentioning.

For example, in New Zealand, at Mount Maunganui, Joe Denly made 74, batting at three. That is, on the face of it ‘good’. But then this was a match where BJ Watling would go on to make a double hundred.

Denly has also top scored in an Ashes Test with 12. That is definitely not good. But, at the very same time, it is also the least bad innings on a terrible, terrible day.

As an even purer example, in the 2019 Boxing Day Test, Denly top scored in England’s first innings with 50. Again, this wasn’t enough runs, but it was a sort-of-okay number and it was more than anyone else managed. The key for this one, however, is that he had also been dropped on nought. What you’re supposed to think of an innings like that is anyone’s guess.

Let’s pick out the highlights now, because, unlike most highlights, they do actually need highlighting.

Remember Ben Stokes’ Headingley hundred? Of course you do. Remember the first part of it? The part he played towards the end of day three? Maybe you don’t remember that part so much.

It was slow going that day. Necessarily slow. Crucially slow. Without the slow, there couldn’t have been the fast – the bit that we all remember.

When Joe Denly arrived at the crease, England were 15-2 chasing 359 to win. He could have thought ‘fuck it’ and played some shots. He didn’t. He made a nice round 50 off 155 balls. He helped an amazing thing happen.

But here’s a more obvious one. The fifth Ashes Test. Denly, by now opening the innings – because somebody had to – made 94.

It was the highest score in the match. England won.

We don’t know about you, but as an England fan we feel we owe a debt of gratitude to any player who does that.