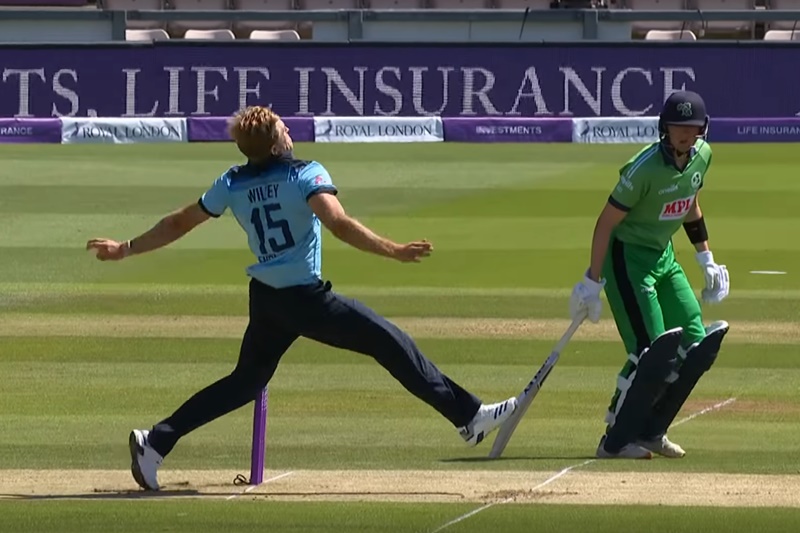 Example one. In March 2019, Sky Sports commentator Ian Ward delivered the definitive expression of incredulity when David Willey opened the bowling against the West Indies in an Alice band. (You may have seen it.)

In July 2020, almost every England cricketer seems to sport an Alice band, sweat band, bandana or similar, because apparently England cricketers are unable cut their own hair, unlike everybody else in the entire country.

Example two. In July 2019, David Willey was seen celebrating winning the World Cup – in a promotional video for a computer game.

Because of course David Willey had not won the World Cup with England. He had been dropped on what we feel a strong urge to refer to as the “eve” of the tournament, even though that is calendrically inaccurate.

David Willey is of course now in very fine form, when we’re just about as far from a 50-over World Cup as it’s possible to be and when even the ludicrously regular T20 World Cup has been pushed back.

Conclusion. We are hugely confident that come the next major tournament, David Willey will have very recently suffered a colossal loss of form or a ruptured pancreas or a lost passport.

We are equally sure that he will again have sufficient hair to necessitate an Alice band while everyone else will have stopped wearing them.