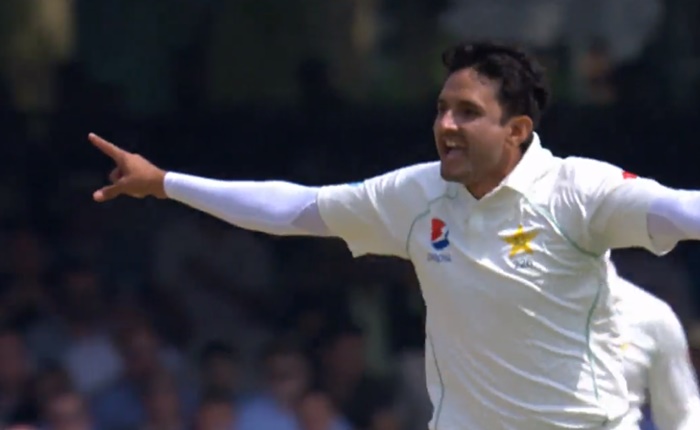 Footage emerged this week of a player who could only ever have been from Pakistan. Supposedly 15 years old – but actually 17 – Naseem Shah took 6-59 in his second first-class match via a heady masala of hooping away-swingers, yorkers and helmet-rattlers.

Meanwhile, in Abu Dhabi, Shah’s countryman Mohammad Abbas was working his way to 54 Test wickets at an average of 15.94 via his increasingly familiar method of medium-pace line and length.

It’s like the old saying goes, there’s more than one way to discover the phone number of a drug dealer who appears to be making efforts to become a property developer.

In series three of The Wire, Detective McNulty goes to Stringer Bell’s community college, tells some lies and gets his phone number from the school records. Meanwhile, his colleague Detective Freamon gets the exact same information from property purchasing records. Both methods work.

Cricket is a rich and varied sport where it makes total sense to get overexcited about watching Shah crowbar holes in a team while simultaneously marvelling at the astonishing ability of Abbas to gently unravel a batting line-up by pulling on just one or two very specific threads. Cricket is ace.

And so is Abbas. In May he took 17 wickets across two Test matches – one against Ireland and one against England – and looked every bit the archetypal early season green pitch nibbler. Bowling in much the same way, he has now taken 12 wickets against Australia in the UAE in a Test and a half. He’s succeeded in the West Indies too.

According to CricViz, Abbas bowls at the stumps more than anyone and is “unburdened by excessive pace,” typically delivering the ball at just under 80mph. He doesn’t go for runs because he doesn’t do anything wrong.

If Naseem Shah appears to be in the business of trying to persuade a sufficiently large number of stars to line up to earn him his wickets, Abbas is more like Peter Siddle, operating within a very narrow performance range where facing him is like walking a tightrope.

Maybe one day they’ll work together.