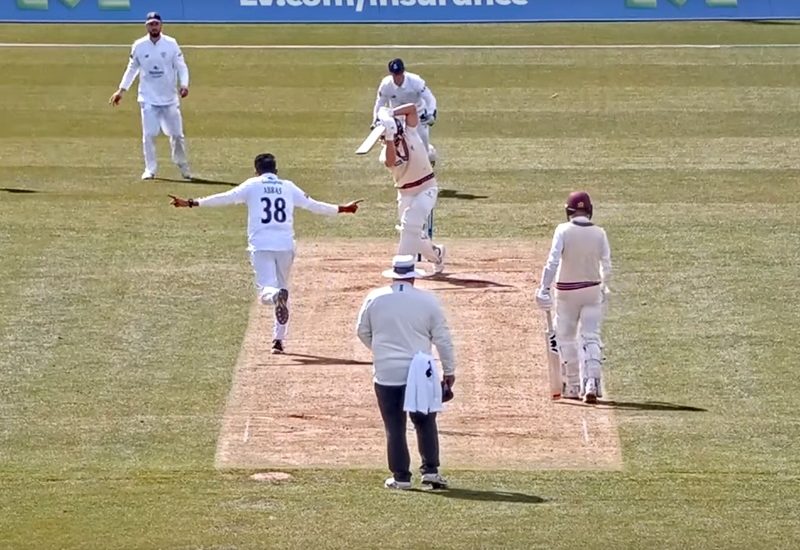 There is much debate about fairness in county cricket at the minute. Is it fair that Nottinghamshire – who finished third in the Championship last year – have to play in division two based on how they performed in 2019? Is it fair that teams in the top flight won’t play every other team twice? Is it fair that Hampshire have Mohammad Abbas?

For those new to English domestic cricket, or struggling to catch up, here’s our lowdown on the structure of the 2022 County Championship.

With an even number of teams in the first division, there was no reason why the competition couldn’t get underway with a full round of fixtures. No obvious reason anyway. Lancashire and Yorkshire sat things out anyway. You have to ease into these things.

That left us with four matches, three of which were drawn. We are therefore left drawing our Big Conclusions from the solitary victory/defeat result: Hampshire beating Somerset by 10 wickets inside three days.

One match isn’t much to go on, but that’s a pretty big win. We can therefore state with complete certainty that either Hampshire are an incredible side or Somerset are a godawful one. It’s possible both of those things are true.

Hampshire cruised to a score of 400+ but Somerset failed to reach 200 in either of their two innings either side of that. How was this so? Well, Hampshire have a pace attack comprising Kyle Abbott, Mohammad Abbas and Keith Barker (who has been taking cheap wickets and chipping in with handy runs since Darren Stevens was merely a ‘senior pro’).

That attack is not cheating exactly, but it’s not one you’d be keen to come up against early season. (Barker has taken 449 first-class wickets at 24.81, in case you’re wondering – mostly for Warwickshire.)

As we’ve said, it’s not cheating to field Mohammad Abbas, but having the use of someone so good at such an important element does feel a bit unfair. It’s such an imbalance. It’s a bit Dads v Lads.

Abbas, Abbott, Barker. You wonder how good Hampshire’s attack could be if they were willing to venture deeper into the alphabet.

You should definitely sign up for the King Cricket email. There’s no need to take our word for it. Just see what this delighted in-no-way-made-up reader had to say about doing so…

“Signing up for the King Cricket email was the best thing I ever did – by far!” – Santiago del Testicles.