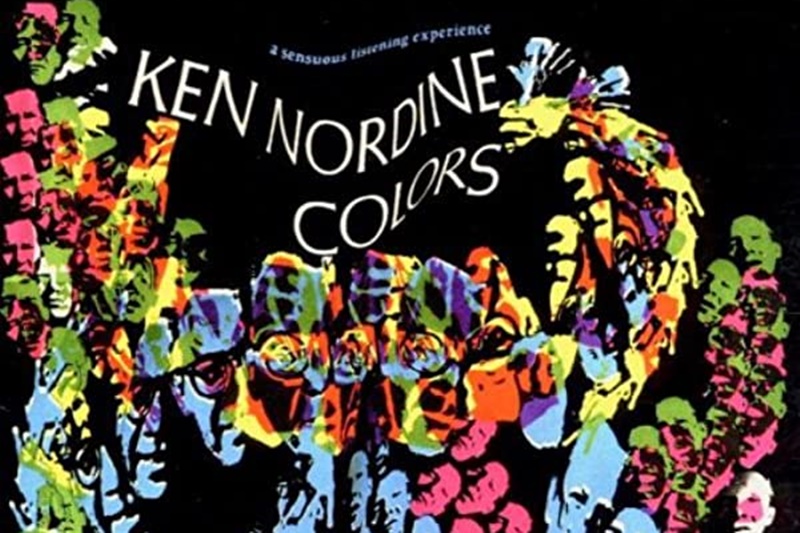 If there’s a simple and obvious way of predicting the 2020 IPL that for some reason hasn’t yet been done, it’s this… We’re going to look at all of the team kits; we’re going to establish the main colour of each one; and then we’re going to listen to what Ken Nordine said about those colours on his 1966 “word jazz” album, Colors, to see what that says about each team.

If you don’t know Colors, have a listen. It’s mellow jazz over which this guy Ken Nordine talks about various different colours, imbuing each of them with a whole personality and character.

It’s fairly mad. It was initially commissioned by a paint company, but people liked what he did, so Ken turned it into an album.

He did tracks about 34 different colours and made some interesting selection decisions. Fuchsia, chartreuse and puce all feature, for example, while “red” was apparently too weird and niche to make the cut.

You might not exactly comprehend how all of this relates to the IPL, but all will become at least moderately clear if you read on.

Take it from us, this ‘predicting the IPL based on Ken Nordine’s Colors’ idea is a brilliant idea.

This ‘predicting the IPL based on Ken Nordine’s Colors’ idea is a terrible idea.

Ken covers about a million different versions of purple (and good luck trying to define where one hue starts and another one ends) but he doesn’t do dark blue.

He does plain old blue – but Mumbai Indians’ blue is a bluer blue than Royal Challengers’ blue, so we’re saving that for them.

This means we’re going to have to deem Royal Challengers’ shade of blue, ‘black’. (We think this is okay. They used to wear quite a lot of black and it really is a very, very dark blue.)

Adding an additional layer of confusion, Ken begins his comments on black by referencing ‘a hole in Calcutta’ – a city which does of course have an entirely different IPL team. Not helpful, Ken. Not helpful at all.

Ken finishes by repeating the word ‘black’ in the style of Johnny Nice.

Prediction: Royal Challengers will finish last. Or at least they would if their kit were black. Which it isn’t.

According to Ken, green didn’t want yellow in, “which caused yellow to weep yellow tears for several eternals, before there were years.”

It works out well in the end, but it’s actually blue who sorts everything out.

Delhi’s is a pale blue, so we’ve gone with azure.

“Azure is bored just being blue,” which has apparently led it to, “act sort of silly, like it’s at its wit’s end.”

Azure tries to be different “because it can’t stand being same.”

Prediction: Bit of a wildcard. Could finish last. Might win the thing.

We’ve got Kings XI down as magenta purely on the basis it seems the closest colour on offer to a generic red. Having now seen footage of the 2020 kit, cerise actually seems like a better fit but we’ve already allocated that to Rajasthan Royals, so what are we gonna do?

It’s good news for Kings XI though because magenta, “has her own gossip column and almost the freedom to say almost anything.”

With the inside scoop on what lavender, fuchsia and russet are up to, we’re presuming magenta has decent intel on the other colours too, which has got to be an advantage.

Maroon is darker than burgundy, we think, and KKR’s kit is quite dark.

Quite hard to interpret this one because Ken basically just lists a load of words that rhyme with ‘maroon’.

One of the words is ‘spittoon’ which is a word that cropped up in conversation the other day. Specifically, we were wondering whether they used to call them ‘gozzoons’ in the North-West of England.

This starts pretty much exactly as you’d imagine if you’ve seen Cricket Fever.

“Time was when blue was the saddest. Sadder than that. Blue was the bluest blue can be blue. No one seemed to care, least of all blue.”

Sounds grim, doesn’t it. But wait!

“But then on a Thursday of a year – who can remember except blue – something sudden happened. Blue went as high as sky is high; flipped fathoms up; began to swing easy, sensibly, the way swings should be swung.”

“Sorry to say, but cerise – according to a most indelible source who lives near hue – is out of it. True. Cerise is definitely out. About as out as out, the opposite of in. Don’t ask me why. It doesn’t make any more sense to me than it does to you.”

Prediction: Banned for spot-fixing or some other kind of corruption.

Bit of a gradation, but we figure it averages out at amber.

Ken gives us a great deal of talk about “pure amber neutrality” in a piece that’s basically entirely about traffic lights.

There’s a faint hint of respect at amber’s significance in his reference to it as “the referee between red and green” but the broader sense you get is that Ken doesn’t really think an awful lot of amber.

Colour is a spectrum and our labels for particular colours are vague and ill-defined and therefore interpretations of colour differ from person to person. The only thing we can be certain of is that someone will win the IPL and that it will definitely be because of the colour of their kit. (Unless the tournament is abandoned halfway through because of coronavirus.)

If you choose to join the wonderful group of people who are currently funding King Cricket via Patreon, we will do more features like this. Should you see that as a good thing, you can flip us a shiny coin or buy us a pint each month here.