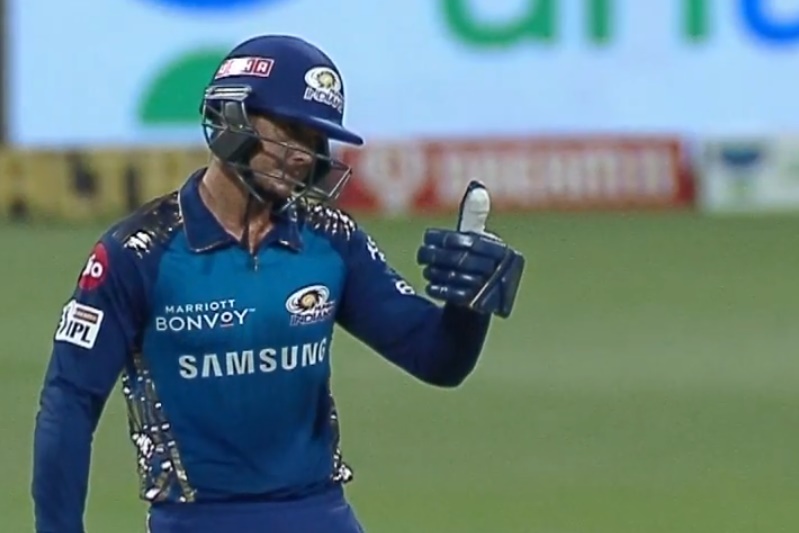 At the start of the IPL, we tried to predict who would win based on what word-jazz artist Ken Nordine had said about the various team kit colours in his deep, resonant voice back in 1967.

Some of you may have felt that this was not a sensible way to predict a T20 league. WELL WHO’S LAUGHING NOW?

At the halfway stage, Mumbai Indians lead the IPL by zero points from Delhi Capitals.

Guess who we predicted would win the IPL?

As Ken Nordine said: “On a Thursday of a year – who can remember except Blue – something sudden happened. Blue went as high as sky is high; flipped fathoms up; began to swing easy, sensibly, the way swings should be swung.”

It was very obvious that what Ken was saying here was that Mumbai Indians would lead the IPL at the halfway stage and would probably go on to become champions.

We also predicted that second-placed Delhi Capitals, “might win the thing,” on the basis that Ken said of azure that, “it can’t stand being same.”

We haven’t actually got time to cross check our other predictions against the current IPL table, but we’d say it’s 99% likely that they’re all exactly correct too.

We should probably investigate whether old Ken Nordine lyrics could help us achieve excellent results in other areas of our life.