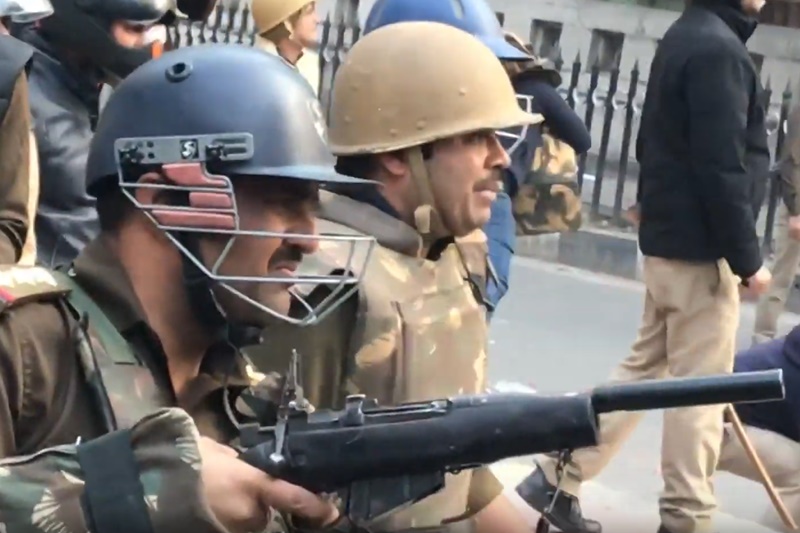 Send your pictures of cricket bats and other cricket stuff in unusual places to king@kingcricket.co.uk. Feel free to put the cricket thing in the unusual place yourself. (In fact we actively encourage it – we don’t get anywhere near enough of those ones.)

The other day Aju John got in touch with us to highlight a number of instances where Indian police officers have worn cricket helmets.

It seems to be quite a common thing.

Most of the examples we found were officers… it’s hard to decide on the right word here. Let’s go with ‘managing’ but then let’s also italicise it so that you can maybe infer something a little more nuanced than that particular word would otherwise suggest.

Most of the examples we found were officers managing crowds protesting the Citizenship Amendment Act late last year.

That guy at the top of the page was in Hazratganj in Lucknow, but this shot from outside Nadwa College in the same city gets across that cricket-helmet-as-riot-gear is very much de rigueur for these sorts of occasions.

You’ll probably also have clocked the guy bottom-right in the motorbike/motor-racing/astronaut helmet.

Feel free to submit this image to King Motor Racing or King Space Travel if you happen to read those publications as well as this one.