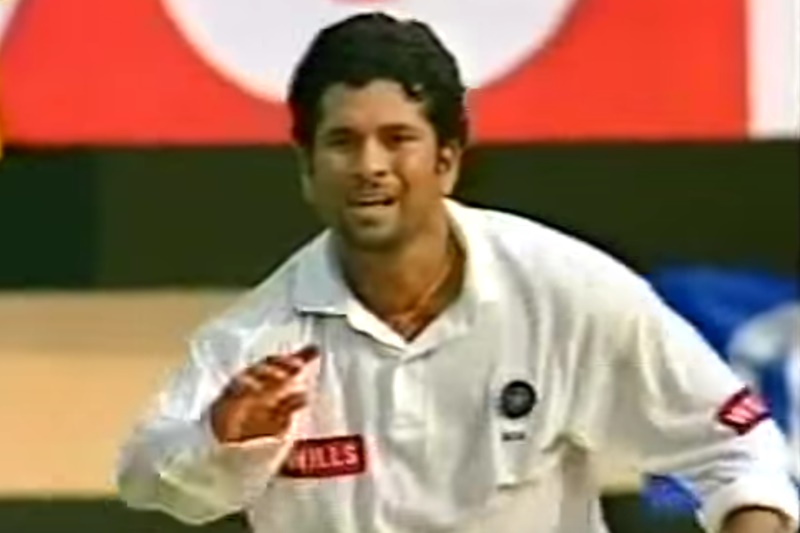 All-rounders are great, but part-time bowlers are more entertaining. Bowlers have to bat in Test cricket, even though they are not picked as batsmen – but only very occasionally is a batsman asked to bowl. Let’s try and work out which Test cricketer who wasn’t picked for his bowling was the best at bowling.

Different teams have different holes in them and so they need different pieces to complete them. One team might want a run-scorer who can be relied upon to get through a few overs of economical fast-medium. Another might have a vacancy for a frontline bowler who can hang around and make 20-odd with the bat.

At some point on that continuum you reach a point where no-one really honestly cares about your bowling, but you do still occasionally get asked to bowl.

In fact there’s almost a case for saying that the perfect part-time bowler would be someone who comes on, instantly takes a wicket, and is then immediately whipped out of the attack.

Because part-time bowlers are, more than anything, partnership breakers. They’re a somewhat desperate roll of the dice. You bring on your part-time bowler when things are shit and you hope that you hit that bullseye and that the rest of the dominoes fall like a house of cards and it’s checkmate.

So that’s kind of what we’re looking for here.

This is a tricky one.

Test cricket’s greatest part-time bowler will need to have a certain body of work to justify that title – but the very nature of part-time bowling means that necessitates a lengthy career.

What we’re saying is, we need someone who played enough for us to know that they didn’t bowl much.

Let’s set a lower limit of 10 wickets because any less than that is too little to evaluate.

At the opposite end, let’s go for 100 wickets because more than that is just too many.

Let’s see what that gives us.

A lot of specialist bowlers have taken between 10 and 100 Test wickets. Working our way down the list, Sanath Jayasuriya is the first with fewer wickets to his name than Test appearances.

Jayasuriya played 110 Tests and took 98 wickets. This doesn’t seem very part-time to us. He’s maybe not doing a full-time job exactly, but he’s certainly around for the majority of the week and sometimes he stays late.

We feel like we have to exclude Jayasuriya. The man took 323 wickets in one-day internationals, for crying out loud. That puts him at number 11 in the all-time list – ahead of Shane Warne and absolutely everyone who’s ever played for England. That is not a part-time bowler.

The next man with more appearances than wickets is Steve Waugh. Let’s weigh up his case.

> Who is Test cricket’s greatest number eight? (Which Test bowler was the best batsman?)

Waugh averaged 7.7 overs a Test match, which is not a lot, but also not a little. He also took three five wicket hauls. That feels quite all-roundery – but then it was in the space of 168 Test matches, so maybe we should give him the benefit of the doubt. Although throw in four four-wicket hauls and we don’t know. It feels a little incriminating.

You may have noted that 92 wickets in 168 Tests is more than a wicket every other Test. That’s starting to feel like a concrete thing we should stick to. If you’re taking less than half a wicket a Test, it seems safe to assume you’re not considered a key part of the bowling attack.

That feels about right. (If only because we don’t really want Cronje coming out on top here, do we?) (Also, it’s worth pointing out that Gayle bowled over 1,000 Test overs. That’s not part-time.)

This moves us on a lot. Or actually not very much at all because it turns out the top wicket-taker to have taken less than a wicket every other Test is Steve Waugh’s twin brother.

Some will tell you that he’s an all-rounder on the basis that he averaged more than that with the bat. To that we can only counter with the fact that Alastair Cook averaged 7.00 with the ball in Test cricket.

The fact of the matter is that Mark Waugh averaged just over six overs a Test match and recorded one five-for, one four-for and one three-for in 128 Test matches.

That is a part-time bowler.

If we’re rating the best part-time bowler by how many wickets they took, Mark Waugh is the best.

Darren Lehmann warrants a quick mention here for having taken 15 wickets in 27 Tests at 27.46. Had Boof played three more Tests and failed to bowl in them, he’d have topped the list.

The next man, we’d say, is our winner here.

This is undeniably part-time, but Katich was also undeniably effective. That bowling average is superior to Matthew Hoggard, Peter Siddle and Yasir Shah. It’s better than Brett Lee.

And then there’s the small matter of his strike-rate. This, for us, is where Katich makes his case.

As we wrote several hundred words ago, the ideal part-time bowler is someone who comes on, instantly takes a wicket, and is then immediately whipped out of the attack.

You’re looking for instant impact. A part-timer isn’t a fill-in bowler; he’s a spanner flung optimistically into the opposition’s works. You bring on a part-timer when you’re hoping to magically turn a hopeless position around.

That strike-rate is the same as Fred Trueman’s.

Simon Katich is the greatest part-time bowler in the history of Test cricket.

Further reading: Two dismissals and over – who was Test cricket’s busiest wicketkeeper?

Want to get King Cricket articles by email? You can sign up for that here