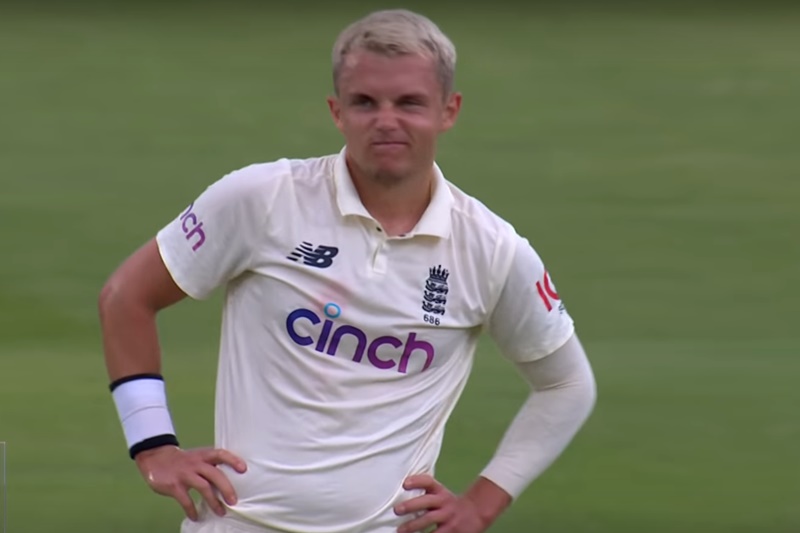 England played a bunch of cricket matches in the summer of 2021. We’ve got this mad idea that if we pull together a load of the moments that caught our attention, it will somehow give a sense of what the entire season was about. Let’s see, shall we?

So much happens in international cricket these days that much of it becomes transient and ephemeral. This article is really nothing more than a bid to jog our own memory – because ours is a memory that generally requires an ultramarathon volume of jogging before anything actually goes in.

Here are 12 things that happened this summer.

Pretty much the first thing that happened this summer was that Ed Smith had his job evaporated out of existence. We concluded that Smith would mostly be remembered for making all of his decisions – good or bad – in a faintly-annoying self-important way.

The head selector job was rolled into the job of head coach. Chris Silverwood immediately celebrated his expanded influence by suggesting that the New Zealand and India series constituted, “perfect preparation for us as we continue to improve and progress towards an Ashes series in Australia.”

England would go on to lose both of those series, so yes, they probably did constitute perfect preparation for England’s upcoming Ashes experience.

India tried to bin off the Old Trafford Test

It was back in May that India first ‘informally’ suggested that actually, hey, maybe we don’t play the fifth Test of this series after all, what do you reckon? England were having none of it – at least until September when the match didn’t happen. It’s probably going to take place next year now instead – although however they present it, it’ll have a definite ‘exhibition match’ vibe about it.

See. Good things do happen. Hameed made it back into the England Test squad towards the end of May. It wasn’t until August that he made it back into the team, whereupon he made a rather tragicomic golden duck. This was followed by a single figure score, two 60-odds and another duck. He’ll be okay, right?

The two-Test series against New Zealand brought several debuts. Ollie Robinson was the interesting one from an England perspective. Despite a quick furore over some of his social media output, he already looks a mainstay of the side.

Wicketkeeper James Bracey made a duck and does not look a mainstay of the side.

For New Zealand, Devon Conway scored 200 in his very first knock when pretty much all of his team-mates failed. Who knows how things might have gone had England bothered picking a spinner. Maybe the same. Maybe not.

We marked the occasion by celebrating one of Anderson’s finest qualities – his tetchiness.

You’ve probably got some sort of awareness that England lost to New Zealand because we’ve already mentioned it in this article. What you may not remember quite so well is ‘any of the detail whatsoever’.

This little nugget – that Mark Wood top-scored in England’s second innings in the second Test – is one of those that doesn’t in any way tell the full story but does somehow speak of a deeper truth.

How did England’s series against New Zealand go? New Zealand made six changes after having the better of things in the first Test and then Mark Wood top-scored in the second innings. That’s kind of all you need to know.

No, seriously, they did. England played SIX matches against Sri Lanka in the summer just gone. Honest to God.

No, come on, you remember. Those three players got sent home for breaking Covid protocols in Durham. Yeah, that Sri Lanka tour.

This one’s a bit more memorable – particularly for Pakistan who have since suffered the addition of insult to injury when England pulled out of a reciprocal tour because mumble mumble mumble.

So what happened was England had to magic-up a whole new one-day squad for the series after the first-choice one was sidelined by a bunch of coronavirus cases. It was led by a half-fit Ben Stokes and wasn’t actually a particularly weird squad at all because England routinely use tons of players anyway.

There are two things worth mentioning about the series itself.

We also did a whole thing about Vince and The Gower Law during this series that we like to think is worth a read.

It was the India series next and England immediately got into the swing of things by having four batsmen dismissed without scoring on the very first day. It was the third time they’d suffered four ducks in an innings in their last five Tests.

Not everyone was rubbish though. Jimmy Anderson took two wickets in an over and celebrated them in really, really, markedly different ways.

Joe Root played a nothing shot

Joe Root is not rubbish either. He played this wishy-washy indeterminate prod of a shot for a single and then he played it ten million more times and made an almighty volume of runs (less than ten million – that was just rhetoric – but still a lot).

Highlight of the summer? It’s a hard one to argue against.