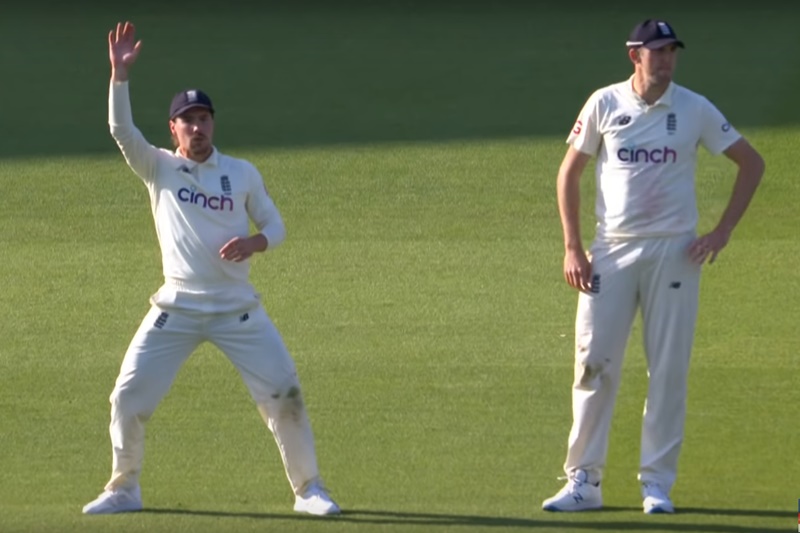 With all due respect to Chris Woakes’ bowling and Shardul Thakur’s batting, the highlight of day one of the fourth Test was unquestionably Rory Burns standing astride an imaginary pig, appealing for a run-out.

Ollie Robinson bowled; Umesh Yadav heaved mightily and edged it; Craig Overton at slip parried it up and behind him; Burns picked up the ball and threw down the stumps. Then he stood astride an imaginary pig and almost absent-mindedly appealed for a wicket. (Ollie, Olly, Oli is the new Alastair/Alistair, Graham/Graeme cricketer name shibboleth, by the way. Use the wrong one for the wrong person and you instantly mark yourself out as a cricket dilettante.)

It was quite the body language and only enhanced by Overton’s rural-simpleton-awaiting-assistance-from-a-family-member stance alongside him.

Burns intrigues us. He is England’s first relatively-inked-in opener in a long time and yet we feel like we barely know him at all. He is a fixture in the side, was Surrey’s captain and therefore presumably a coherent human being and yet we’re struggling to recall hearing him speak.

There’s also the small matter of his appearance to grapple with. He arrived in the side with a somewhat severe side parting with undertones of military sensibleness, but it then extended into a huge flapping nonsense before transforming into whatever-the-hell we have today. Cap on, there’s a dash of trailer trash about it. Cap off, it’s either 1970s tennis player or drummer in a jobbing metal band.

We can’t really get to grips with him and, somewhat paradoxically, that makes us warm to him. What look is he going for? Does he know? Was the pig-straddling appeal knowing or accidental?

Rory Burns is an enigma.