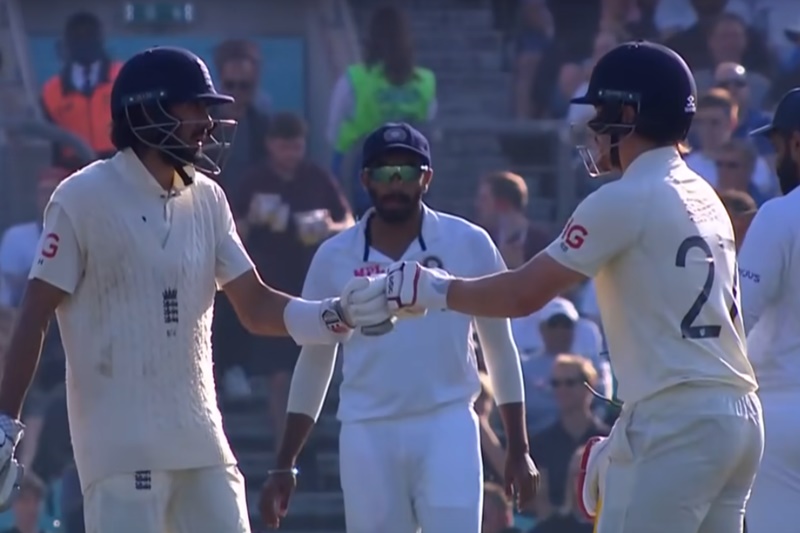 Plaudits to India, but this match featured a really weird and memorable passage of play that was pretty much nothing to do with the tourists’ magnificent performance. On the fourth evening, England’s openers delivered some incredibly generic, low octane Test match batting and we somewhat unexpectedly discovered that this really warmed our heart in some strangely fundamental way.

We are not, as a rule, a big fan of batting. We did a whole My Golden Summer thing for Wisden about the 2000 West Indies tour, which was basically just a couple of thousand words about how wickets are the most exciting aspect of cricket.

Runs may steer a game, but a wicket can sharply redirect it.

That’s what we love. That’s the type of cricket that really energises us. Fire and brimstone and chaos and calamity.

This means that we are currently enjoying something a shining era of Test cricket that seems almost exactly tailored to our taste. For quite a few years now, almost every session we’ve seen has been an attention-grabber. Games have been forever in the balance (or, if not actually in the balance, then being forcefully wrested from the opposition or actively thrown away).

It’s been tense and exciting and great, but then on the fourth evening of the fourth Test, Rory Burns and Haseeb Hameed came out and just sort of batted a bit.

It was nice to get an opportunity to see a couple of batsmen play for a bit. It was nice to see them sometimes play less-than-ideal shots without being instantly PUNISHED for doing so. Hameed repeatedly turned balls off his toes and down to fine leg without being LBW. It felt like we were seeing an aspect of his batting that was neither machine-like flawlessness nor an unforgivable professional failing.

Sometimes you can get to know someone better from this sort of middling nothingy stuff and it occurred to us that it has been a long, long time since we’ve seen a passage of play where those sorts of things have even existed. We can’t really remember watching England bat without it being a collapse, a counter attack or a suffocation.

There’s something to be said for filler. There’s a separate feel and mood that stems from it. The quiet bit is what makes the good bit the good bit, after all.

Sometimes even we as viewers benefit from bedding in for a while.

Get King Cricket articles by email.