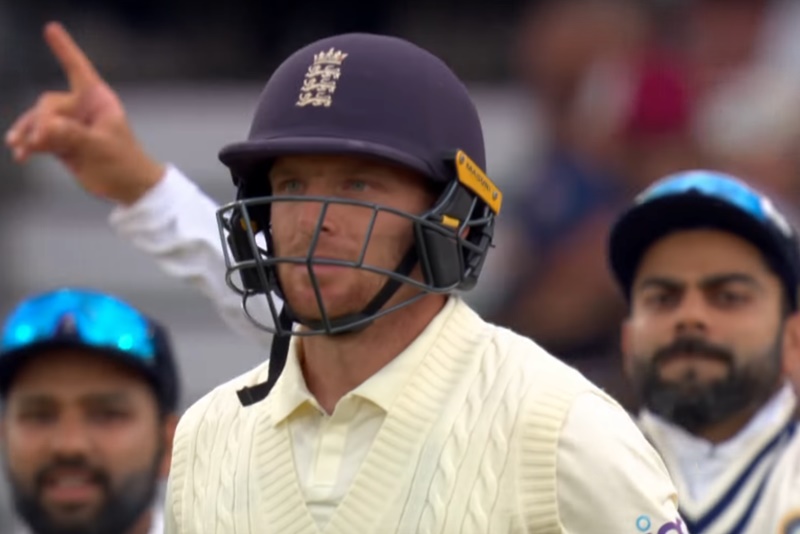 Well India are great and England seem massively out of their depth. So what are we left with? Let’s compare ducks.

This is not meant as a slight on Burns, who is a perfectly okay opener. It’s more a comment on England’s batting in a broader sense. After winning the toss in the first Test of a five-Test series, of course they were going to lose a wicket in the first over. This dismissal screamed, “Don’t get your hopes up!” in a shrill unignorable voice. So we didn’t.

Or maybe we did. Was it our imagination or did Jonny Bairstow look a little more solid during his medium length stint at the crease? He didn’t get clean bowled or anything. Bairstow arguably timed his dismissal more perfectly than any of his shots though – just in time for a downbeat tea interval. Still, if they could just start to build again after the break, you never kn… oh look, Dan Lawrence has immediately inside-nurdled one to the keeper.

Despite everything else written on this page, there are only really two types of duck. There are the ones that are too short to really conclude anything and the ones that are long enough to persuade you that the batter cannot currently bat. Buttler’s was the latter. But then at the same time, Buttler can bat. He can bat very well indeed. So could he maybe have gleaned and internalised something from his protracted runless visit to the crease that might set him up for a better performance next time around? And is this what we’re reduced to with an England innings now? Excavating a positive from the worst duck out of four?

Finally, the funniest one. Ollie Robinson scooping the ball to mid-on for all the world like it was exactly the thing he was trying to do. Presumably the ball stuck in the pitch a bit, or maybe he simply changed his mind mid-stroke. Whatever the cause, this was a dismissal so visibly shit, it’s actually quite hard to be angry about it. It seems pretty unlikely he’ll ever get out like this again. And even if he does, having this as your most likely mode of dismissal would be really funny.

Here ends our article about England’s latest four-duck Test innings. We move that henceforth, all England Test innings be measured not by runs, but by how many ducks they featured.

Here’s how you can get King Cricket articles by email.