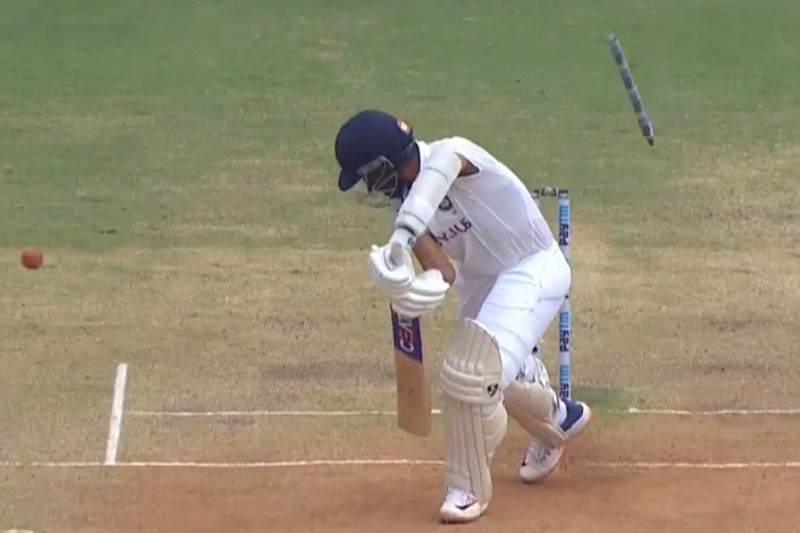 England are about to play Test matches against India. Maybe we’ll just concentrate on that for a bit.

We don’t know about you, but these last few weeks have sapped our enthusiasm a bit. It’s not the Hundred itself, which is flawed and a bit silly, but still fundamentally cricket. It’s the coverage of it and the arguing about it and the fact that the least-balanced positions on both sides (why do there have to be sides?) are the ones you find yourself exposed to the most.

We thought we’d get the chance to write some good stuff about the Hundred, but the atmosphere around it has just been too wearying.

It’s been like walking into the kitchen at a party to find a bunch of people near-screaming at each other about some issue or other. Even if they’re arguing about something you care very deeply about – like a member of your family or the climate crisis or Deadwood – you can’t possibly enter the debate at that point. The roundabout is already spinning too quickly and it’s impossible to climb aboard.

All you can do is slink out again and seek out something less incendiary.

And huzzah, we have just such a thing. Because we have been blessed with an engagement famously immune to any kind of polemica: an England v India Test series.

When these teams met earlier in the year, scores were low. India have since lost some openers, while their middle-order bankers – Virat Kohli, Cheteshwar Pujara and Ajinkya Rahane – continue to misfire. England, meanwhile, are England. They have as many as two batsmen who average over 35 and one of them is Haseeb Hameed. India’s pace attack is tasty. England’s knows the conditions.

It’s going to be a runfest. Mark our words.

Sometimes it just goes this way. Everything seems to shout “collapse-off” and then the teams hit a couple of flat pitches. As the batters slowly remember a thing or two, the bowlers find they have entirely forgotten how to bowl to non-lemmings.

So that’s our prediction: hundreds for everyone.

First of all, please let R Ashwin get a game. He is a cricketer we rate really highly and a cricketer who we honestly really rather like, but whenever India come to England, they ask him to carry the drinks. This is insane because he is not a great drinks-carrier. You want someone lithe and quick for that job. Pick a young ‘un for ferrying the beverages and leave Ashwin to his cricket.

There is also the delightfully bonkers possibility/probability that India won’t pick a bowler who averages 10.59 in Test cricket. The mind-boggliness of this is compounded by the fact that Axar Patel’s record was created against England. This year.

Rohit Sharma will open and one way or another that will be fun and result in arguments. These will be familiar, inclusive arguments though. We can all gather round and fall out with each other genially and without creating deep ruptures. And whenever things do seem like they’re getting a bit too heated, someone can always bring the temperature down a notch by mentioning that time Sharma ate 25 fried eggs in one sitting.

The most strikingly inclusions for the first Test are Jonny Bairstow and Haseeb Hameed, who we mentioned earlier. One of these players would carry great goodwill into a Test match, were he picked. The other would not. They both should, really. Given what he has overcome – what he continues to manage really – the former should be celebrated every time he plays this game.

Look, there’s loads more than this to chew over. We’ve barely scratched the surface. We haven’t even mentioned India’s astonishing series win in Australia or James Anderson’s near-identical reverse swinging yorkers from earlier in the year, for example.

The point is that a five-match England v India Test series offers up an awful lot of distractions.

Seek them out. Be distracted.