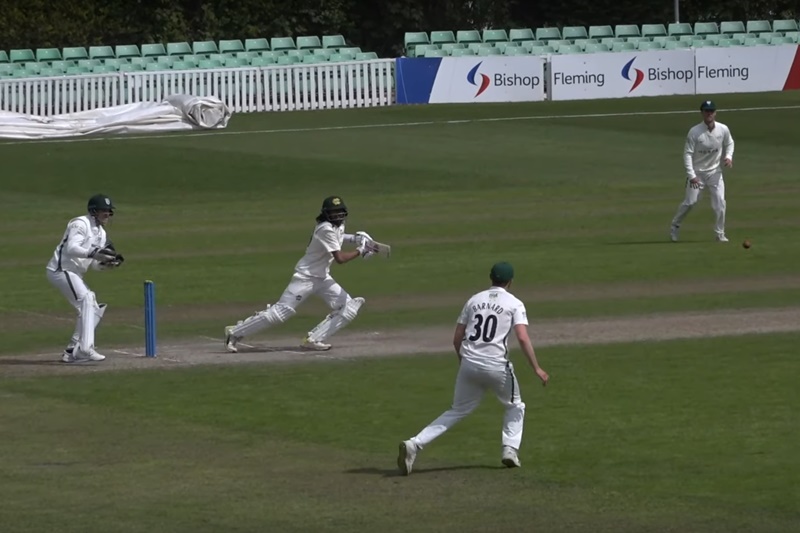 Everything unravelled for Haseeb Hameed at Lancashire. You got the sense that the unravelling momentum was so great towards the end that the county were switching between management strategies every other day in a desperate bid to stumble on something that worked. In contrast, Hameed’s new county, Nottinghamshire, have settled on dealing with him in one particular way. And they’ve stuck with it.

Lancashire’s director of cricket, Paul Allott, once said that Hameed’s extreme loss of form was a “complete and utter mystery.”

In a famous quote, Allott told BBC Radio Lancashire: “We gave him more opportunity, probably, than he deserved all through the summer.” Then as if to illustrate the mad oscillation between carrot and stick, he added: “But, having said that, I’ve not seen a more talented young opening batsman in my 40 odd years in the game.”

A few months later, Allott told Wisden that Hameed was, “hanging on by his fingertips at Lancashire.”

Allott doesn’t emerge from this particularly well. But it’s a snapshot in time. What we were seeing was a club that had already tried any number of logical things at a point where the logical ideas had dried up.

By persisting with Hameed through years of runlessness and variously cajoling, encouraging or bollocking him into performing better, Lancashire had developed a very complicated relationship with the player. Every interaction with coaches, management and players will have been loaded with meaning, one way or another.

After being released, he joined Nottinghamshire, where pretty much everyone just wanted him to do well.

Peter Moores is almost a figure of fun to some people after his two failed stints with England. But to a lot of young players, he is a figure of fun in an entirely positive way. Quite a lot of cricketers very much enjoy playing under a coach who can be more supportive than most.

Moores can pick out and lift a young player. James Anderson was just some lad who spent lunch breaks bowling at a single stump before Moores became England coach. Stuart Broad, Matt Prior and Graeme Swann all came to prominence during his first tenure too.

He is unfailingly effusive when he speaks about Hameed and the club have also made him vice-captain for the Championship and captain of the one-day side.

It is easy to look at all this and Hameed’s consequent recall into the England squad and conclude that this is what Lancashire should have been doing all along. But it doesn’t work like that. Complexities have been stripped away.

Hameed’s operating in a simpler environment now. There’s no history. There are no failed experiments. His time at Nottinghamshire is characterised by constant progress. This is a great trajectory to be on and there’s no real need to dwell on the fact that it’s a hell of a lot more likely when you’re starting from such a low ebb.

You can get our articles by email, either when they go out or once a week. You can sign up here.