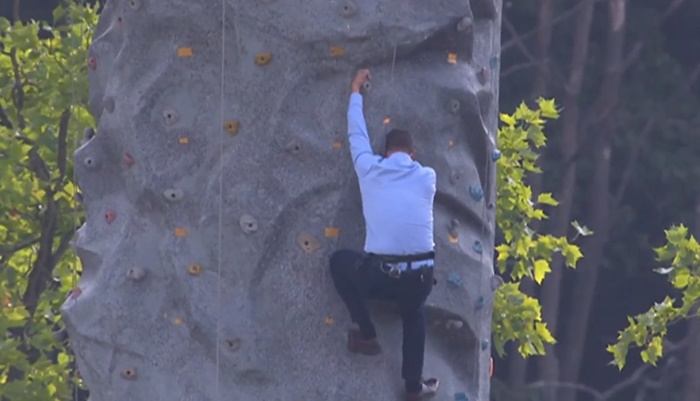 For some reason the segment began with Rob Key attempting to ‘floss’ with a bunch of kids. As far as we’re aware, this is not a recognised method of warming up for rock climbing.

For what it’s worth, Rob is an inexpert flosser. We would consider this to be ‘a good thing’.

Now here’s Rob on the wall.

Like we say, we’re no expert, but we can see at least one issue here and possibly two.

The first issue is that he’s wearing his normal shoes. Modern climbing shoes are about 90 per cent magic. If you can actually managed to cram your feet inside them, you’ll find that the soles have spectacular Spider-man qualities.

Climbing in normal shoes is like riding the Tour de France on a shopping bike with a basket on the front. You can sort of do it, but you’re putting yourself at a huge and needless disadvantage with your choice of equipment.

The second issue is with that left arm. As we understand it, the best way to climb generally involves smaller hand movements, although we can’t exactly remember the reasoning and may have this exactly wrong.

This was Rob’s next move. 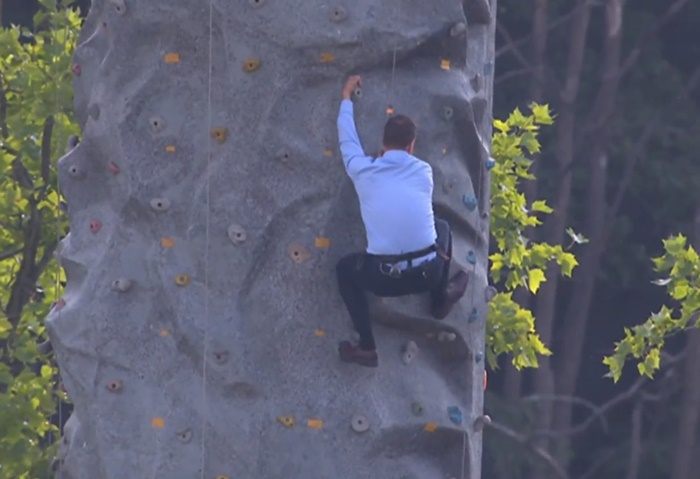 We think you’re generally supposed to be closer to the rock. Rob seems to be making things harder for himself. Maybe he felt he needed more of a challenge.

Rob was told he was only a stone away from being “too heavy for the rope”. Again, we’re no expert on climbing, but we’re pretty sure the ropes are made strong enough to hold the weight of a great many men, so this is either damning or a cruel lie.

Despite all of these hindrances, Rob successfully made it to the top, where he was extremely dignified. 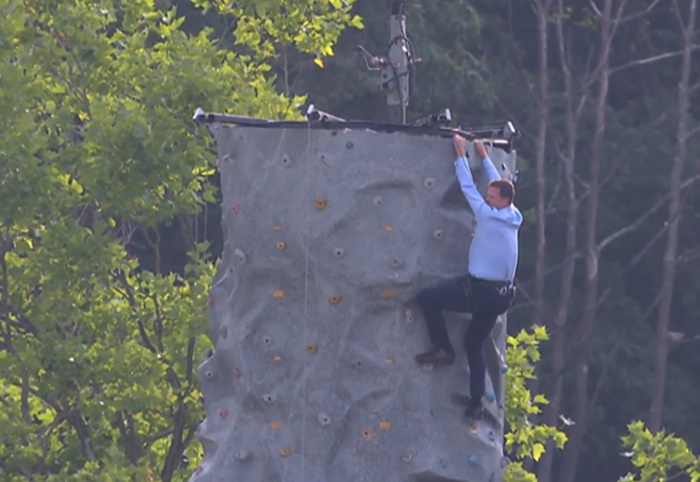 Whenever we’ve been climbing, there’s been a sandwich at the top. There’s nothing at the top here, so that seems a bit disappointing. Rob would definitely have preferred to find a sandwich.

The only thing left to do was descend, which apparently you do by just throwing yourself off the wall. 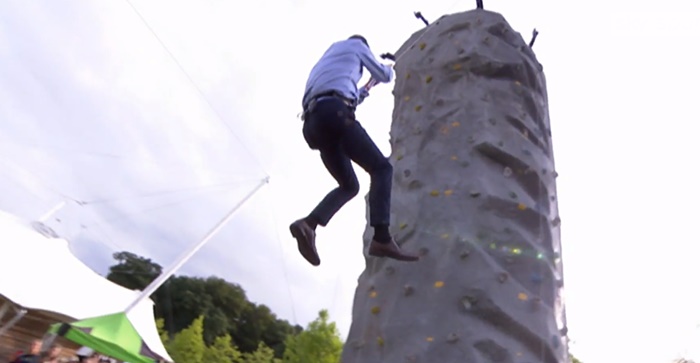 Cats are much better at climbing up things than down things, so it’s reasonably accurate to say that Rob has cat-like climbing abilities.